In January 2018 Comme un chef by Benoît Peeters and Aurélia Aurita was published. An album about he autobiographical experiences of Benoît Peeters in cooking when he was a student. Around the publication Peeters gave several interviews like in the Liberation.

On February 11, 2018 the radio adaption by Bruno Letort of La Tour was aired on France Culture radio.

In March 2018 Alexandre Obolensky passed away. François Schuiten has done many projects with this great artist. 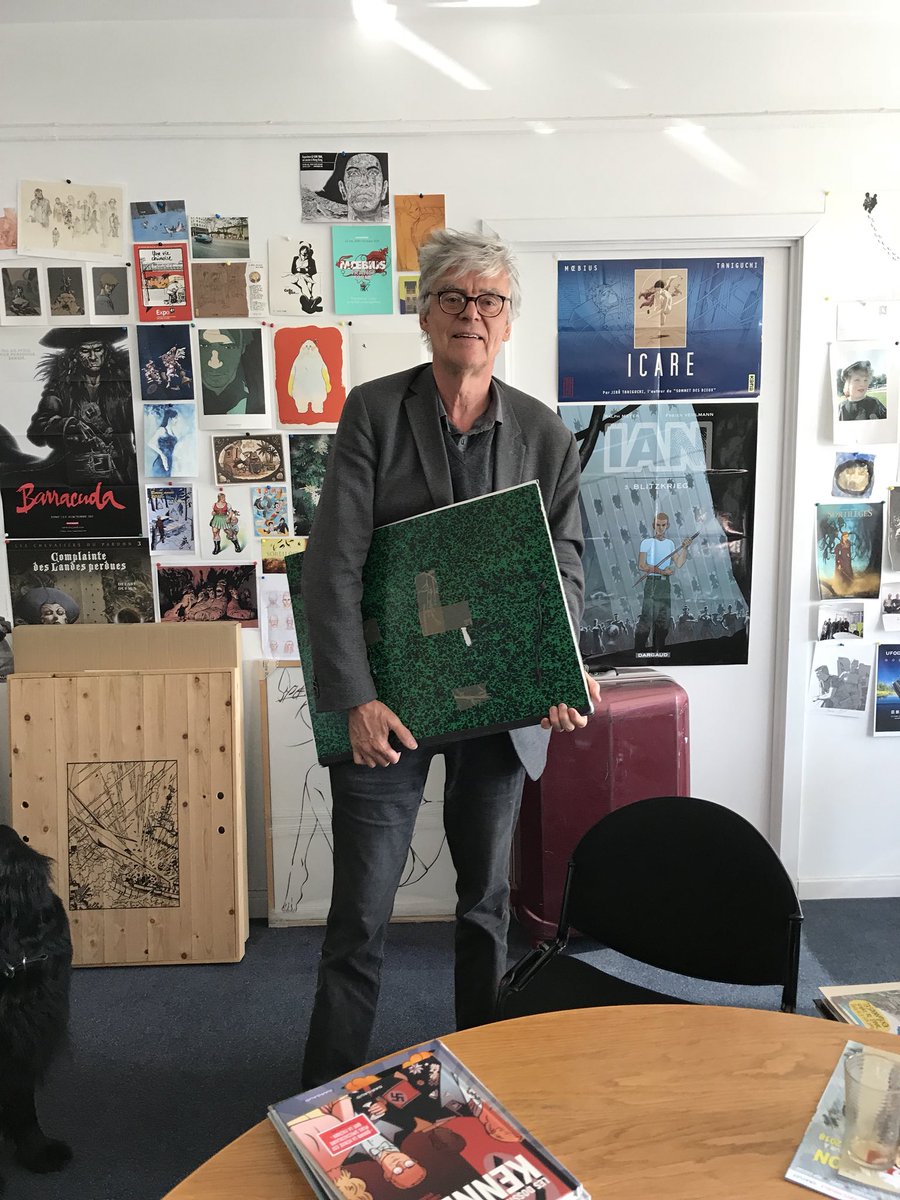 In 2018 it was confirmed that François Schuiten is working on a tribute album of Blake and Mortimer. The series originally made by Edgar-Pierre Jacobs. In 2018 also an investigation started to find out what happened with the original drawings by Jacobs, a subject near to the heart of Schuiten.

About forty works of Schuiten formed a course in the medieval city of Semur-en-Auxois during the summer of 2018. In parallel with the exhibition in the city, the Museum of Semur-en-Auxois present about thirty original drawings of François Schuiten. Atlantic 12 published the announcement poster as a large print. 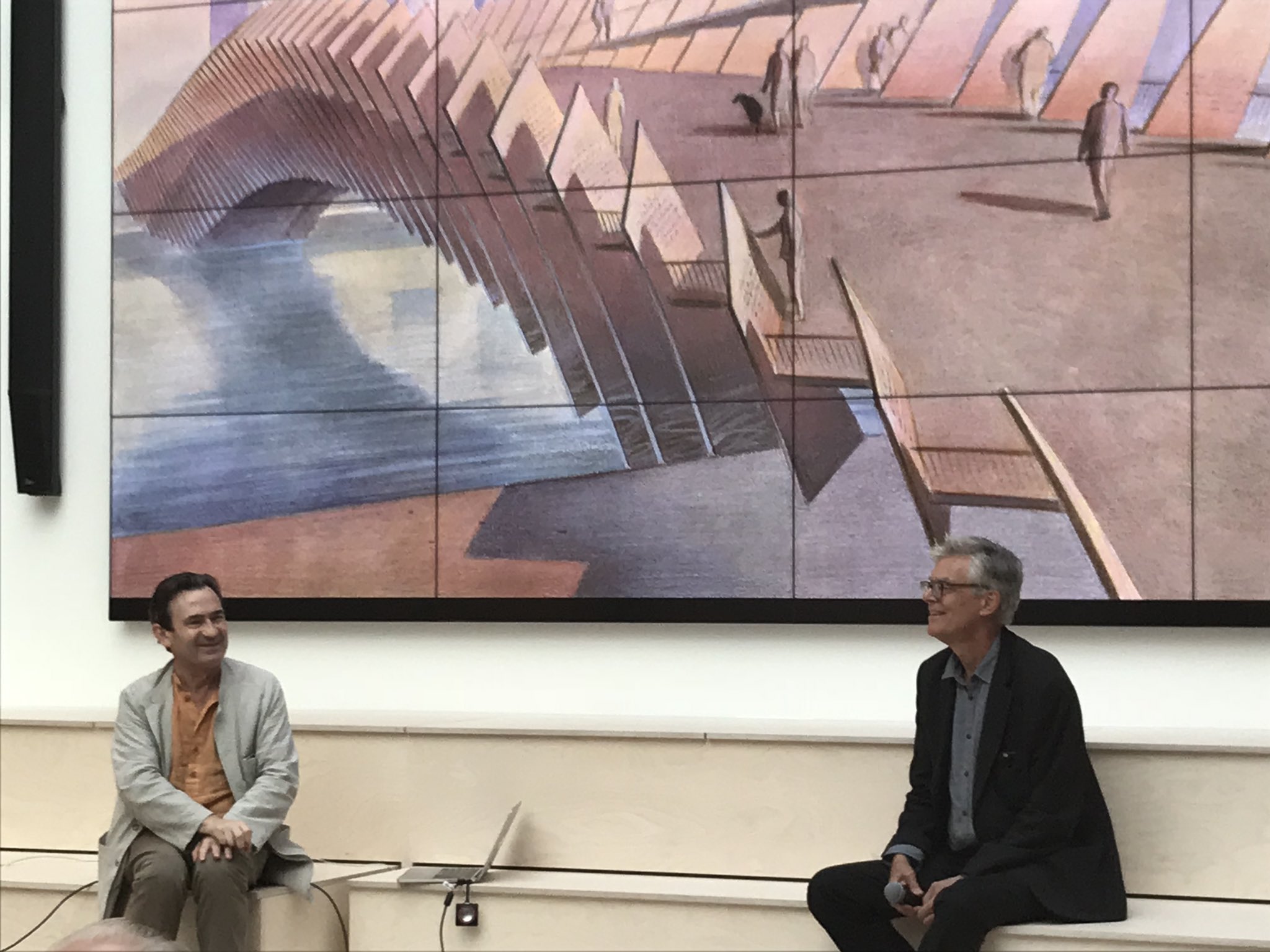 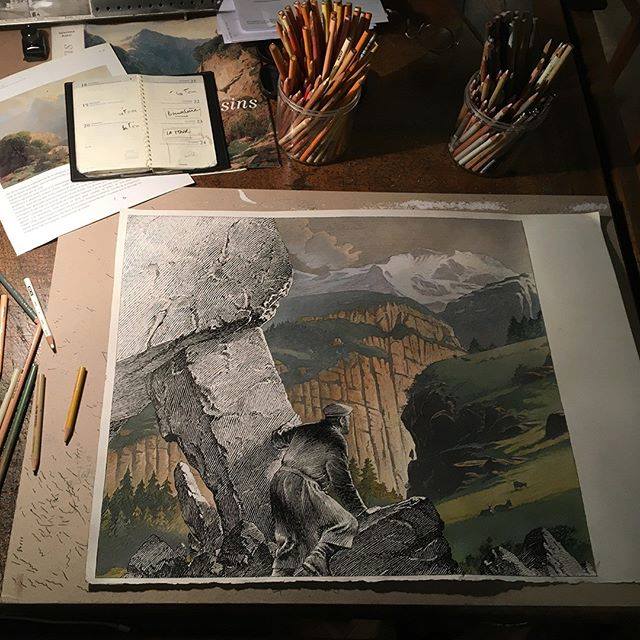 Atlantic 12 published two beautiful screen prints with the release of these volumes: 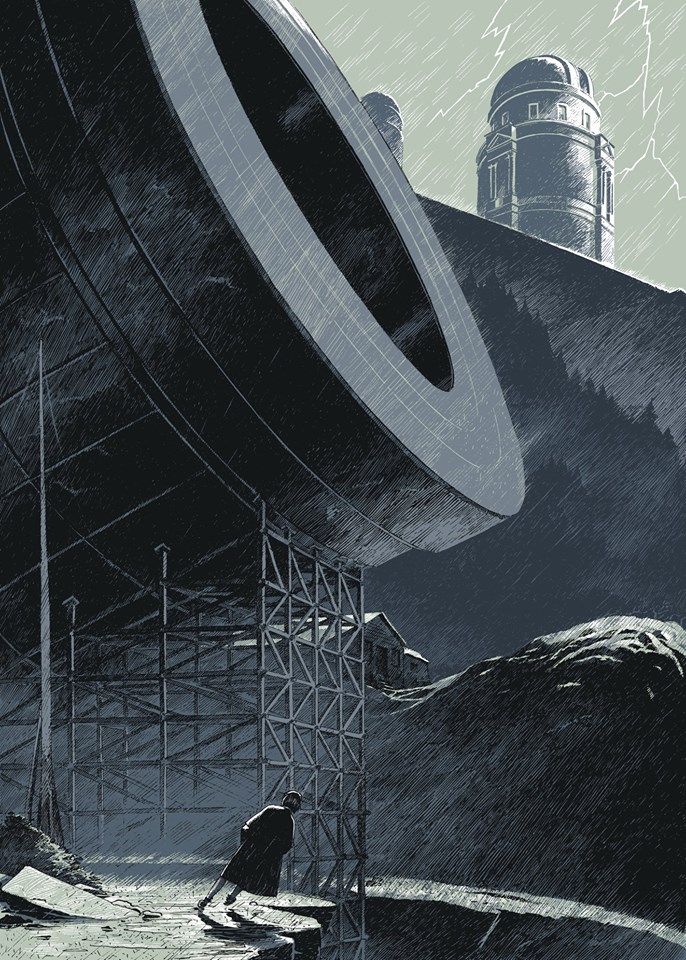 This last album was also published as Erinnerung an die ewige Gegenwart in German.

With the publication of the integral edition of Revoir Paris the movie À quatre mains was released online. The movie shows the corporation of Schuiten and Peeters while working on Revoir Paris.

In October the Prix de la Critique 2017/18 was made by François Schuiten and Karl Theiss.

For the start of Bozar 2018 Schuiten and his brother Luc designed a tram in Brussels; Le Tramapatte. During Bozar 2018 Benoît Peeters had a dialogue with Jean-Philippe Toussaint.

In November 2018 François Schuiten was interviewed for Tout le Baz'Art. In this interview it was suggested that François Schuiten will stop with making comics, but “When it comes to stopping comics, things are not so clear. I do not have a comic project at the moment and I do not intend to get back to it anytime soon. I have plenty of film projects, shows, books, etc. some with Benoît Peeters.”

Gladly there are still projects with Benoît Peeters and drawing projects to look forward to. “The Obscure Cities may also continue to extend in other forms. Everything is possible if we remain surrounded by ambition and passion”. 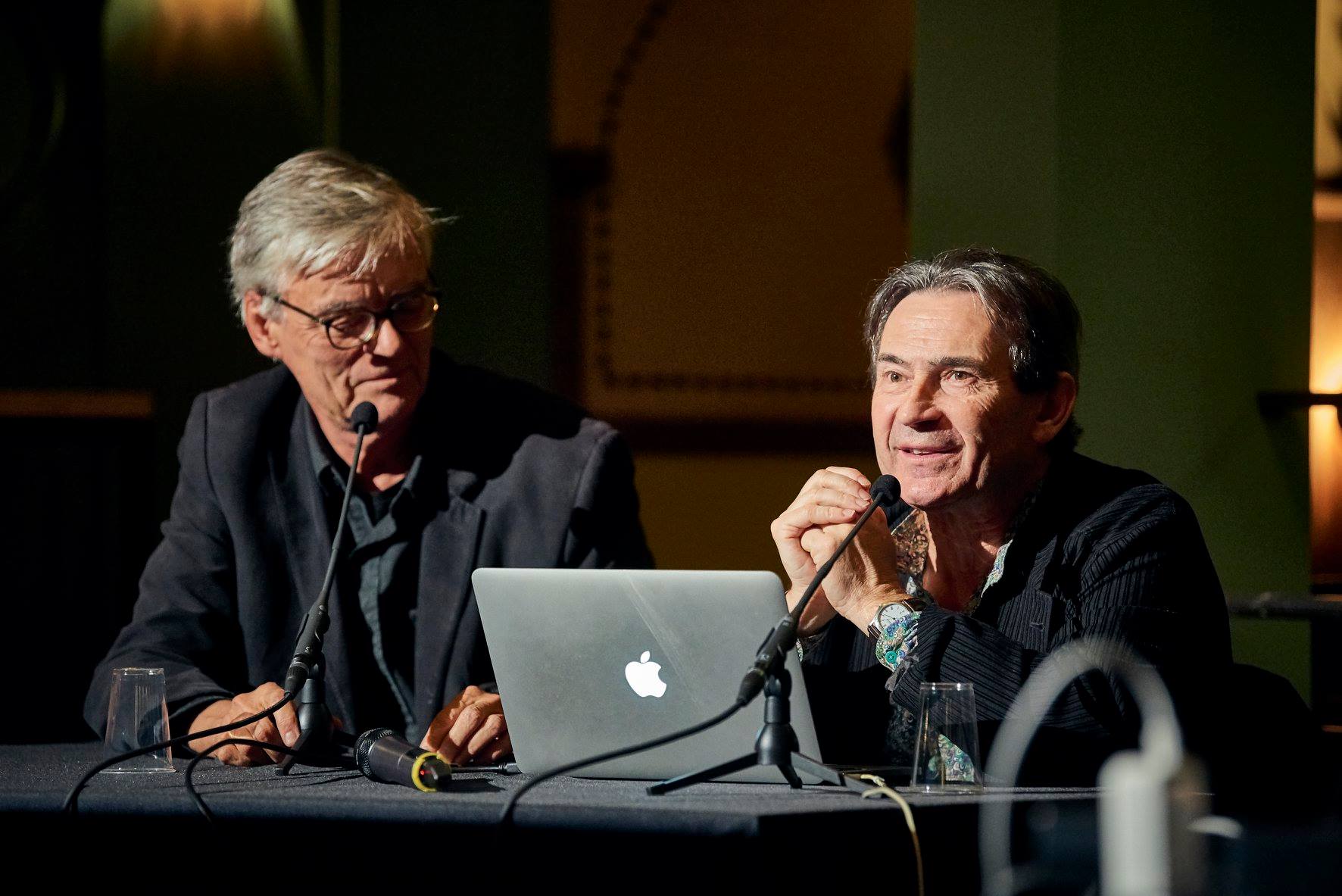