You are here » The Obscure Cities » Dictionary » Jacobs, Edgar-Pierre

Edgar-Pierre Jacobs is a Belgian cartoonist (30 March 1904 – 20 February 1987), probably in Brussels or its vicinity. He was of a discrete nature, and we know very little about his private life. He had a huge influence the cartooning art in our world, and he probably got to visit the Obscure universe, for many traces of his work can be found there 1). 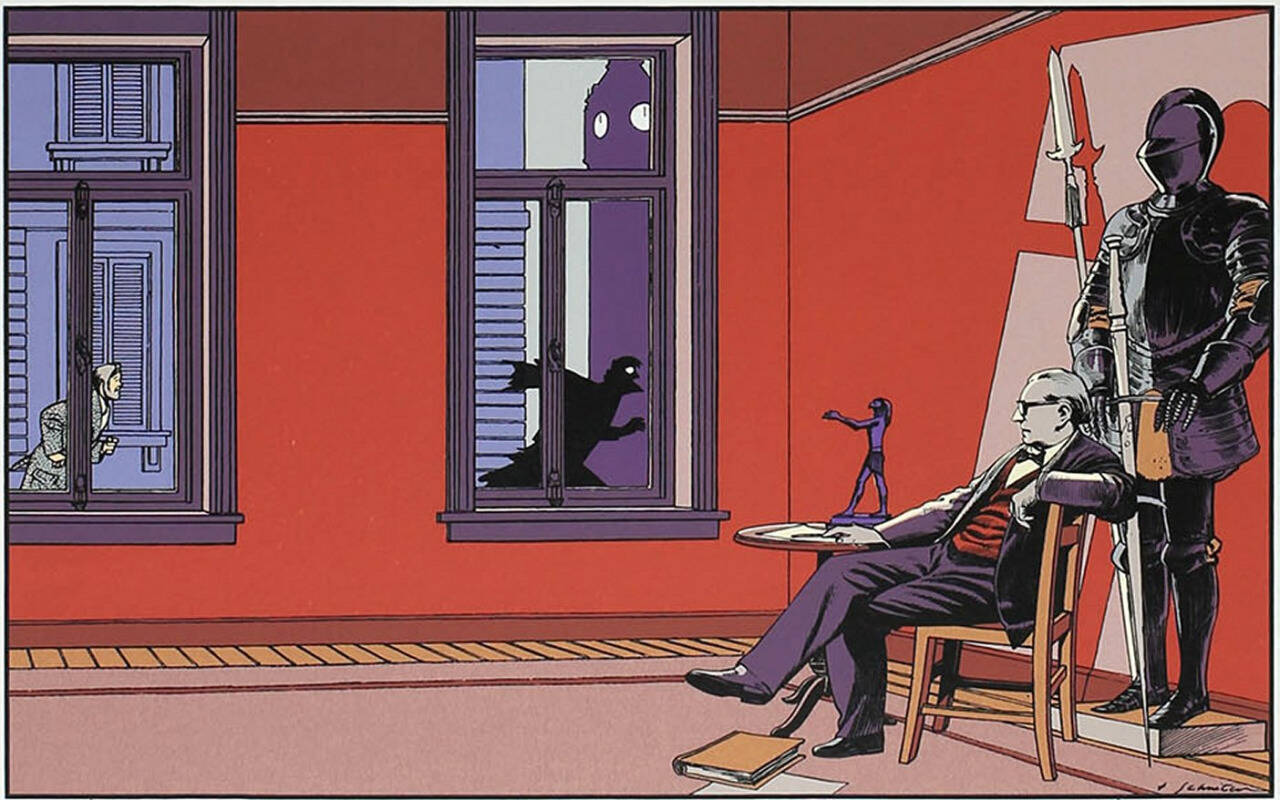 Tribute to Jacobs, from the port-folio La Marque Jaune by Archives internationales productions