Martin Villeneuve worked during summer 2018 with François Schuiten in the South of France. Probably on the storyboards of "The Other World" movie.

During one of these sessions he made the following picture of François Schuiten. 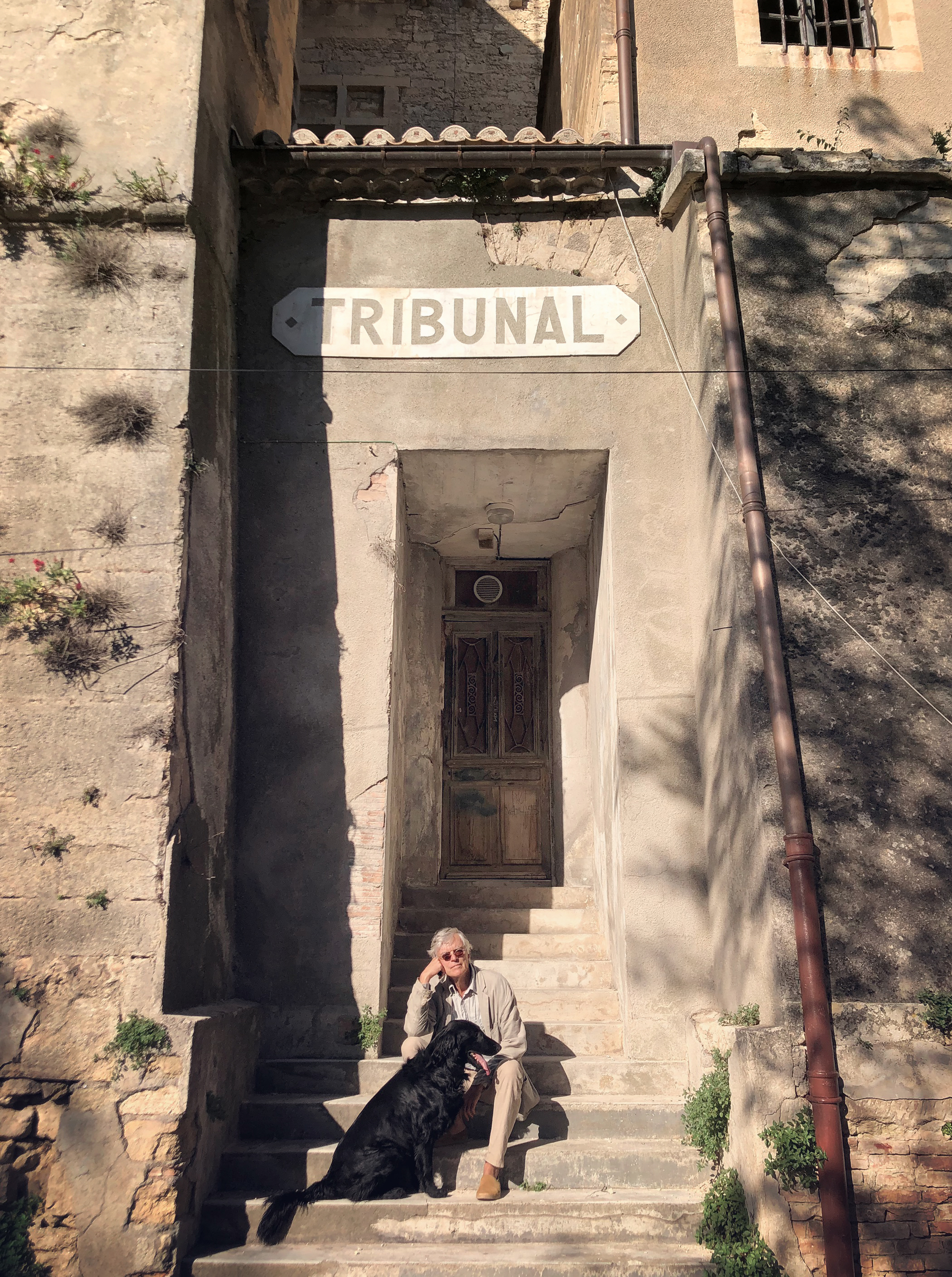 Martin wrote the following: “I met him for the first time in 2007, and have admired him since childhood. His cult comic book series, Les Cités Obscures, has left a lasting impression on me, and continues to fascinate me two or three decades later. He did me the honor of accepting to work on my first feature film as Production Designer, and today we are developing two other films together. Here is my portrait of master François Schuiten, entitled TRIBUNAL, captured unexpectedly in the beautiful city of Uzès in Southern France.”