You are here » The Obscure Cities » Dictionary » Hangar Y

Hangar Y is the first airship hangar in the world, located north of Paris in the city of Meudon, and one of the few still standing. France's first airship to achieve a closed circuit was built here by Charles Renard and Arthur Constantin Krebs 1).

Hangar Y is so named because it appeared under the letter Y in some plans. It was built in 1878 in the Central Establishment of the Military Air Station in the park of Chalais-Meudon. Its dimensions are 70 meters long, 24 meters wide and 20 meters high 2).

Hangar Y has been classified as a historical monument since 4 June 2002. Since 2018 the site has been redeveloped so Hangar Y can become a venue for exhibitions and events devoted to science, With 1,200 m² dedicated to the history and future of the airship, and space with 1,500 seats for cultural and musical events 3).

In 2019 François Schuiten and Laurent Durieux visited the site.

For the exhibition “La Science à Meudon” François Schuiten and Laurent Durieux has revisited the Hangar 'Y' in a superb illustration created together. The screen print was published in July 2020 by Atlantic 12. 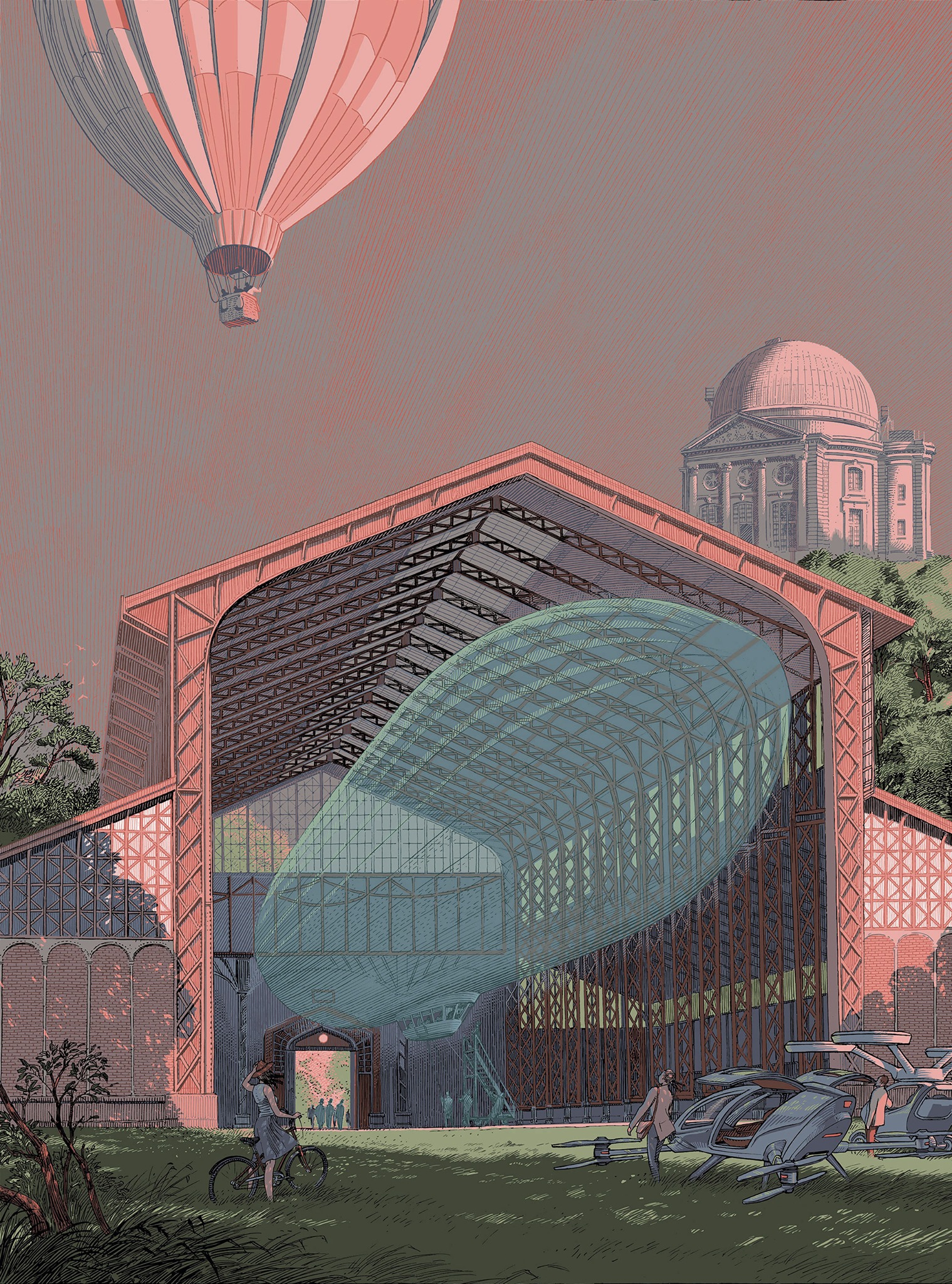 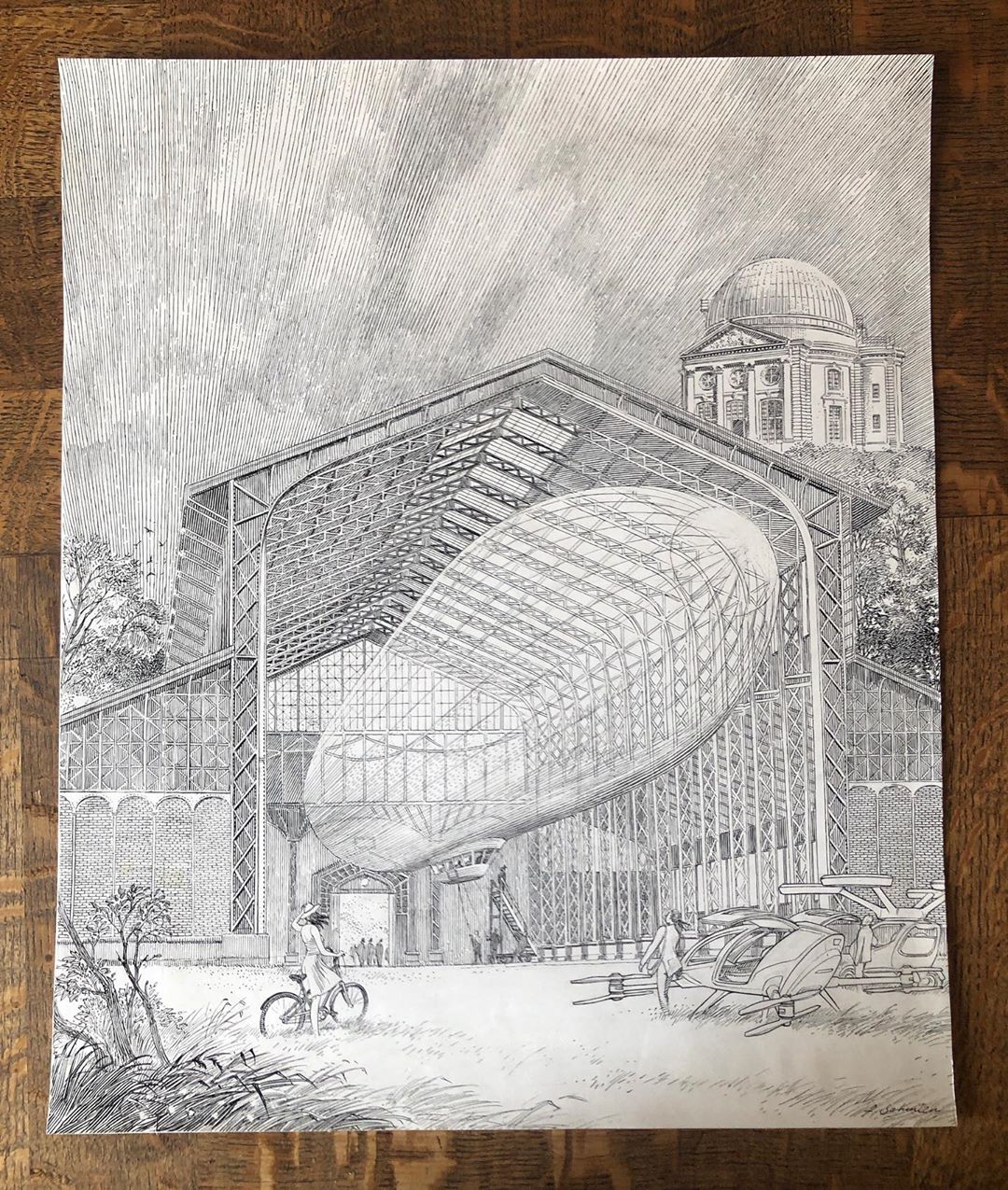 In March 2022 François Schuiten revisited the image with a new variant of the Hanger Y image. The image was focused horizontal. This new version was also coloured afterwards. 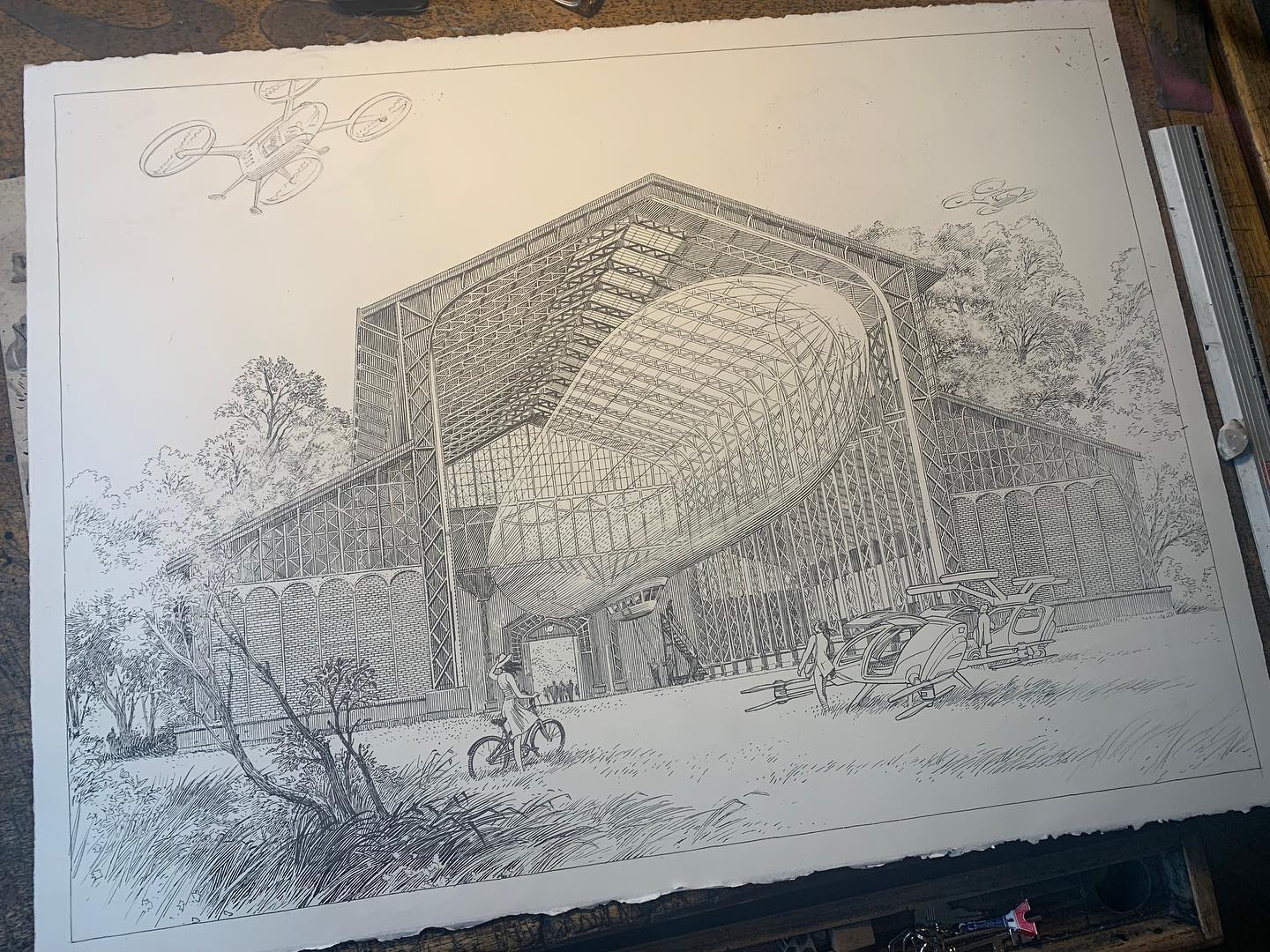 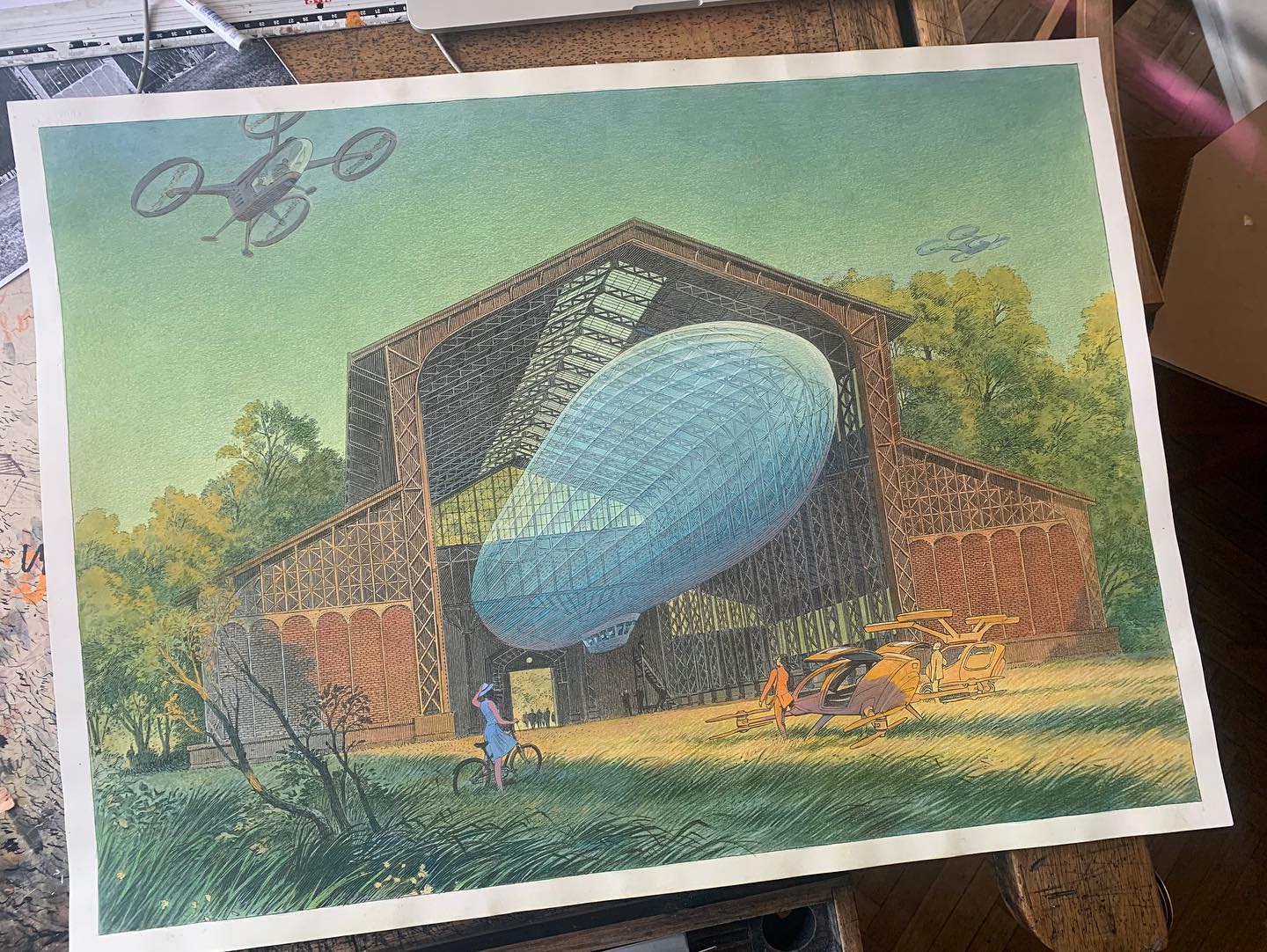