You are here » The Obscure Cities » Dictionary » Type 29

The NMBS/SNCB Type 29 was a class of 2-8-0 steam locomotives built between 1945 and 1946. The class was ordered and used to help revive the operations of the National Railway Company of Belgium (NMBS/SNCB) following World War II. The locomotives were assembled in Canada and the United States, and supplied to Belgium under the auspices of what later became known as the Marshall Plan 1).

One member of the class, no. 29.013, has been preserved by the NMBS/SNCB for display at Train World, the Belgian national railway museum at Schaerbeek railway station in north-central Brussels 2).

December 2018 François Schuiten made the following image showing the Type29 in front of the Schaerbeek railway station.

From work in progress… 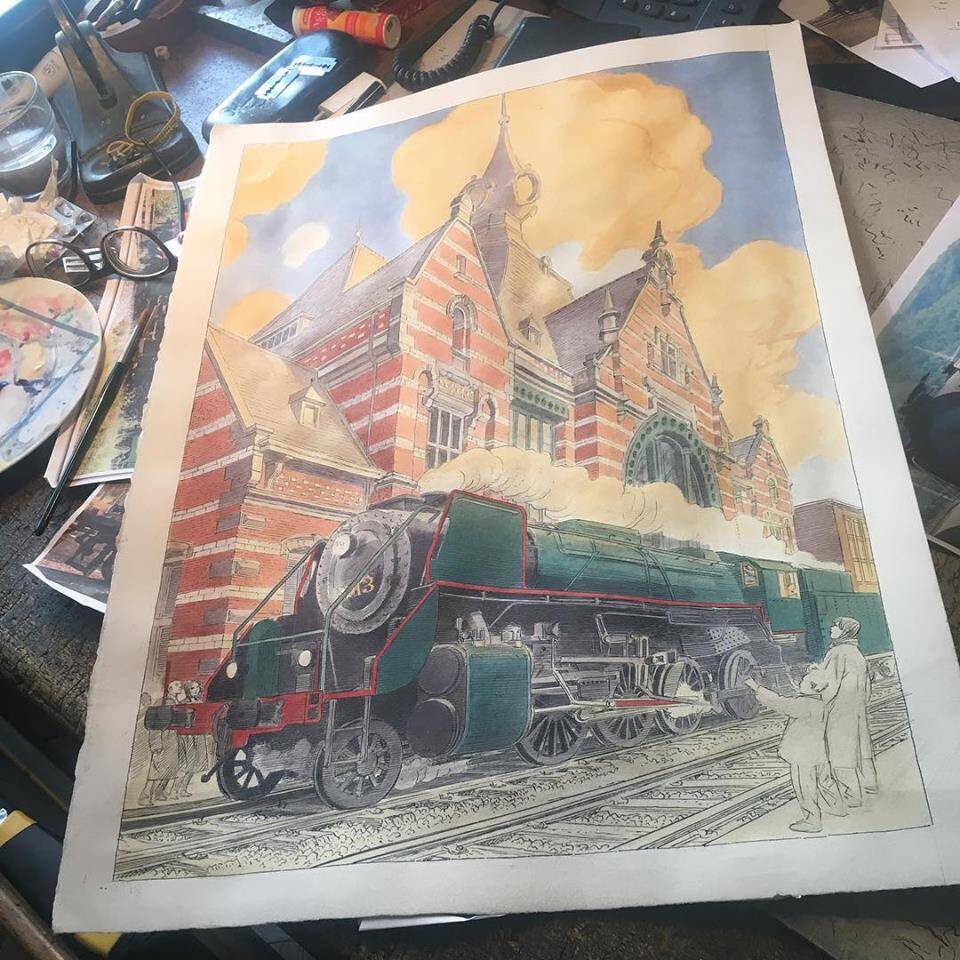 til the final version 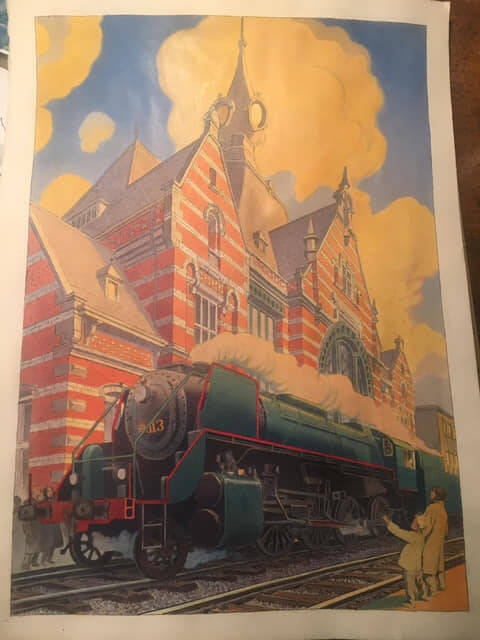