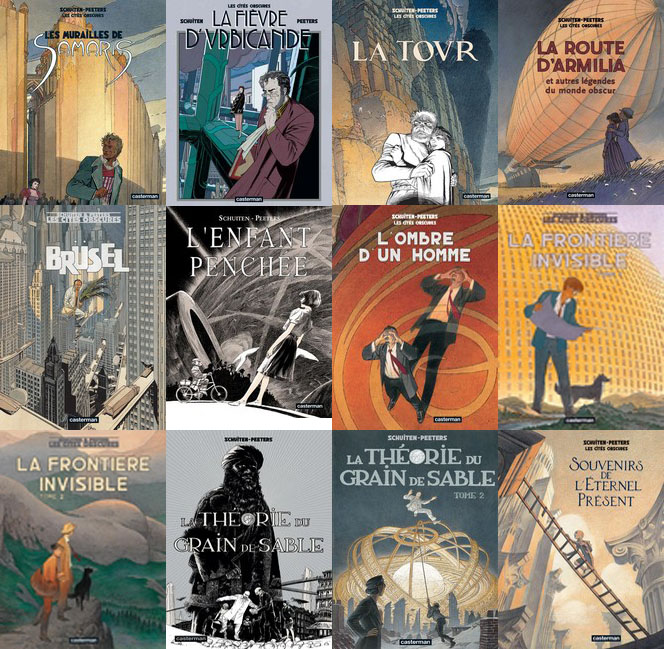 Casterman will publish the Les Cités Obscures series in four integral albums over the next two years.

After these four integral volumes of the Les Cités Obscures series, a fifth album is planned with the stories about “future cities”: Revoir Paris and Les Portes du Possible.

The publication of the integral editions of Les Cités Obscures looks like the end of this series, but this might not be true according to Benoît Peeters. “I am still working on projects with François, like the McCay exhibition in Cherbourg. But a new story together has to wait until François has finished his project about Blake and Mortimer”. What kind of story they will make is still not decided. “A story about Les Cités Obscures is certainly not forbidden”.