You are here » The Obscure Cities » Dictionary » Semur-en-Auxois 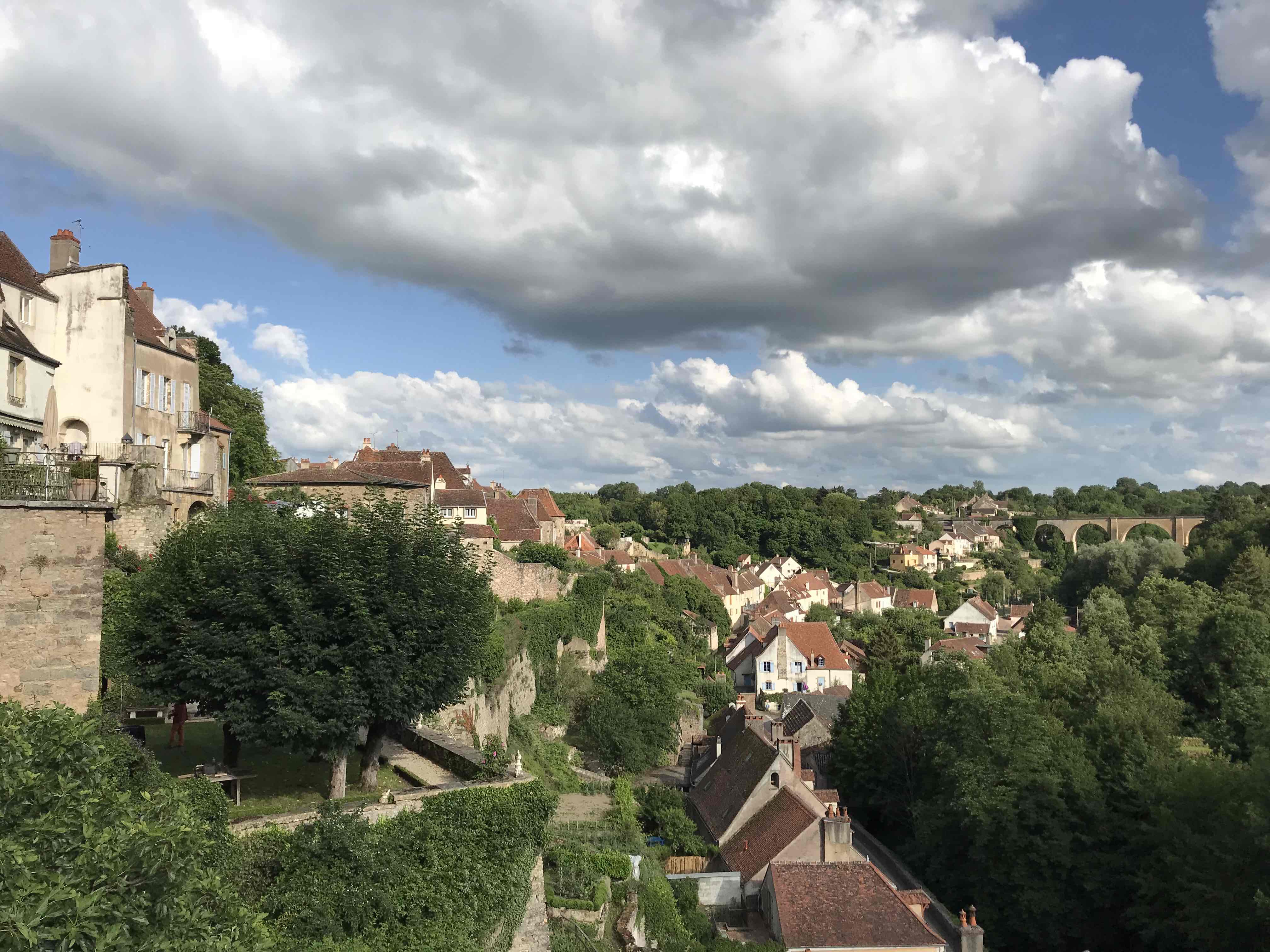 Semur-en-Auxois is a commune of the Côte-d'Or department in eastern France. Semur-en-Auxois has a medieval core, built on a pink granite bluff more than half-encircled by the River Armançon. The river formerly provided motive power for tanneries and mills, but its flow is now somewhat reduced by the Lac de Pont. The dam was built upstream in the 19th century to provide water for the Canal de Bourgogne 1).

In 2018 François Schuiten was invited to exhibit on the walls of the city. 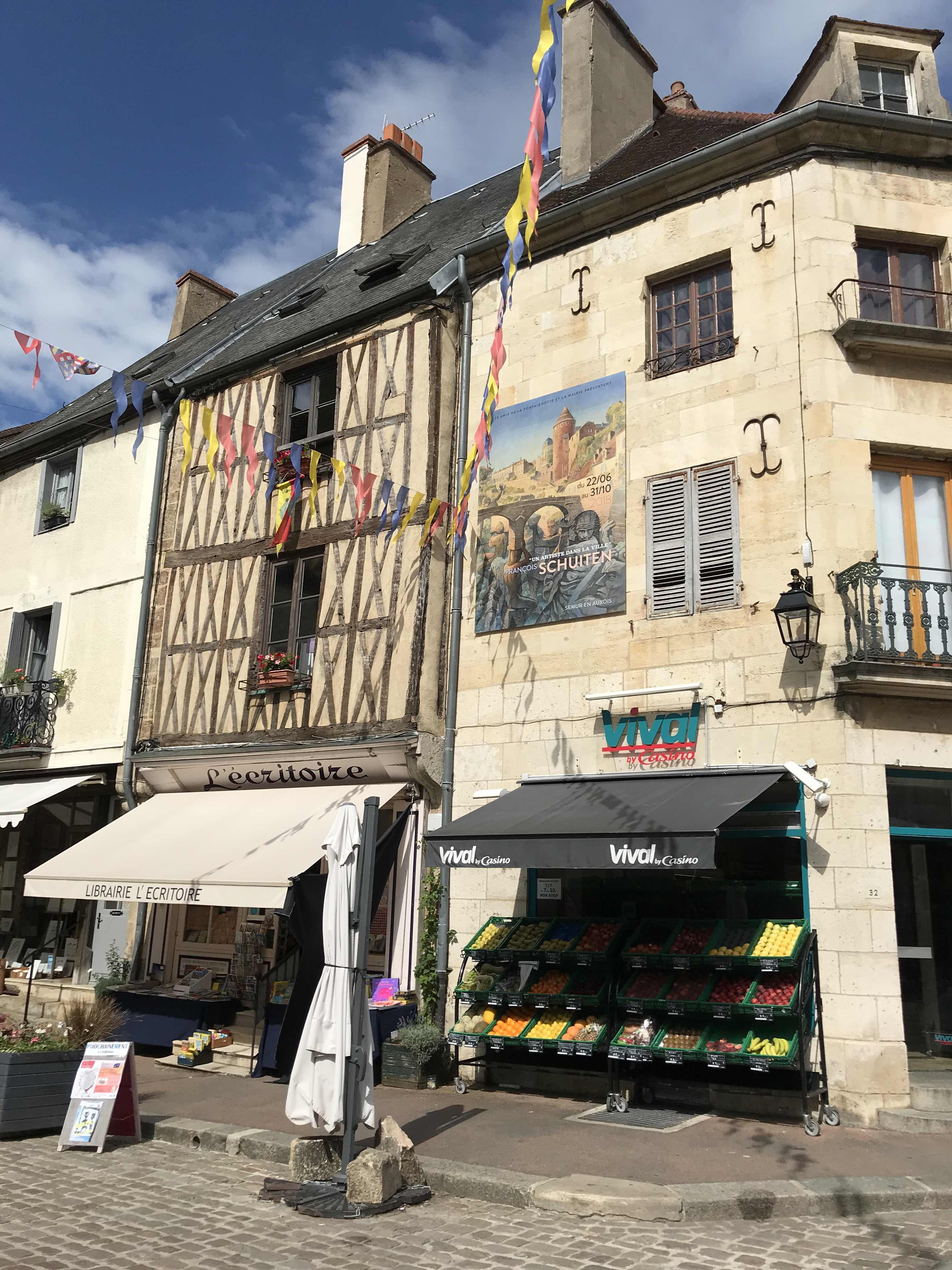 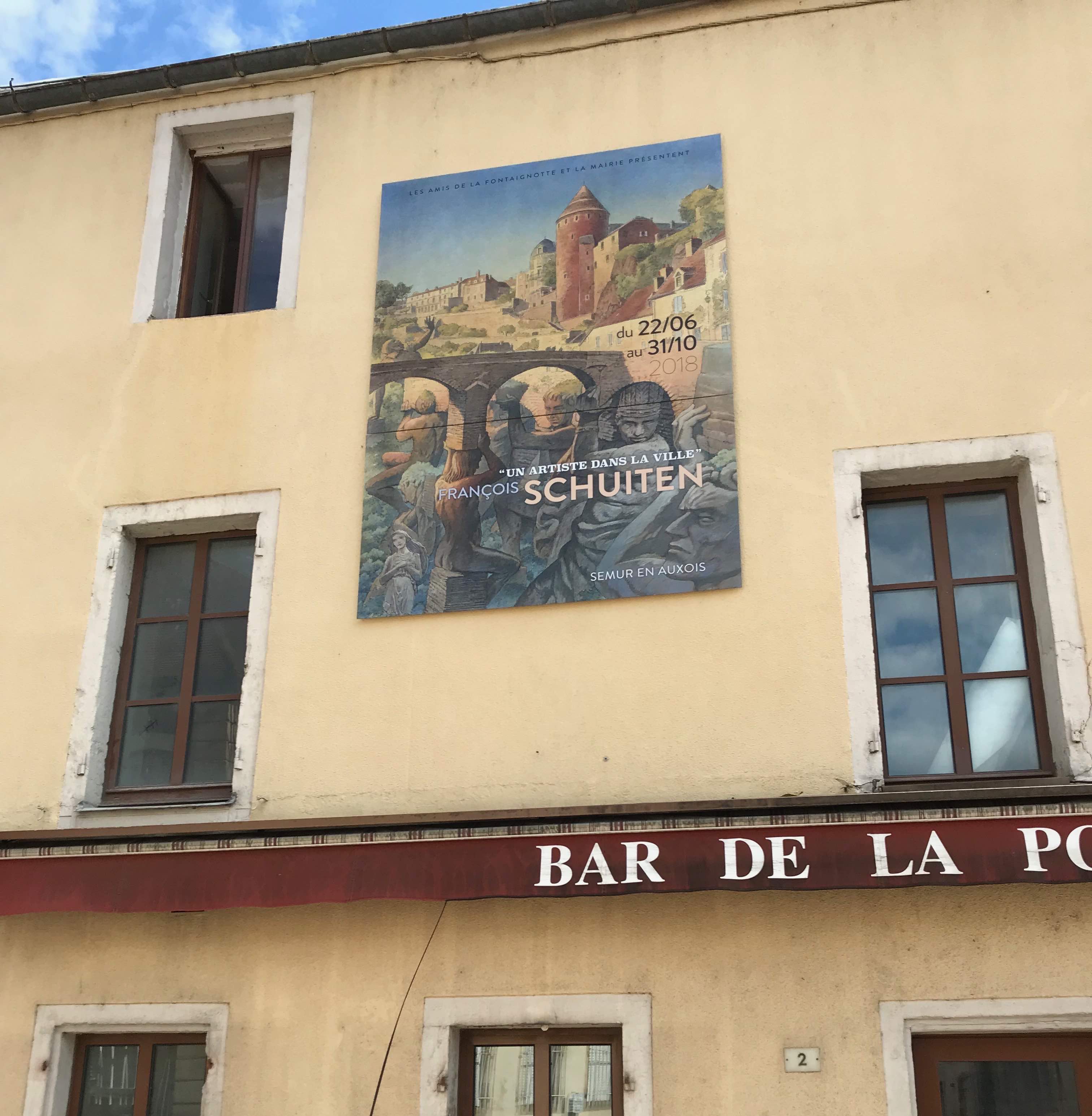