La Fièvre d'Urbicande [Fever in Urbicand] is the second volume of the chronicles of the Obscures Cities, published in 1984. A coloured edition was published in 2020. 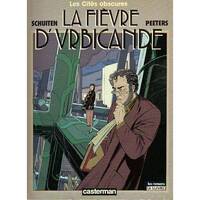 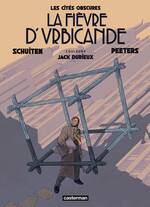 This story, which made its debut in the September 1983 issue of (A Suivre) was published in black and white. Although at the beginning, exhausted by the very long coloring of Samaris, Schuiten intended to entrust the coloring of Urbicande to Françoise Procureur. Procureur is a colorist, who worked also with Alain Goffin (Le réseau Madou) and Phillipe Geluck (several Le Chat albums). Although she was very talented, Schuiten and Peeters soon realized that it would not work as the progress of the coloring was too slow. They decided to switch to black and white and have redesigned the first pages and the chapters of the album.

At 94 pages, this story ran for considerably longer than the 48 that used to be considered an unbreakable tradition of the Franco-Belgian school of cartooning. A 1992 re-edition of the album also includes a report by Isidore Louis, from L’Archiviste, about the Network and its effects on the social fabric of the Obscure World. The original term Réseau has been translated by “Web” in some English versions, but “Network” is more accurate.

The deluxe edition of 1983 had an added booklet: Carnet de voyage. A very rare booklet these days.

In 2020 Casterman published a coloured edition, with colours done by Jack Durieux. See the dossier about this project with all the details.

Designs for the 1985 edition of La Fièvre d'Urbicande.

Eugen Robick, Urbatect of Urbicande has been working on restructuring Urbicande for the Commission of High Instances. The South side of Urbicande has been done and he wants to continu with the Northern part: to make the city symmetrical again. But the Rapporter General is not listening. Even the third bridge over the river is denied.

While thinking on how to convince the Commission of High Instances Eugen Robick receives a cube found by Klaus and Friedrich during ground works of the Von Hardenberg company. The cube starts to grow and turns into a network. Soon the network is too big for his house. Eventually the network connects the South and North side of Urbicande with each other. Together with his neighbor Sophie he visits the North side. The network disturbe the whole structure of Urbicande. After the winter the network starts to grow again and soon becomes so big you can not see it again. Robicks friend Thomas, who has become the new Rapporter General, tries to convince Robick to help him to recreate the network, but Eugen denies and tries his own way.

At the 1985 comic festival of Angoulême La Fièvre d'Urbicande won the award for best album. 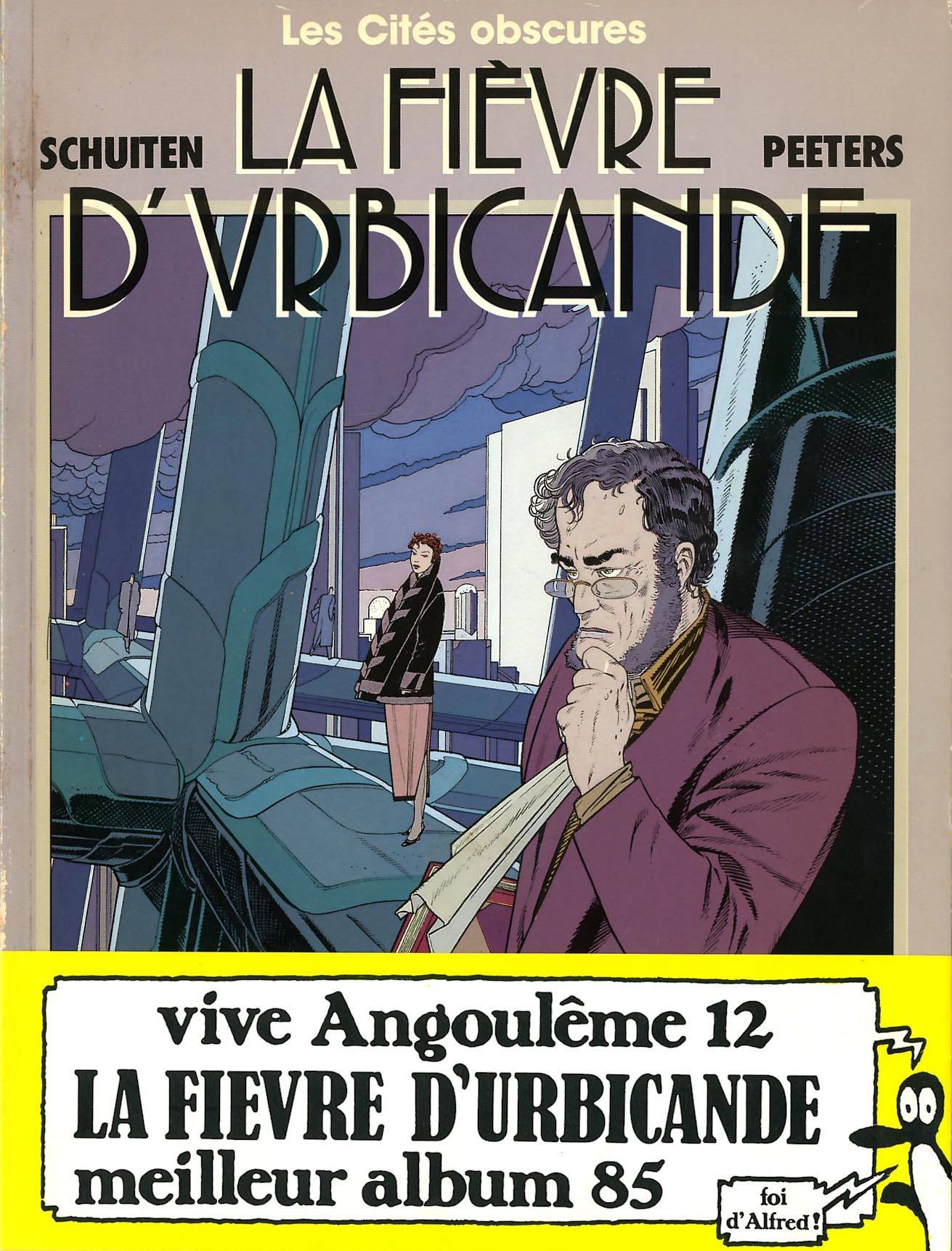 Former president François Mitterrand visited the stand of Casterman during the 1985 festival. You can see Benoît Peeters and François Schuiten on the right in the picture.

Some pages of the original album.

The first five pages of the 2020 coloured edition. 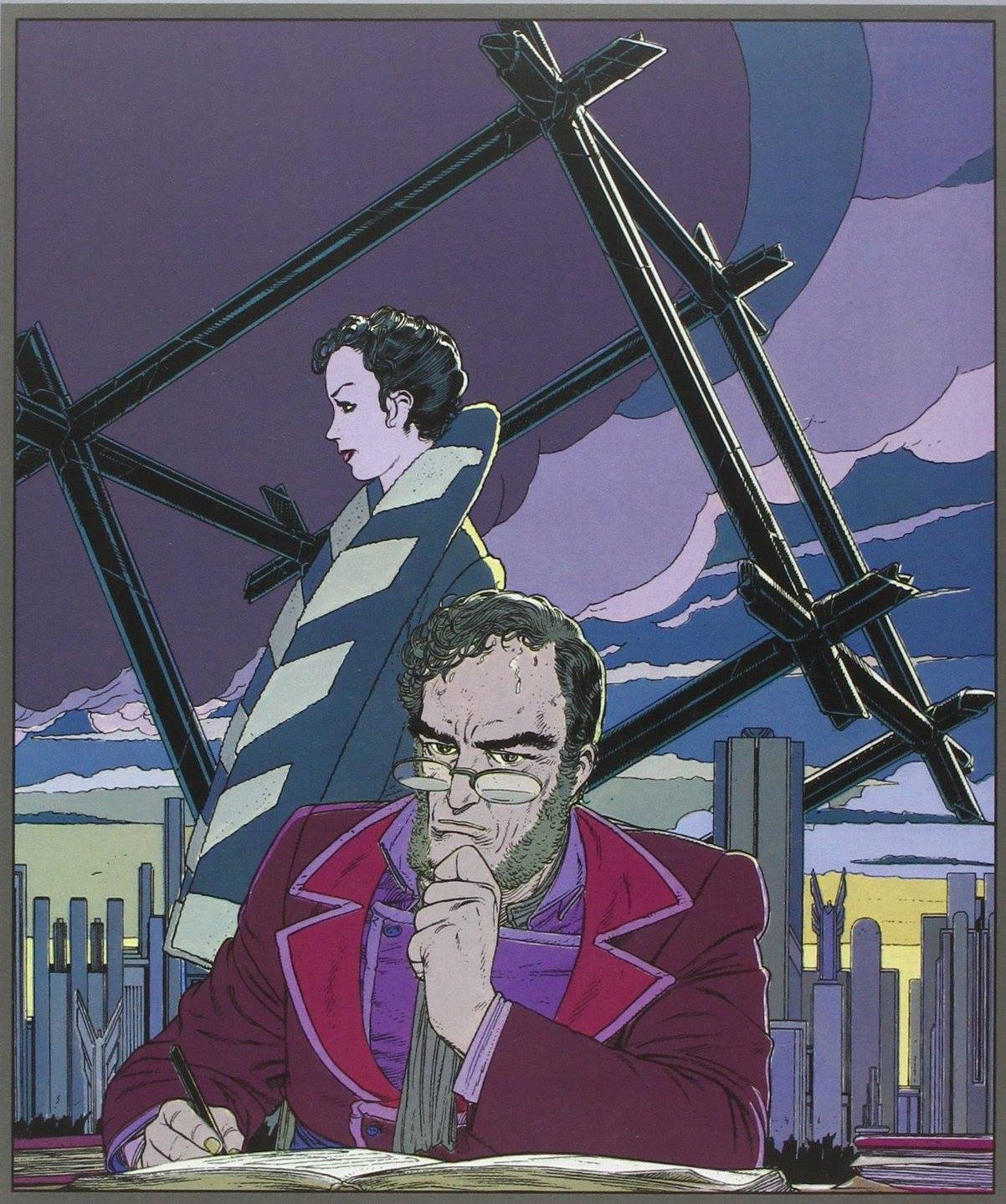 After Les Murailles de Samaris that was drawn in colour, La Fièvre d'Urbicande was made in black in white. The initial pages were coloured by Françoise Procureur, but they were never published. The pace of the colouring was too slow, so Schuiten and Peeters had to switch to black and white. This has also impact on the length of the story so it could be treated as a « Roman (à Suivre) », a series that was only published in black & white by then.


Casterman published a new coloured version in October 2020. The album is coloured by Jack Durieux. the brother of Laurent Durieux who did the colouring of Le Dernier Pharaon also based on the black and white drawings by Schuiten. 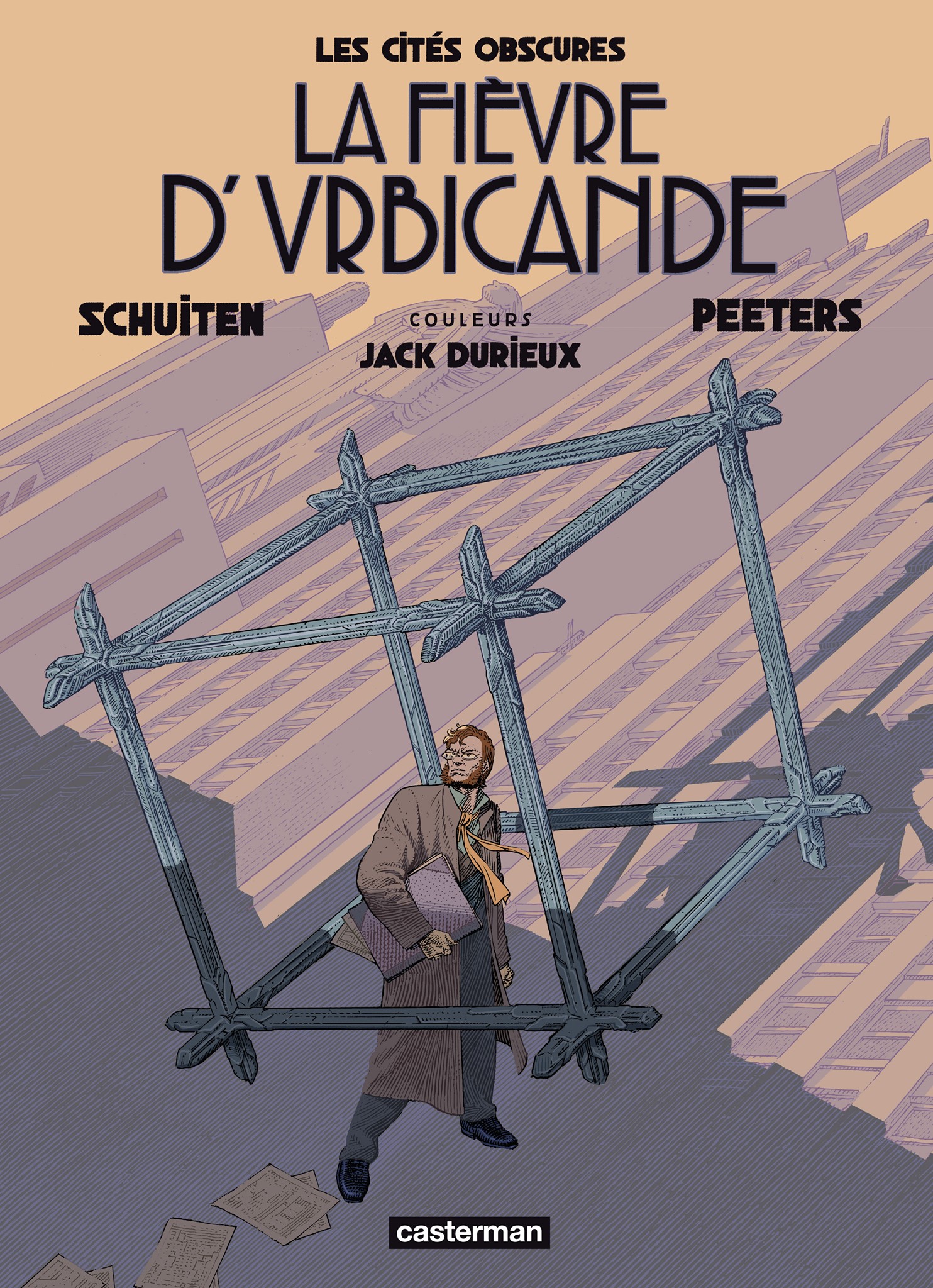