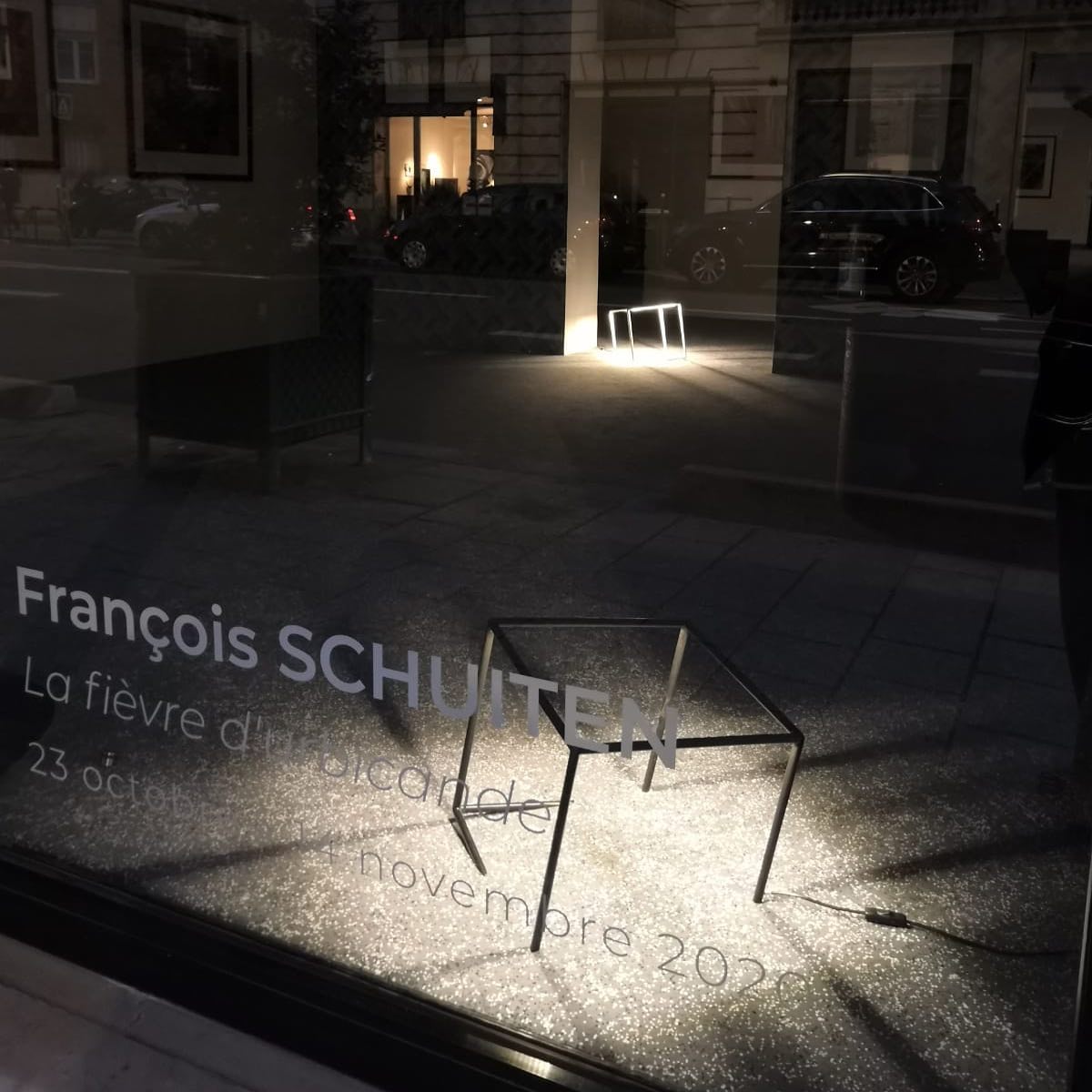 The exhibition/sale that takes place at Galerie Huberty & Breyne will not only present the original black and white cover of La Fièvre d'Urbicande but also five cover projects from 1985. In addition three silkscreen prints from the album itself which were enhanced with pastels and then subsequently rescreened. A unique process carried out by Yves Amatheis.

In addition to these originals, there are ten prints with pigmentary inks (high-definition digital prints), using a box or a plate from the colorized edition of La Fièvre d'Urbicande. Each one is printed in only 3 copies. All signed by Schuiten, Peeters and Durieux. 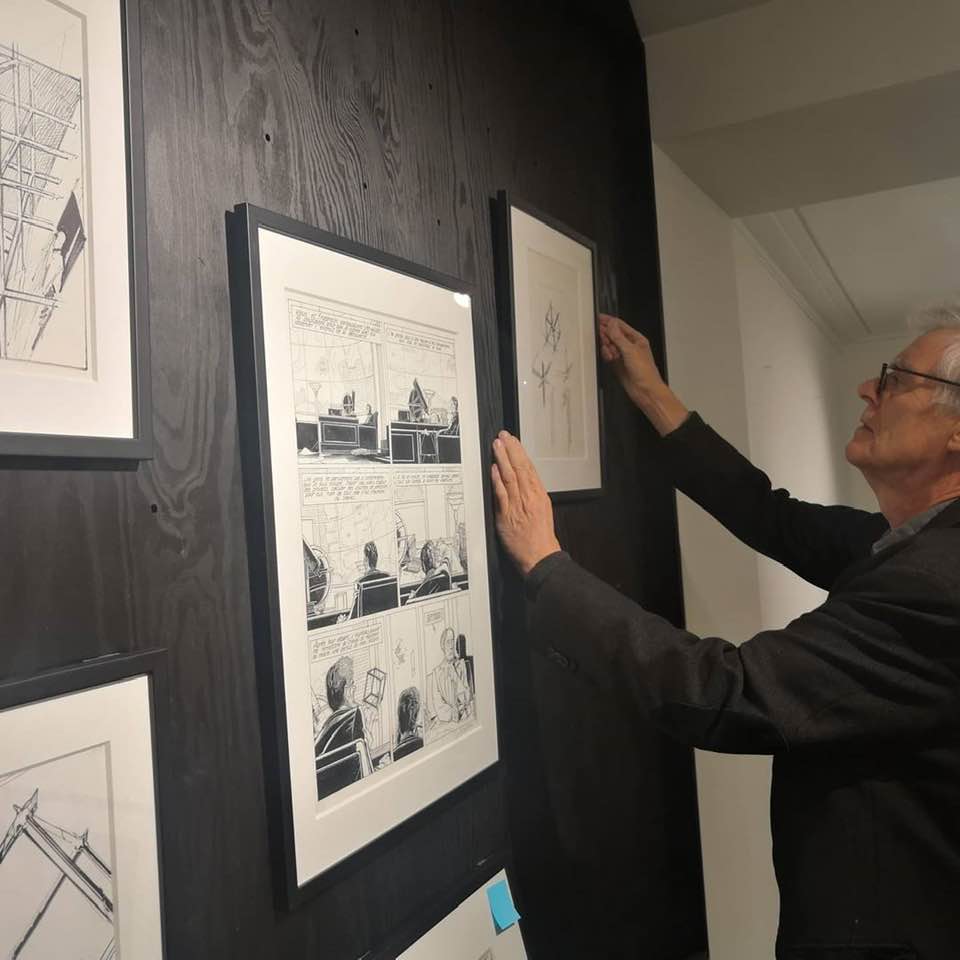 An artisanal silkscreen print comprising no less than 11 color passages and printed in 100 copies will also be presented, as well as a very old (1984) silkscreen print by the master Gilles Ziller.

Alongside these unique pieces, various drawings, sketches and preparatory pencils are also presented in the exhibition. 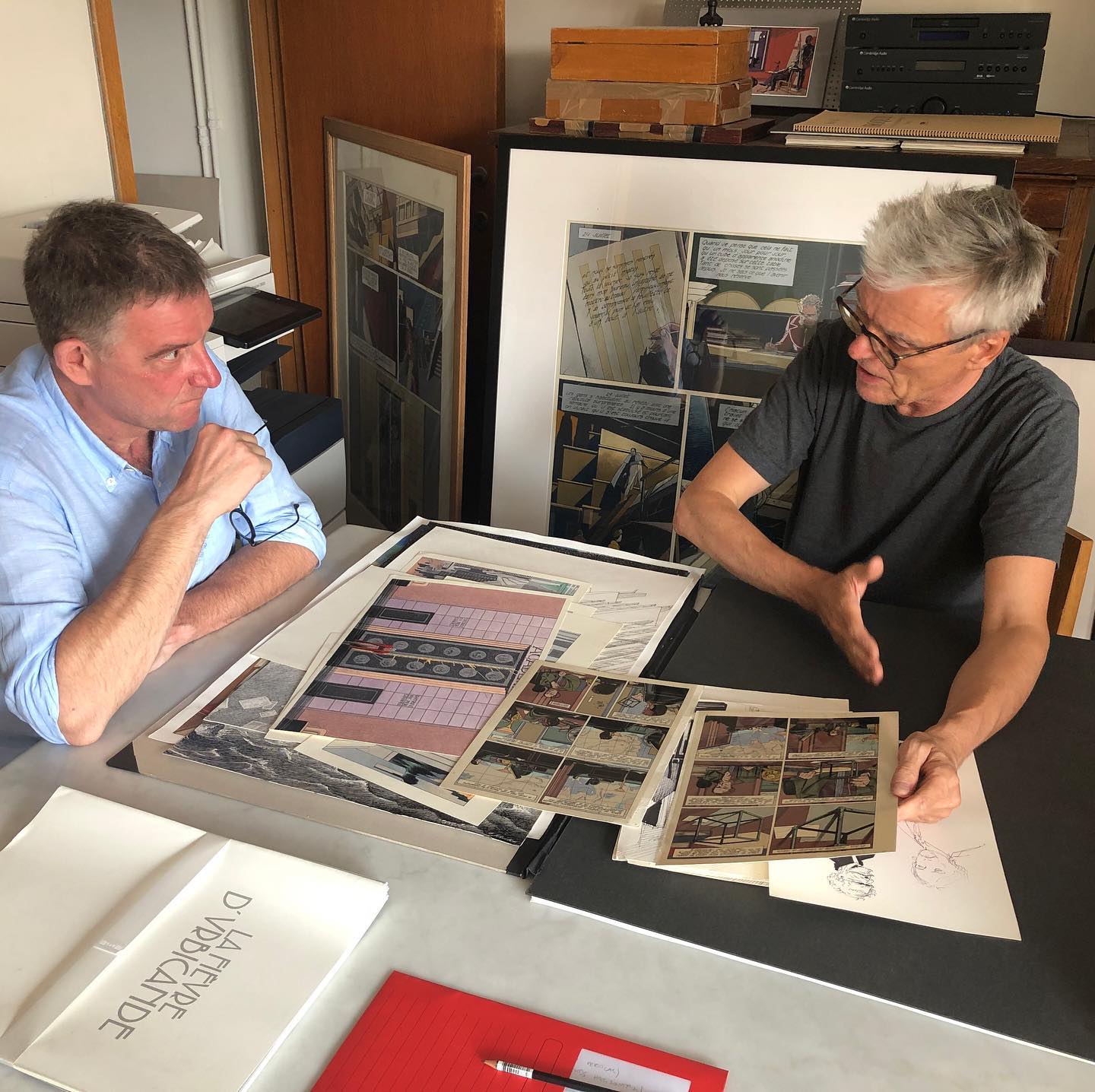 An impression of the exhibition at Gallerie Huberty & Breyne.

During the exhibition/sale the following artwork items were for sale: 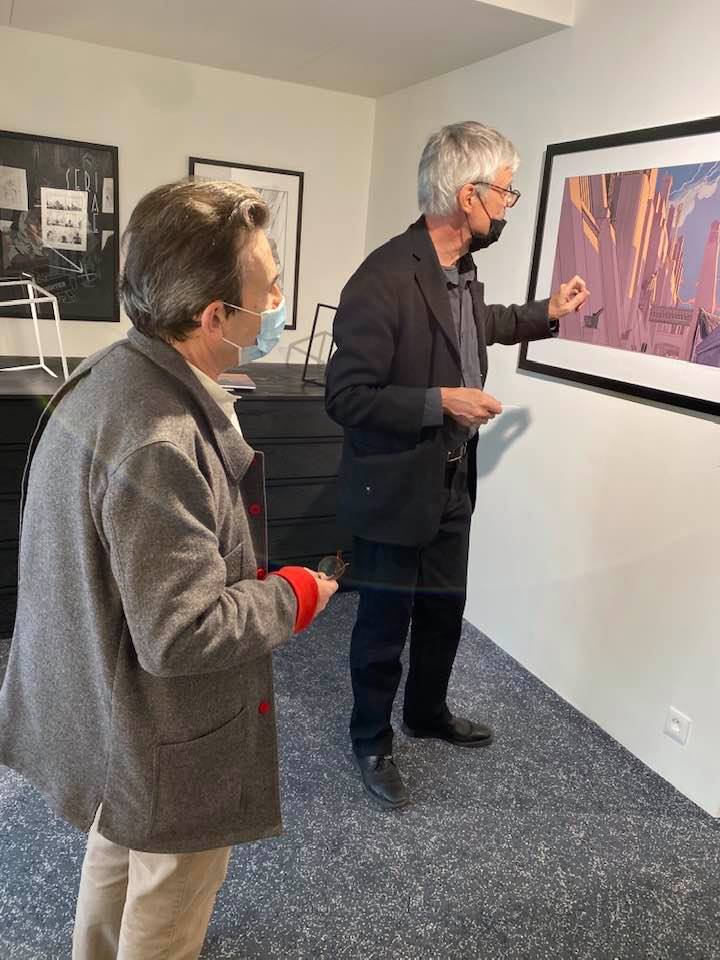