You are here » The Obscure Cities » Dictionary » Durieux, Jack 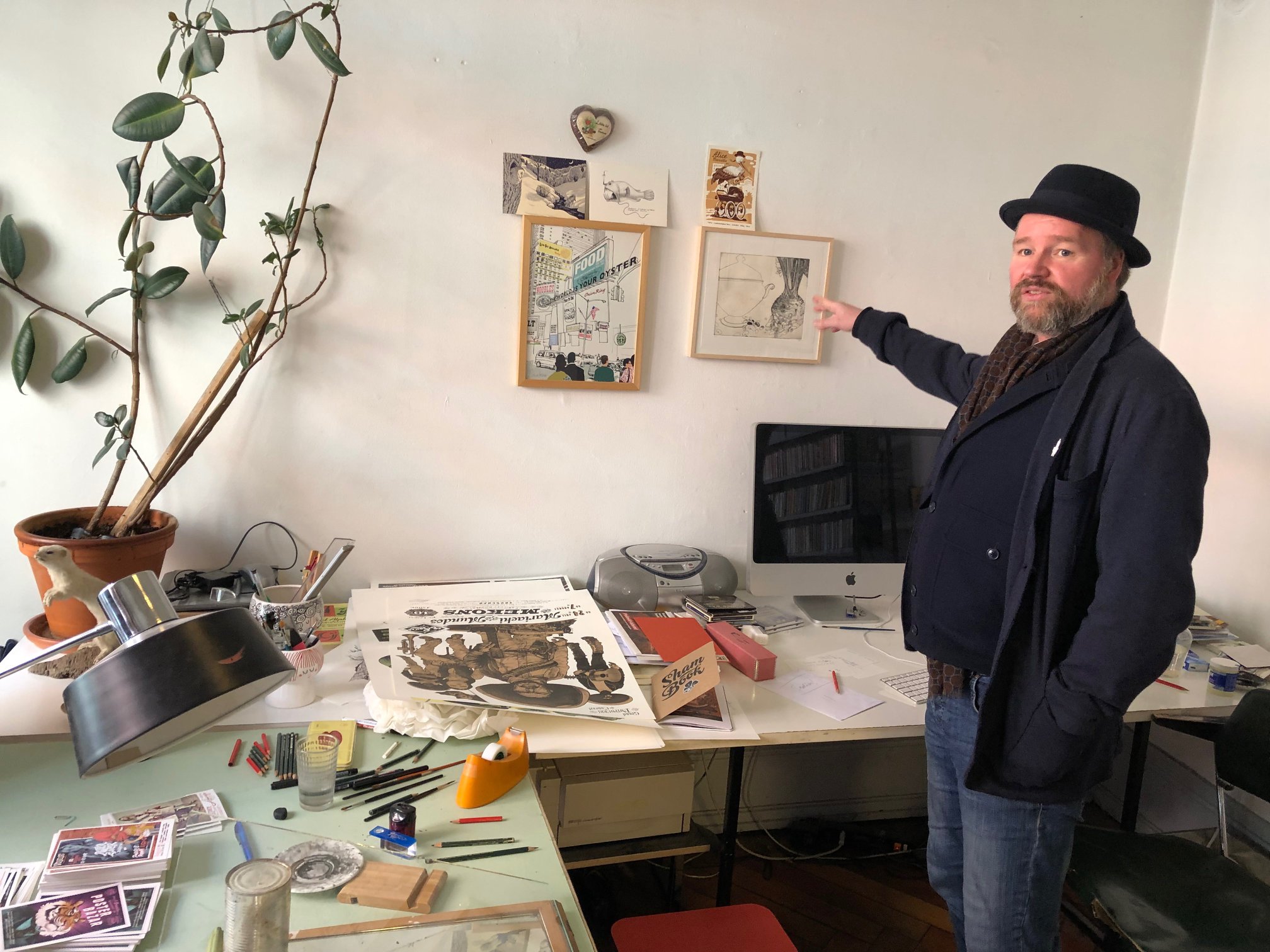 Jack Durieux, born in 1970 in Waterloo, Belgium, graduated in Graphic communication and screen printing in 1995. Since then, he has been working as graphic designer and illustrator. He specializes in typography and corporate design as well as designing countless artworks for several publishing companies, record labels and film distributors 1).

Since 1998, he teaches, with his brother Laurent, graphic design and illustration at the College of Architecture and Design in Brussels. For the last 6 or 7 years, Jack also helps his twin brother Laurent by designing type treatment for most of his alternative movie posters. In addition to his work as a graphic designer and illustrator, Jack has co-founded in 2014, along with two of his brothers, Nautilus Art Prints, an alternative movie posters publishing company 2).