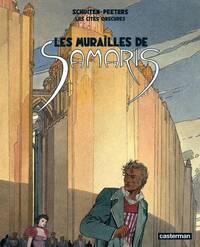 Les Murailles de Samaris [The Great Walls of Samaris] is the first volume of the chronicles of the Obscure Cities, published as an album in 1983, after a run in (A Suivre) from June to September 1982.

Les murailles de Samaris was the first result of the collaboration between Schuiten and Peeters, and they have always admitted never having been quite satisfied with it. In 1984, they took advantage of a re-edition of the album to change a few pages and make the story mesh better with the rest of their universe; inserting a scene where we meet a young Robick, who by then had become a major character in the series.

Franz Bauer is asked to visit Samaris and research the rumors about this city. Some people have left for Samaris but did not return: Mark and Clara (youngest sister of Anna), and someone called Pierre. Franz leaves for Samaris. After a long journey by Altiplan and Aerophele he reaches Samaris. He stays in the only hotel of the city. He meets Carla in a club. The days pass by all in the same way. In the end Franz tries to break out of the daily routine and finds out that the whole city is build with panels. The whole city is fake. He returns to Xhystos but many years have passed and nobody knows Franz. Eventually he can meet the council, but they deny that they have send him on his quest. Franz leaves Xhystos. 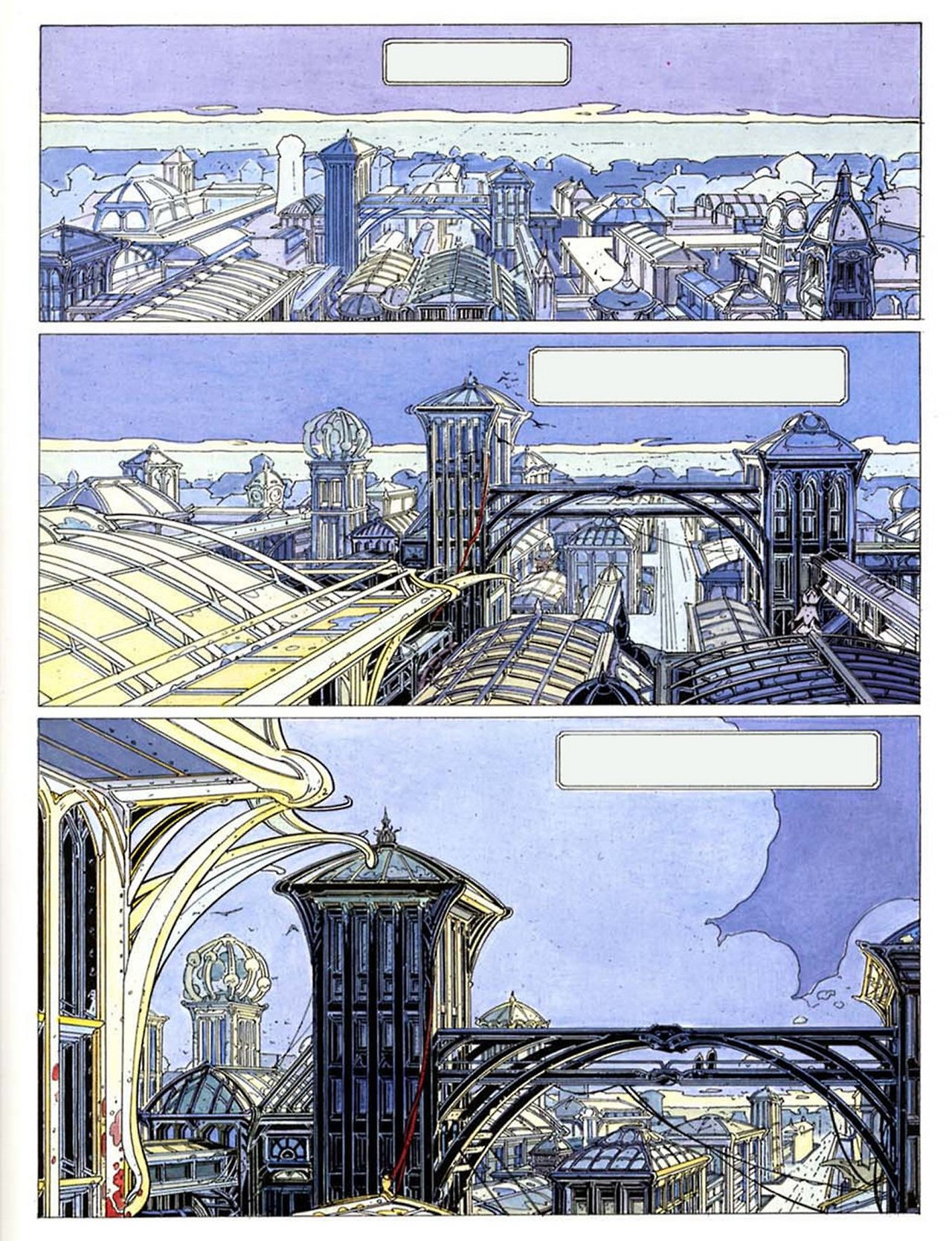 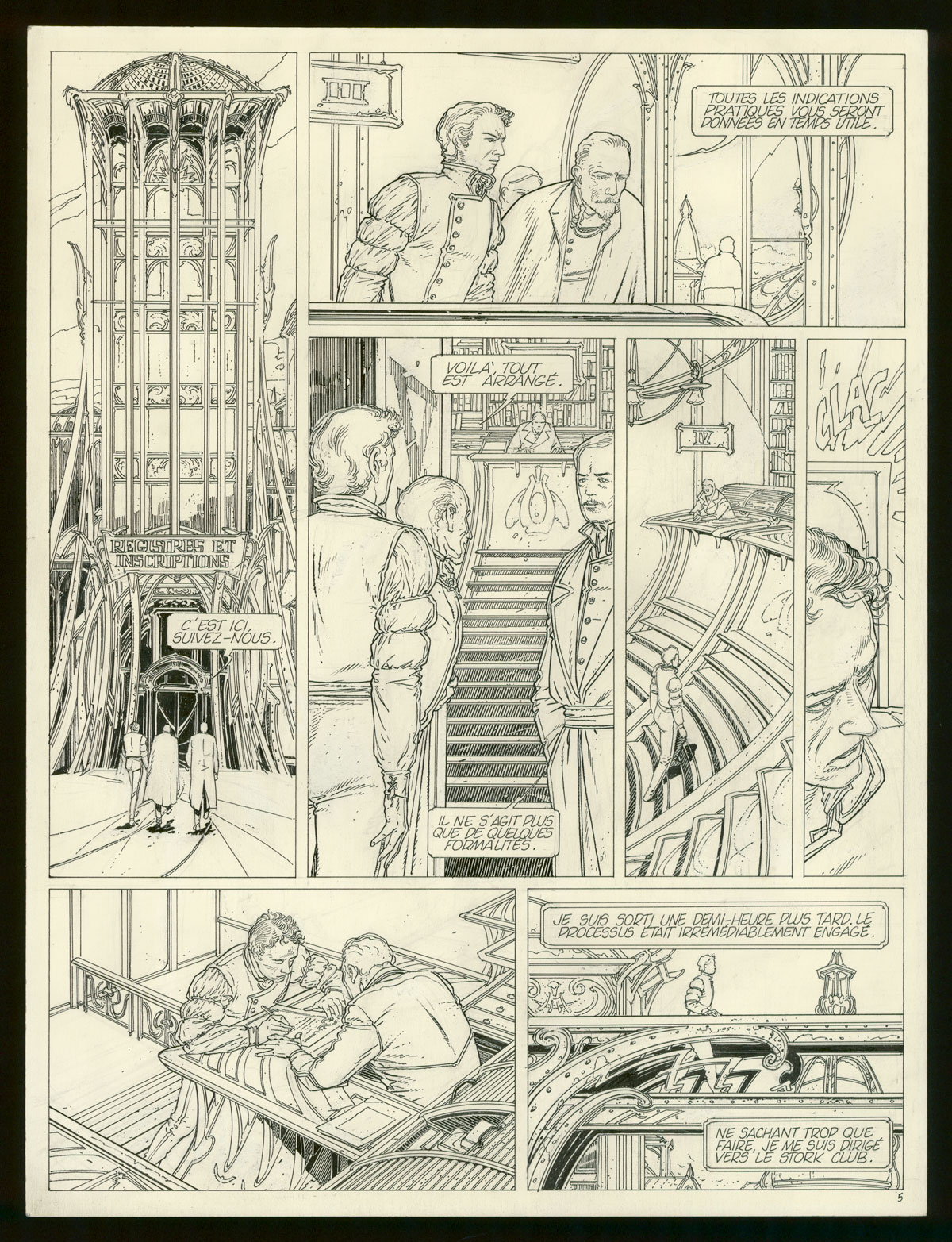 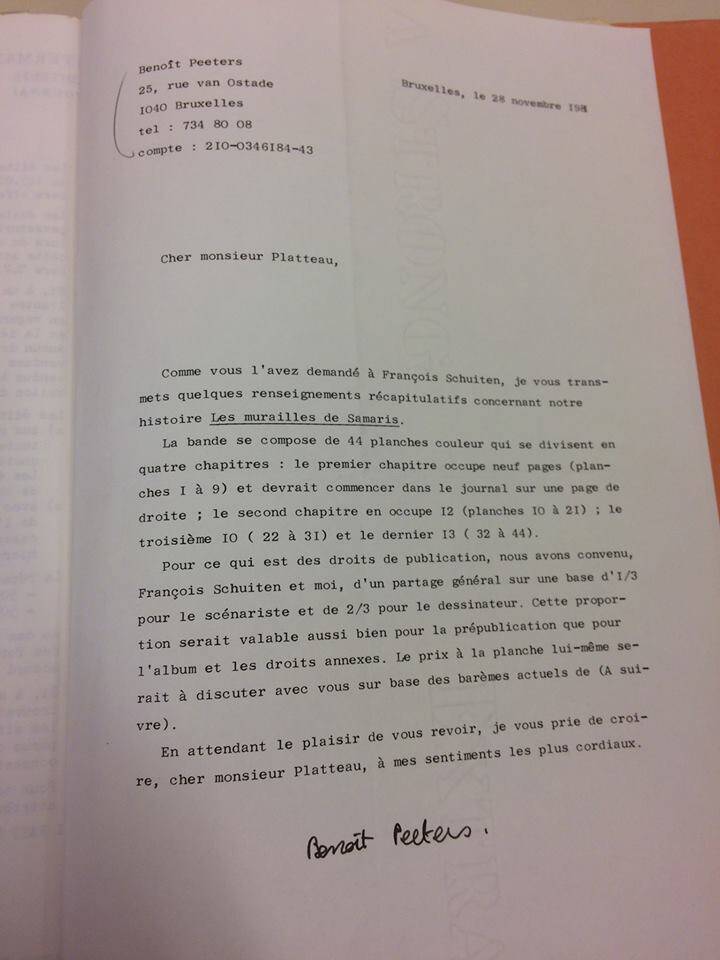