You are here » The Obscure Cities » Dictionary » Commission of High Instances

Commission of High Instances is the ruling council of Urbicande 1). See also Rapporter and Urbicande Avenues. 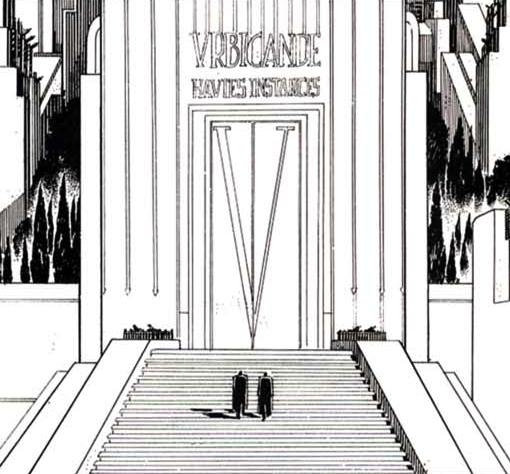 The temple of Cosmologists in the movie Mars et Avril is designed after the Commission of High Instances.

François Schuiten says about this link: “The director wanted to give a nod to Fever in Urbicand and use my setting of the temple des Hautes Instances. But we still had to stay on topic – as in Montreal in the future. We had to envision new tensions, tell the story of the city’s evolution. Like comic books, cinema has always been a utopia for urban design. When I do work for the big screen, I have visions of a large-scale utopia, boisterous and pretentious as they may be. I wouldn’t necessarily live there, but boy is it big!” 2)