La 2,333e dimension is the fifth album in the Julius Corentin Acquefacques series by Marc-Antoine Mathieu published by Delcourt in 2004.

This time, Julius C. Acquefacques is faced with a serious problem: in one of his dreams, he has caused the loss of a “vanishing point”. Result: the world is now in two dimensions, and the ministry's engineers are trying to reinvent 3D? 1).

During the story suddenly the Obscure Cities pop-up. Elements from pages 34,38,45,50,82 and 86 of La Fièvre d'Urbicande can be found on the planet. 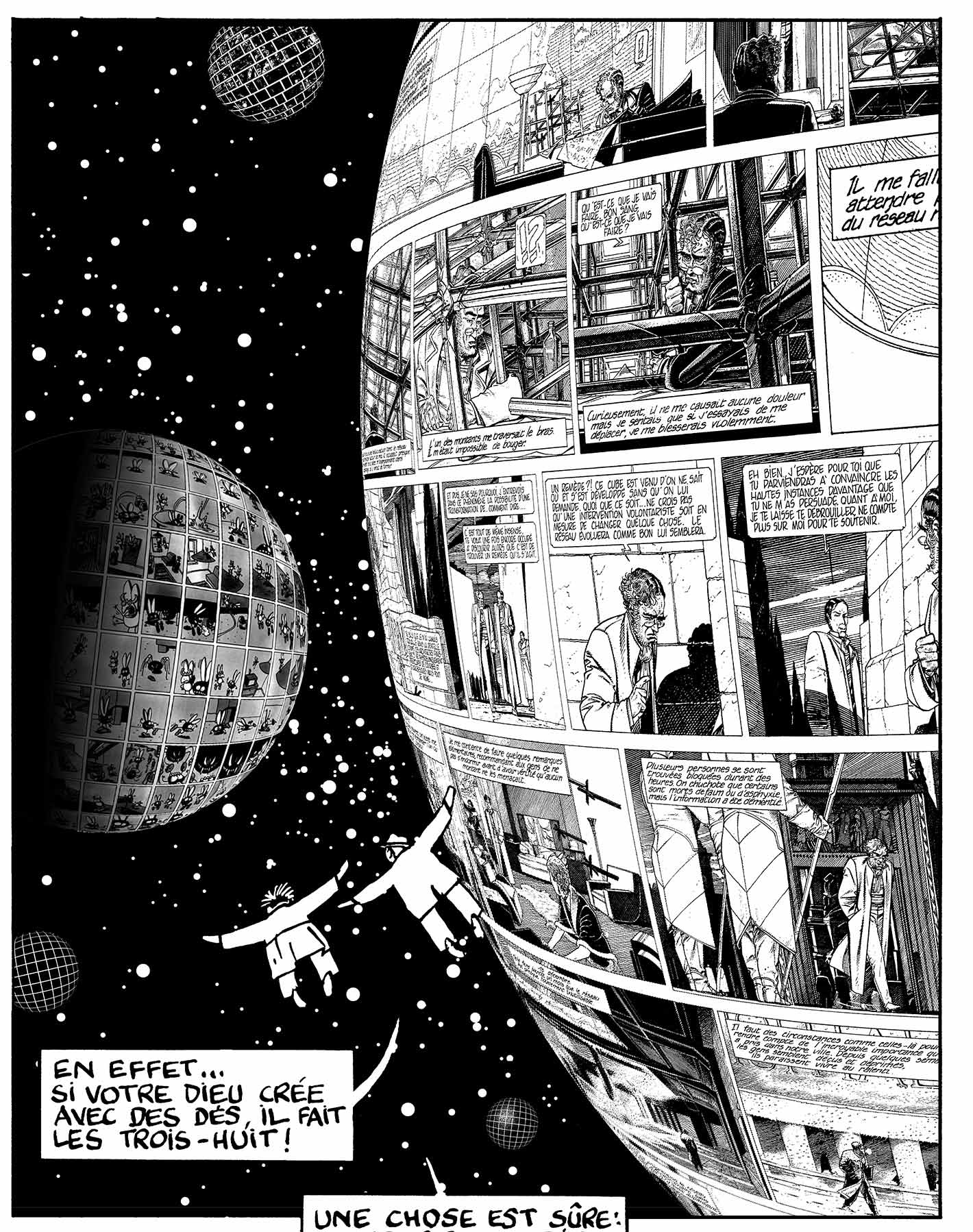