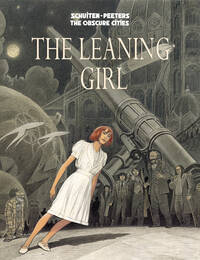 On May 20, 2013 Steve Smith of Alaxis Press started a Kickstarter campaign to promote and fund the release of the English translation of L'Enfant Penchée: The Leaning Girl. The campaign ran for 45 days until July 6th, 2013. The goal of the campaign was to raise $30,000.

Smith succeeded in his goal and $34,595 was raised by 499 backers. The production of the first English translation of an Obscure Cities album, since NBM Publishers published the second volume of The Invisible Frontier in 2004, could start.

“The Leaning Girl has been one of my personal favorite books since it first came out. My original French edition is literally full of post-it notes on which I used my English-French dictionary to translate the word balloons for my personal reading.”, says Smith.

Steve Smith has been a fan of the work of Schuiten for many years: “I began reading “Heavy Metal” magazine when the first issue came out in the states. I fell in love with the art of Moebius, the more cerebral non-super hero stories, and the elevated status of the comics art form. I recall still being in college when the Nogegon story ran and I was amazed at the beauty of the art. I became a Schuiten fan before I was an Obscure Cities fan. I believe i first read “The Great Walls of Samaris” when NBM released it in the US under the series banner, Cities of the Fantastic in the late 1980s. Ironically, at the time, I owned a company called Avalon Fine Arts and we imported Editions 1000 prints including many of Schuiten's. ” 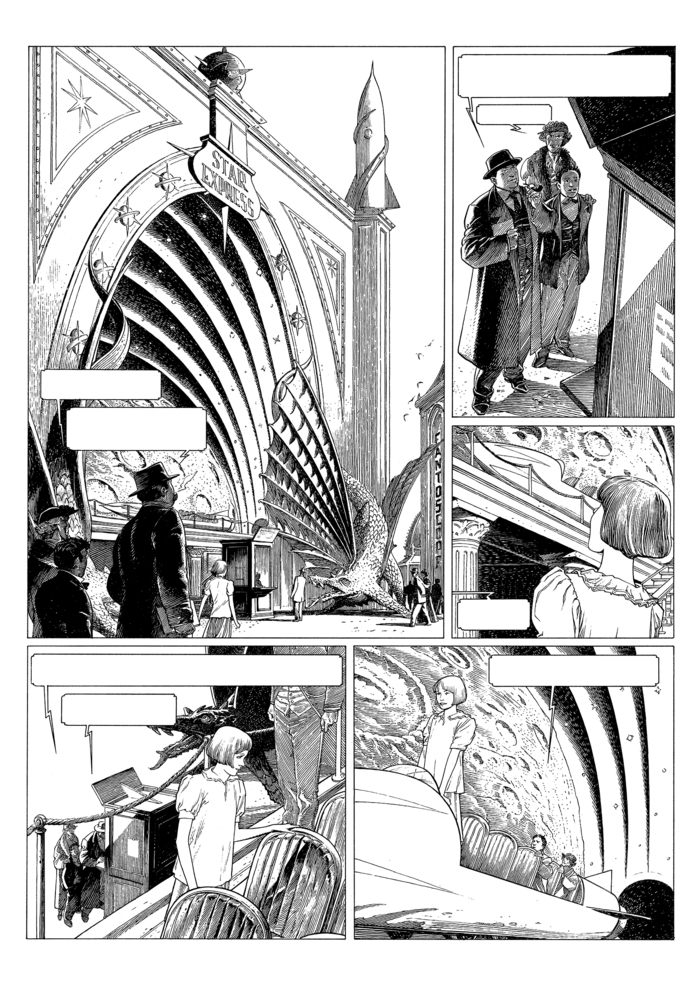 “The project was a monumental undertaking. But I felt it was necessary for someone who was a devout Les Cities Obscures follower to bring this important volume to the English-speaking public. I spent over a year preparing the book before it was ever sent to the printer. But to hold a copy in my hands now, I am very proud of the end product.” 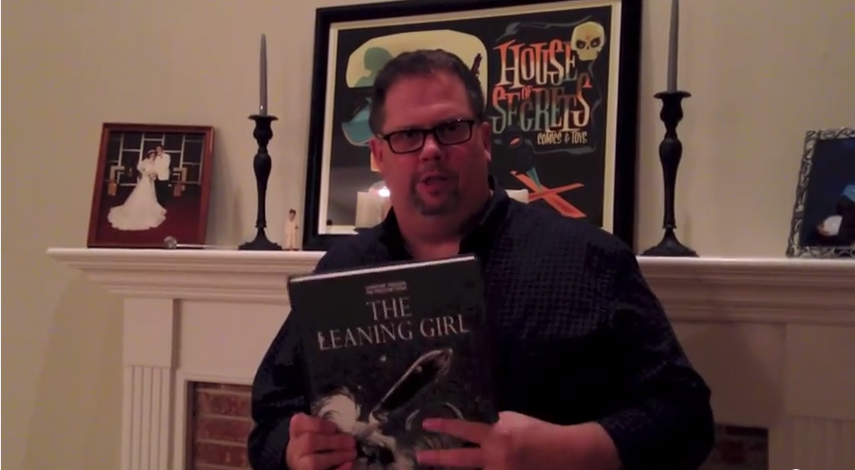 Holding a copy of The Leaning Girl in his hands, how do Smith look back on this Kickstarter project?

“The Kickstarter campaign was exactly that. A way to kick start the project. The management of the funds raised was something I was not prepared for. First of all, between Kickstarter and Amazon, 10% of the final amount raised is taken before you receive the money. That is something I understood in advance. What I wasn't prepared for was that in the US, Kickstarter reports the funds raised and so I was required to pay taxes on that full amount as personal income and because the books were not yet printed by the end of 2013, I had only a few deductions to claim.”

Also the international shipping charges took as much of 1/3 of the money raised. An attempt to find an European agent to do the European fulfillment failed.

“If I choose to do another Kickstarter campaign, there are many things I would do differently. The international shipping is the biggest issue as it skews the fundraising to appear more successful than it is. So I would prefer figuring out another option.”

“At the same time, Kickstarter itself, as a program, as a company, was fantastic to deal with. I believe it is because of Kickstarter that I was able to reach a very large female audience who had never heard of Schuiten and Peeters, or the series, before. Nearly 40% of my Kickstarter supporters were female. The comics market in American has been trying to attract females for nearly 25 years. In this regard, I would say Kickstarter may have played a much larger role than even they imagined. The Kickstarter team continually encouraged me, and at the book release party at Scuola Internazionale di Comics last March, one of the Kickstarter staff, in Chicago for a conference, came to the event. ” 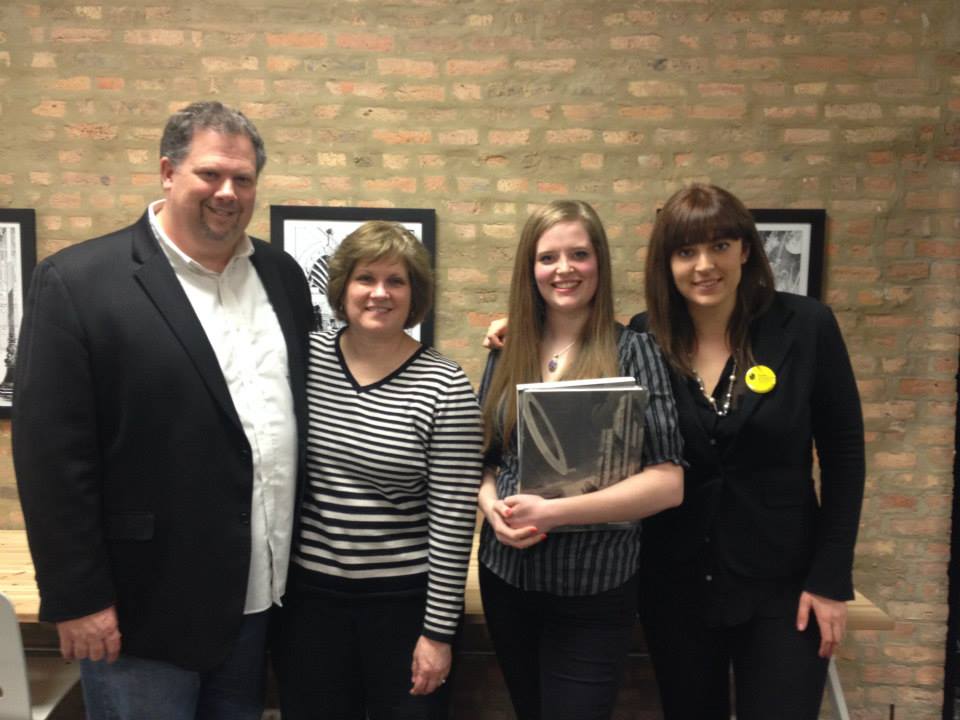 The Leaning Girl is just starting to grab hold of America. Because the printing process was much longer than anticipated, Smith lost his initial orders from the largest distributor. But the book is finally now listed in the August issue of Previews from Diamond Comic Distributors. This will constitute the largest order for the books so we will see it on store shelves around the middle of September.

“However, the book has done well on Amazon, and it is being carried through two library distributors. In addition, several of the finer comic shops and book retailers already have copies in stock.”

Smith continues:“I have had no negative feedback. Everyone who holds the book is impressed by the quality of the book itself, and they open it and are in awe of the art. But what I find most intriguing is the number of young girls, aged 15 and up, who read the book and comment on how beautiful the story is. I was asked recently to be interviewed by two teenage girls who want to start a The Leaning Girl discussion group on Goodreads.com, a review web community.” 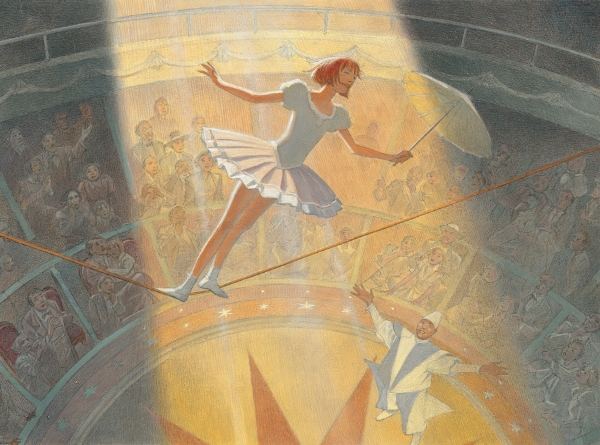 The later than expected distribution of the Leaning Girl is the setback that has caused Smith to reschedule the release of the next book. According to the website of Alaxis Press we can now expect two more releases at the end of this year: 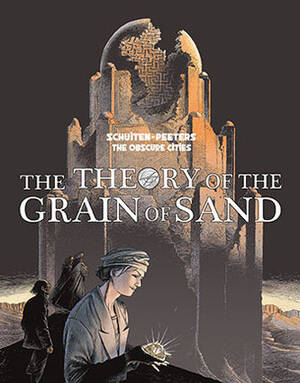 Mary, The Little Leaning Girl will be published just in time for the holidays. It will be a beautifully illustrated children's book retelling the story of young Mary Von Rathen upon waking up to find she now walks at an angle. Told in a lighter, more whimsical narrative than The Leaning Girl, this 40-page book was written by Benoît Peeters, illustrated by François Schuiten.

In this way Steve Smith continues on his plan on making The Obscure Cities very successful in the US and other English-speaking countries.

One of the major steps to introduce Schuiten and Peeters to the US is their invitation as special guests to the San Diego Comic Con International. The Comic Con will be held from July 24 - 27, 2014.

If you are going to Comic Con, make sure to set aside time to attend the “Spotlight on Benoit Peeters” on Saturday, July 26th, from 2-3pm followed immediately by the “Spotlight on Francois Schuiten” from 3-4pm. Both in Room 4. Steve Smith will be moderating both discussions, sharing with the audience film clips and images from their careers.

“In addition, I will have Benoît and François in my booth, #4401 on Thursday for an hour to sign and meet fans. Also, Benoît and François have been asked to present the Eisner Award for best foreign comics at the Awards ceremony held during the convention”, according to Smith.

And it all started on May 2013 when the Leaning Girl project kickstarted.

Steve Smith: ”I believe this book has the possibility for a very long, successful life in the US and other English-speaking countries. And I am going to do all I can to make it so. Obviously I love the art. How could one not love such a beautiful work. But what I also want to promote is the storytelling of Benoît Peeters. I am absolutely convinced he is one of the most important writers in comics today. Having studies Kafka in school, and having read Rod Serling and watched his episodes of The Twilight Zone TV series, I look at Benoît's writing as being on par with these two greats.“