You are here » The Obscure Cities » Dictionary » Smith, Stephen

Stephen Smith is the publisher of Alaxis Press, the former licensed and authorized publisher of The Obscure Cities series for the USA, Canada, the United Kingdom and other English-speaking countries. 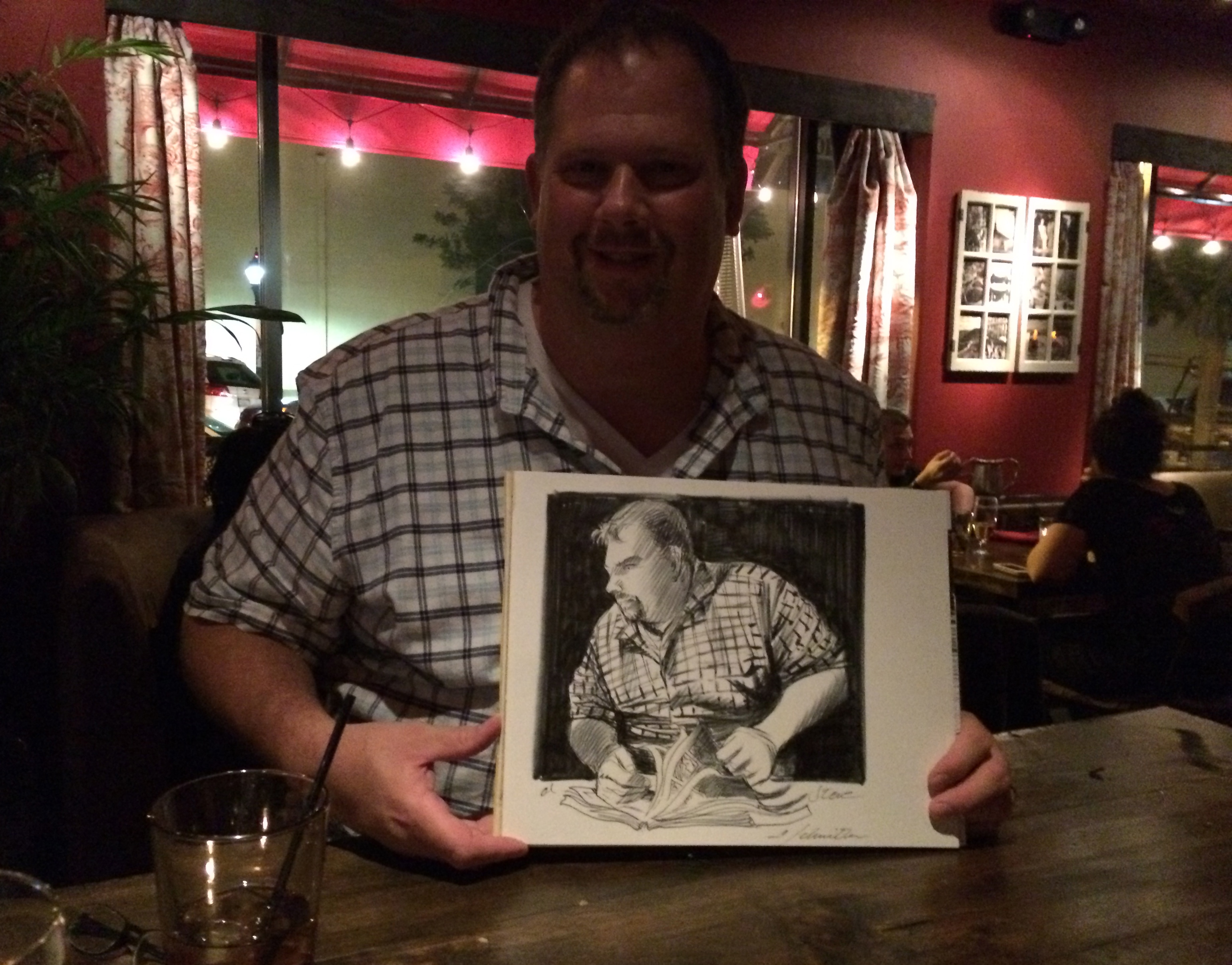 To get to know Stephen Smith and his plans, Joseph le Perdriel had an interview with him.

Can you introduce yourself?

My name is Steve Smith. I am a writer and producer living in the USA.

I began reading "Heavy Metal" magazine when the first issue came out in the states. I fell in love with the art of Moebius, the more cerebral non-super hero stories, and the elevated status of the comics art form. I recall still being in college when the Nogegon story ran and I was amazed at the beauty of the art. I became a Schuiten fan before I was an Obscure Cities fan. I believe i first read “The Great Walls of Samaris” when NBM released it in the US under the series banner, Cities of the Fantastic in the late 1980s. Ironically, at the time, I owned a company called Avalon Fine Arts and we imported Editions 1000 prints including many of Schuiten's.

What is your relation to Alaxis Press?

I am the publisher at Alaxis Press. In Europe you would call the title “Editor.”

What are your plans?

I plan on making The Obscure Cities very successful in the US and other English-speaking countries. I would like to republish all of the albums in the proper Casterman format, but my commitment to Schuiten, Peeters and Casterman, is to at least release the titles that were never before released in English.

But Benoît and I have been talking about doing bigger, more original projects in English. He has submitted a script for the original audio “drama” CD that was included in the Le Musée A. Desombres. I intend to translate this piece and record it in English for CD audiobook release. A good friend of mine, Andy McKluskey from the UK band OMD, mentioned to me the other day that he would like to do a score for the project but I need to run that by the creators first.

And to be quite transparent, I want to eventually make an Obscure Cities film. I understand that is a very big goal. But I believe I am the right person to do it.

Like Mary? Mary Von Rathen? I am in love with Mary Von Rathen and I would wager you are too!  As I was translating L'enfant Penchée, I got emotional at how she was mistreated by her parents, her schoolmates and teachers, and even the street people. I felt such compassion for her. As a father it disturbed me. But as her character evolves throughout the story, she grows up. By the end of the story, I was captivated. I am almost tempted to release The Theory of the Grain of Sand before The Shadow of a Man because I want to share Mary's further exploits in Brüsel. I am still learning about her. Unlike you who received a copy of her correspondences, I have had to resort to Benoît Peeters' retelling of his and Schuiten's meeting(s) with her to get clues. However, I know she knows who I am because she is now following me on twitter. I just keep hoping I will receive an 11th hour introduction to the book from her!

Can you tell about your kickstarter plans?

I will launch a Kickstarter campaign no later than May 1st. François, Benoît and I are working out the various level rewards. I have had numerous advance emails asking if any of François' art will be offered. Unfortunately, unlike books that are launched by the artist and get funded because they offer original art, I am going to have to rely on other creative methods. But I am positive both US and international supporters will be very pleased with what is offered.

Why do you use kickstarter?

Many individuals use Kickstarter to finance their publishing projects because they don't have access to conventional distribution. I am already locked in with Amazon.com, and with major distributors in the US. But the Kickstarter community is very large and comprised of people who are looking for something unique. I am confident I will sell copies of “The Leaning Girl” to the customers that purchased the NBM editions of the previous titles through traditional channels. The reason Kickstarter is important to me is that it will also serve as a way to introduce an all new audience of art supporters to the series and to the storytelling of Benoît Peeters and the art of François Schuiten.

Besides albums your website mentions a passport, maps and stamps. Can you tell something more about it?

As I mentioned before, I want to do more than just get the books published. I want to build an enthusiastic following for The Obscure Cities. I plan to create a passport to the Obscure Cities and then as Alaxis Press makes convention appearances, we will stamp the passports. My vision is to encourage fans to form communities of their own and host smaller events, from reading parties to discussion groups. As for the map, I would like to release a map of The Obscure Cities not unlike the travel map released in Europe.

Will you still join Comic Con? What will happen there?

Though we now know we cannot bring Benoît Peeters and François Schuiten to the 2013 Comic Con, I will still be there and will have promotional posters, bookmarks, and more to promote the series. We are in discussions with the organizers of the New York Comic Con about having them appear as international guests there in October of 2013, and I am very positive that they will be international guests of honor at the 2014 San Diego Comic Con.