You are here » The Obscure Cities » Dictionary » Solvay Library

The Solvay Library is a remarkable room, located in the Institute of Sociology of Brussels and recently restored to its former splendor. It is also certain that it has a connection with the Obscure Cities. It may be one of the terminal points of the Passage used by Mary Von Rathen to visit our world. It is also possible that the A. Desombres Museum and/or the Koelber Foundation include(s) an identical room 1).

The Solvay Library was inaugurated on the 16th of November 1902, when the Institute for Sociology of the University of Brussels settled in.

Sociologist Emile Waxweiler was asked to define how to organize the building in the light of the new theories on academic teaching. He thus placed the library at the centre, and surrounded it with numerous studies. Those rooms were intended as an incentive for students and teachers to reflect individually as well as to allow learning through emulation.

In 1967, the Institute for Sociology, as well as several other scientific institutions, moved near the Solbosch University Campus. The University Press then used the building until 1981.

Afterwards, the building was abandoned, fell prey to vandals, and was left to decay until 1993.

In 1988, renewed attention for this jewel of Brussels architecture and decorative arts gave birth to a new hope: the Solvay Library was listed as a historical monument with a preservation order on it, and the Government of Brussels-Capital Region asked the Brussels Regional Development Agency to restore the building.

Painstaking restoration started in March 1993, with the aim of giving the Solvay Library the aspect it had at the beginning of the century. The building, accurately restored, was thus inaugurated for a second time on the 27th May 1994.

The Solvay Library, restored in 1994, is situated in Leopold Park, Brussels.

This public park was listed in 1976 and still contains a series of constructions that bear witness to Brussels' rich architectural past of the end of the 19th and the beginning of the 20th century.

In 1851, the Royal Society of Zoology bought the estate, which was converted into zoological gardens. Unfortunately, careless management and an epidemic in 1876 quickly led to bankruptcy. The City of Brussels was therefore able to buy the estate. One year later, the Belgian State acquired the Redemptorists' convent next to the park and transformed it into a Museum of Natural History.

In 1880, on the 50th anniversary of Belgium's independence, the park was renamed after the first two kings of the Belgians. The City of Brussels decided that the park would henceforth be opened to the general public and used for fairs. 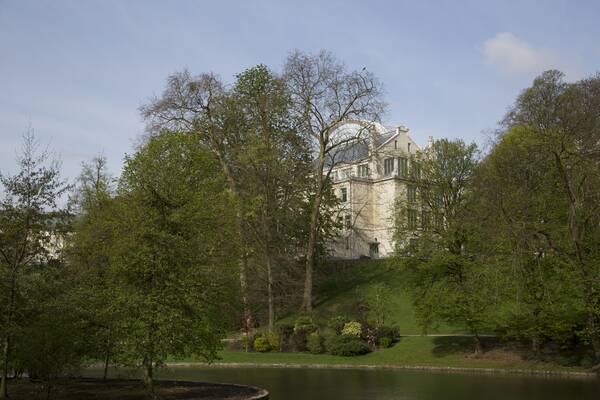 Between 1887 and 1908, Leopold Park accommodated the greenhouses of the Plantation Service of the City of Brussels as well as the collections of Brussels' botanist-explorer Jean-Jules Linden.

The dawn of the 20th century gave the park the opportunity to establish its pedigree thanks to the creation of a science park. This innovation was made possible by the sponsorship of three industrialists - Ernest and Alfred Solvay, and Raoul Warocqué - and three bankers - Georges Brugmann, Fernand Jamar, and Léon Lambert. Several other scientific institutions were created at this time: The Physiology, Hygiene, Bacteriology, and Therapeutics Institutes, the Institute of Anatomy and Histology, the Sociology Institute, and the School of Commerce. The Province of Brabant added the Pasteur Institute later on.

In 1921, ULB moved to the Solbosch plain where the scientific institutions were grouped together. Some of Leopold Park's buildings were demolished, while others received a new assignment.

In spite of all these changes, Leopold Park still retains the character it had at the beginning of the 20th century, and of which, the Solvay Library is a prestigious witness. 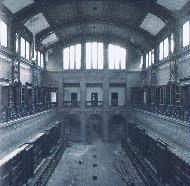 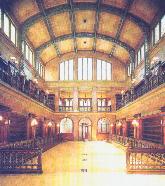 The Albert Caserne seems to be linked to the A. Desombres Museum, but only from the interior. The exterior is linked with the Solvay Library 2). 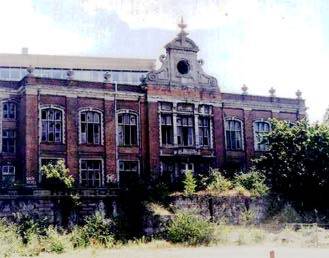 The exterior of the Albert Cazern 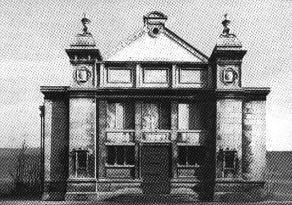 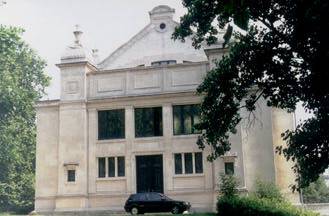 The exterior of the Solvay Library 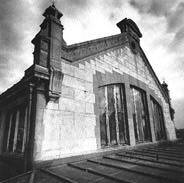 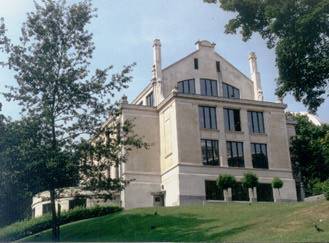