You are here » The Obscure Cities » Dictionary » von Rathen, Mary 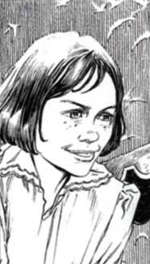 Mary von Rathen, daughter of Klaus von Rathen and Rosa Schliwinski, born in 736 AT. At the age of eleven, she mysteriously fell under the influence of another world and her gravity axis took a new. After three years performing in the Robertson Circus under the stage name Laetitia 1), she took off in 751 AT with Wappendorf for the planet Antinea. They landed in the antechamber of the Spheres, where Mary met Augustin Desombres, with whom she fell in love 2).

Once “straightened”, she inherited the ruling powers after the death of her father, and endeavoured to bring social reforms to Mylos, while trying to get Augustin to find a way to bring her to our world with the help of Robick and Wappendorf. She eventually managed to do so around 769 AT, thanks to Vigoleis Koelber, and worked in a small dry cleaning shop in Metz during her stay.

In 784 AT she visits Brüsel to investigate the strange events that are happening in Brüsel after the death of Gholam Mortiza Khan. She is working as a colector of strange phenomenons together with Constant Abeels 3).

She later decided to return to the Obscure World through a Passage found in Peru, and was kept in the hospital for a severe case of depression. Wappendorf then put together a machine that would allow her to stay in touch with Benoît Peeters and François Schuiten during her trip on board the Laetitia. 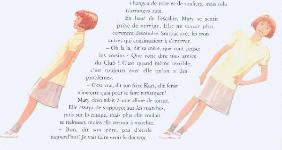 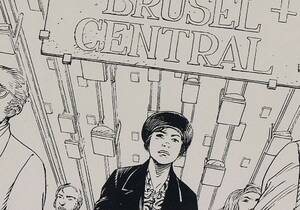 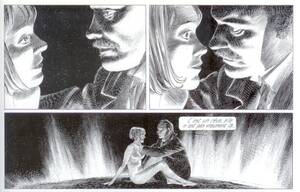