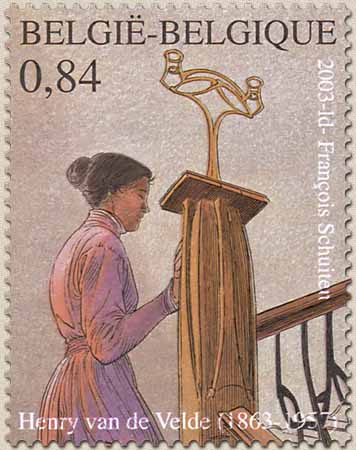 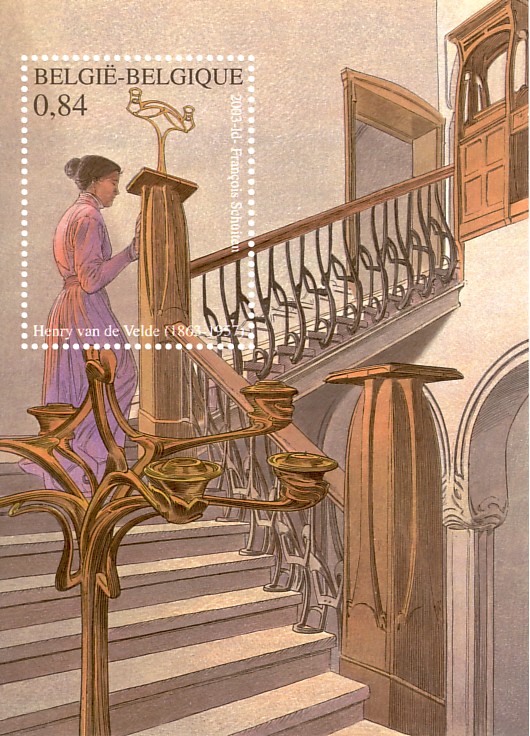 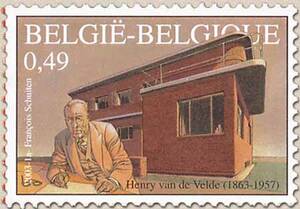 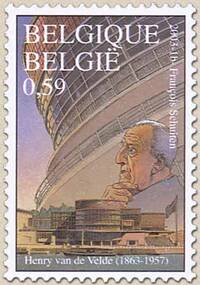 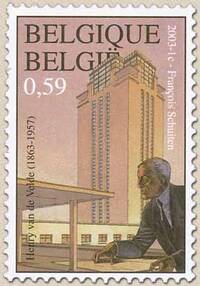 The other part of the series display Henri van de Velde in front of one of his most well-known buildings. The first stamp shows the “La Nouvelle Maison” (The New house) in Tervuren (1927-1928). The second one the Belgium pavilion of the world expo in Paris (1937). And the last stamp shows the “Boekentoren” (Tower of books) in Gent (1933-1938).

Stamps with prior tabs 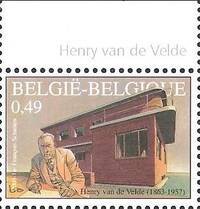 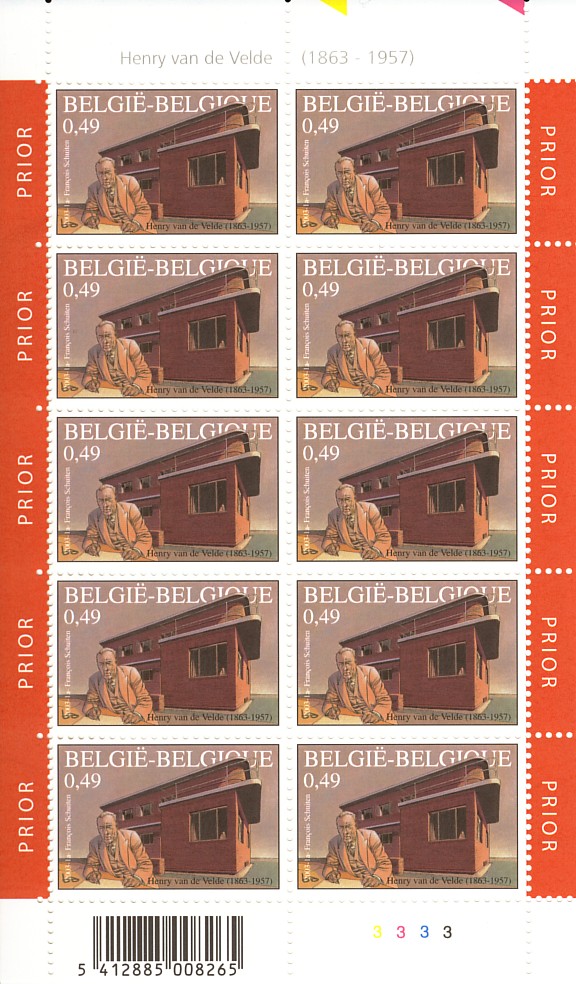 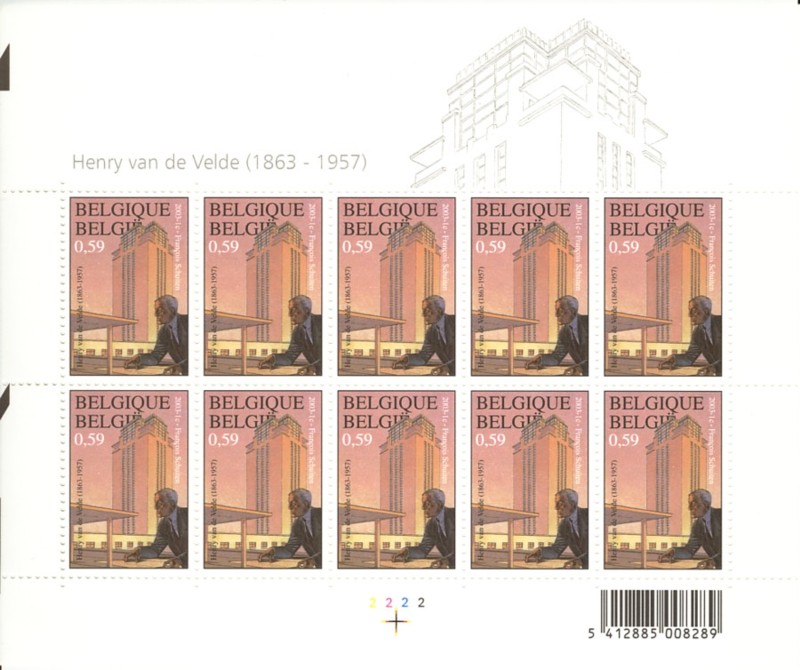 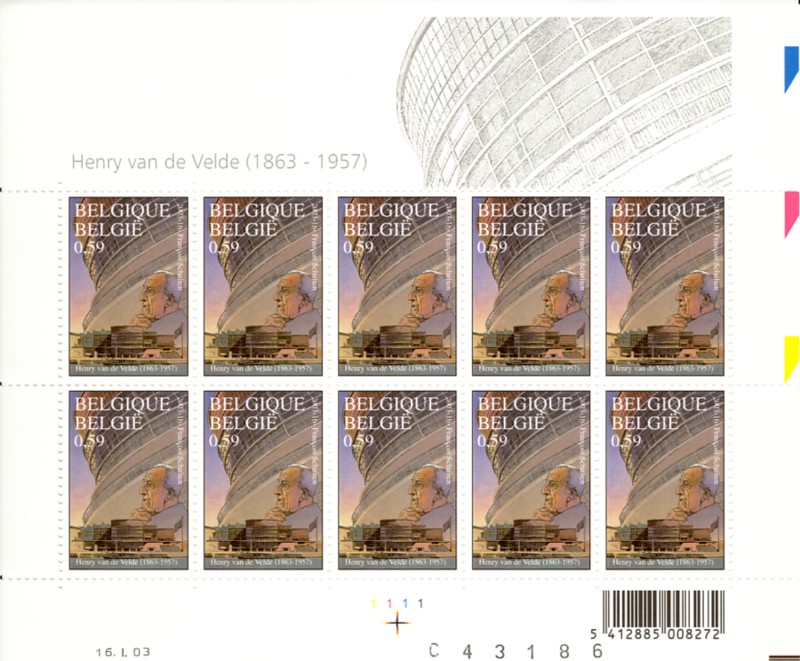 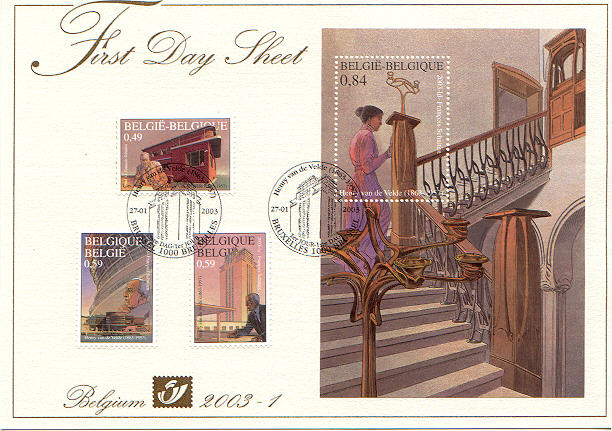 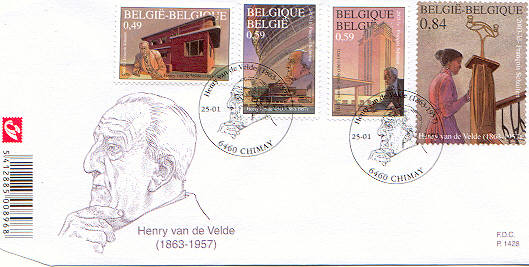 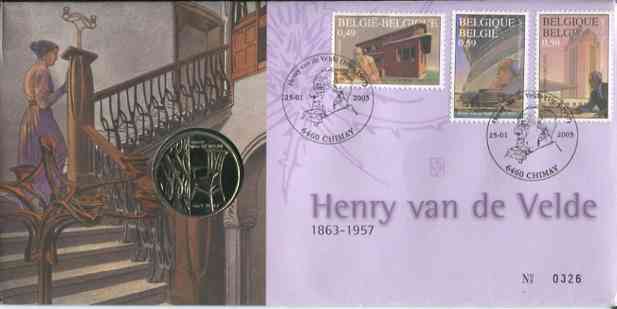