In 2016 we celebrate that it has been 20 years since the first webpage about Les Cités Obscures was made by the team of altaplana.be.

At the end of 1995, Caspar de Wind visited me to evaluate the possibilities of Internet. I had already several years of experience in running a Bulletin Board Service (BBS) and mail networks such as Fidonet and I had recently converted to Internet. Fidonet is a network of systems which physically phoned each other and exchanged messages, via via your message arrived even to America. A great idea to be able to communicate with somebody all over the world, although it took one to three days before your message arrived in America. 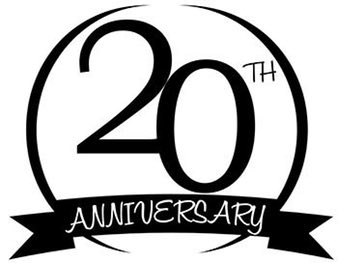 Internet was really a revolution, because your message is in a few seconds at other side of the world. In addition to e-mail, that was already available for a few years, another service Internet was just around the corner: WWW. At the beginning it was very slow and there was not much information available, but about 1995, I dared to affirm that you could find all your information on the Internet.

Information that Caspar wanted to see concerned Schuiten and Peeters and their Obscure Cities. My words proofed wrong, because there was nothing to find about the two authors. Caspar was disappointed, but I remained enthusiastic because if no information is present, you have to compose it yourself.

One week later, we were again in my room in Groningen with all information available on the Obscure Cities. By reading the albums again, I recognized them. I had already read them in the previous years but never establish the link between all the albums. 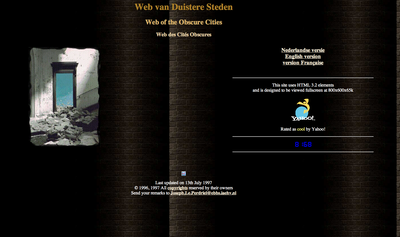 Caspar wrote the story of Joseph Le Perdriel and his search for the Obscure Cities. We found the name in an ad in the Echo of the Cities. While Caspar wrote the history, I created the pages in a simple HTML using Notepad in Windows.

We spent two months to make the first pages. Then we searched the Internet again, and we found the first page about the Obscure Cities. A company inn Belgium (Switchon) told us they were making the official site on behalf of the authors. We examined the site but we found our site much more beautiful. In spite of the warnings of the company in connection with the lawyers of Casterman and authors we continued. At the beginning of 1996 we had the site on line. You can find the content now as part of altaplana.be at the Diary of Joseph le Perdriel.

With our great astonishment, the pages were visited by many people and we received beautiful reactions:

Wow! I have fallen in love! Your pages on the Obscure Cities are incredible! How is it that your web service provider can afford to defend you against the Authorities?

I have been sitting at my computer for hours now absolutly intregued by the information you have brodcasted.

[…] I plan to read all the works you have mentioned in your writing. I can't help but wonder if you have tryed to contact Peeters or Francois directly? Maby they could help you on your quest or you could help them? I am also unclear as to who exactly you are referring to as The Authorities? Have you been contacted directly by them? I must say I am appauled by all that I have learned today and plan to spend more of my time in the future to learn more. If there is anything I can do here in America to help you… my time is yours.

Please becareful on your searches. The information you have brought us is important and cannot afford to be cut off. I hope to here from you as soon as possible. Be safe.

no matter where you hide we shall find you, and our selves. From another parallel world.

Is this for real? Do you truly believe it? Did you really go to Brussels and all the rest? Or am I just far too gullible? :)

Mr. Perdriel, I realize that you've probably answered this question somewhere on your site, but right now it's almost one a.m. and my brain is fogged by sleep. Everything you are saying here is true? You have got to admit it's all a bit hard to swallow. Especially to someone who wants more than anything for such things to exist.

If you say this is the truth…well…either you're a few sandwiches short of a picnic, the mastermind of an elaborate hoax, or it really *is* true. If not, I guess my dreary mundane life will have to suffice. Reality is a very lonely thing.

And then suddenly we were contacted by François Schuiten and Benoît Peeters:

A few days ago, François Schuiten and myself made a research in AltaVista (this name is very close to Alta Plana, which is a city in the Obscure Cities…) and we found your Web pages. We really are very impressed by the high quality of your work and the number of interesting documents that you discovered. [… ]

We thank you much for your marvelous work and your interest in our work.

For us, it was a great stimulation to continue.

A great disadvantage was the accessibility of pages, when I moved to a new city, a new Internet provider had to be found, and the pages had to be moved. That convinced me in 1999 to require my own domain name: EBBS.net. A name I already used in my BBS period. Since then the pages of Le Perdriel were accessible independently from my moves to new places. The .net domain was one of the first domains that was available in the USA for normal persons. The Dutch and Belgium domain names (like urbicande.be) were only available for corporations.

The pages on Le Perdriel increased in number, we received the assistance of Sebastien Effinier for the French translation while he also wrote his own part. Whoever wanted to help, we helped them by offering place, by making photographs and texts. A synopsis is still available at the credit page.

After the experiments with sound and movies in 1999, the size of the site increased enormously, so the site was moved to America. The disk space in America was really cheaper, now we could offer hosting to other sites on the Obscure Cities which were on too slow server or had not enough space to grow. 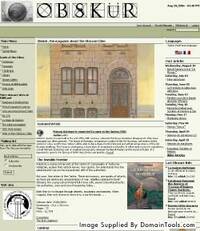 Thanks to Alex Willem, Olivier Tissot, Dmitry Sukhin, Quentin Gausset, Christophe Compère, Sylvain St-Pierre and many others EBBS.net became became a large beacon for the people who seek information about the Obscure Cities, next to Urbicande.be (the beautiful site of the team of Alok Nandi).

In an interview with the Dutch magazine about comic strips Zozolala, Schuiten and Peeters declared that the sites made by amateurs such as EBBS.net brought them much satisfaction in their work.

I still remember a forum of discussion at the annual book fair of Brussels on the subject Comic strips and Internet. François was in the forum and a lecturer began a whole story about a Dutch site which toldwith stories about the Obscure Cities and which misused the work of Schuiten and Peeters. The lecturer wanted to know what Schuiten found of the abuse of his work. Schuiten was laughing and invited the lecturer of prudence because the creators of this 'terrific' site sat at the back of the room. Schuiten declared that he found it splendid and such sites were for him the most beautiful compliments on his work. 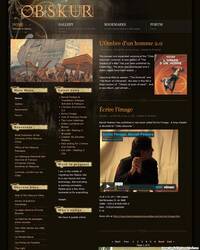 After these remarkable years with two Obscure Conventions in Brussels, things started to slow down. The sites were not updated that often and after some years not at all. At EBBS.net we tried to follow the news about Schuiten and Peeters but updates were not very frequent. The same happened at the Urbicande.be site. Only some discussion continued in the forums of BD Paradiso.

Around 2010 I noticed that information about the Obscure Cities was disappearing from the internet. The links to interviews and many nice resources like the analyses of Frédéric Kaplan disappeared. Website addresses changed or people removed their pages. Even videos on Youtube got lost. More and more links returned the dreadful 404 error.

I decided to find a way to archive the information before it was definitely gone. Another reason, to start over was the changing technology. The technics used on EBBS.net were taking too much time to keep up to date. It became harder and harder to keep the Obscure sites online. I needed something new and easier. 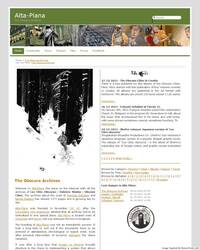 It took me until 2011 to find a good way to build a new site and archive the information. Altaplana.be was born. Using wiki software to make it easy to edit pages of information. I choose a Belgium domain name to honor urbicande.be. Altaplana was the easy choice as in the Obscure Cities it is the city of the archives.

Over some months all topics of the Dictionnaire obscur by Sylvain St.Pierre were transformed into the Dictionary of altaplana.be. After that all information of the sites hosted on EBBS.net were translated to dossiers.

I chose English as the main language of the website. A website in my own language (Dutch) would be hard to read for most of the people and French (the preferred language) is still too hard for me. But over the years articles in many languages have found their way to altaplana.be.

In May 2015 we took over the rights of Urbicande.be. The official website has not been updated for several years and the used technology became dangerous for its visitors.

Over the last 5 years altaplana.be turned into the archive it is now. We link to the original stories we find on the internet, but also keep our own copy on our own webserver hosted in Amsterdam, the Netherland. Movies and sounds are hosted via our own Vimeo account. We do our best to archive everything about the Obscure Cities and other work by François Schuiten and Benoît Peeters and to keep it available to all their fans all over the world. To keep the website as fast as possible we use the services of Cloudflare to keep cached copies of the site all over the world.

Looking back, a lot has happened in the past 20 years. I am happy that I have been able to combine several hobbies in maintaining the EBBS.net and altaplana.be websites. And I am proud that François Schuiten and Benoît Peeters have allowed me and all the other fans to build sites like these.

Hopefully we can enjoy for many more years this impossible & infinite encyclopedia of the world created by Schuiten & Peeters. And as always if you have feedback about the site or information that you would like to find its way into the altaplana.be dictionary you can contact Joseph le Perdriel via the contact form.