You are here » The Obscure Cities » Dictionary » Obscure Convention

A non-official event that took place from July 28 to August 1st, 1999 AD, in Brussels. The participants were a number of persons with a passion for the Obscure Cities, who, for the most part, knew each other only through the Internet. Thanks to this international convention, several important facts about the Other World were brought to light. 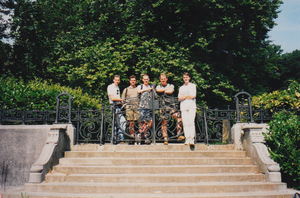 From left: Olivier, Bert, Caspar, Eilko and Quentin, possibly in front of the A. Desombres Museum 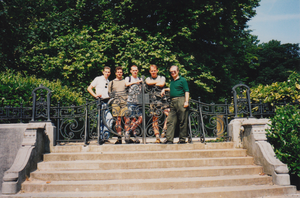 From left: Olivier, Bert, Caspar, Eilko and Sylvain, possibly in front of the A. Desombres Museum 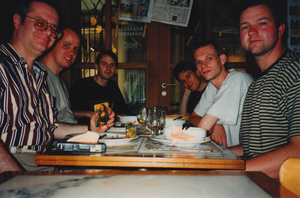 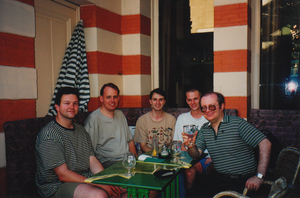 Sylvain St-Pierre kept records of what happened during this convention. You can read his stories in the Travel Notes on the First Obscure Convention.

A short meeting held on December 28, 1999 AD, at the FalStaff Café in Brussels. The main topic of discussion was the phenomenon of the physical intrusion of the Obscure Universe into ours. Henri Menta, who was to be the Guest of Honour, did not show up. 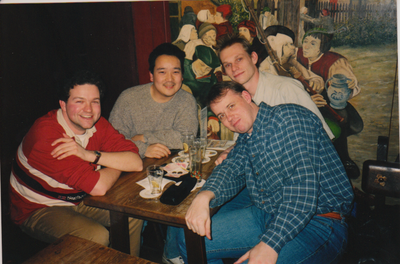