You are here » The Obscure Cities » Dictionary » Verne, Jules 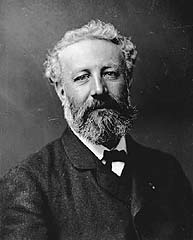 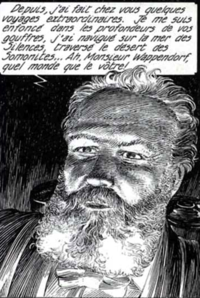 Jules Verne is a French writer, born in Nantes (1828-1905 AD). He created the genre of the scientific anticipation novel (Five Weeks in a Balloon, 1863; From the Earth to the Moon, 1865; Twenty Thousand Leagues Under the Seas, 1870; Around the World in Eighty Days; 1873; Michel Strogoff, 1876). Able to cross over to the Obscure World by the power of his imagination alone, he ventured in its caverns, navigated on the Sea of Silences and crossed the Desert of Somonites 1). He is much read in the World of the Cities, and his novels are appreciated for their Gloss quality 2).

There is a very detailed (French) report writen on Verne and the obscure cities at Mobilis in Mobile.