You are here » The Obscure Cities » Gallery of Artwork » Port-folio, objects & series of images » Portfolio Blake and Mortimer 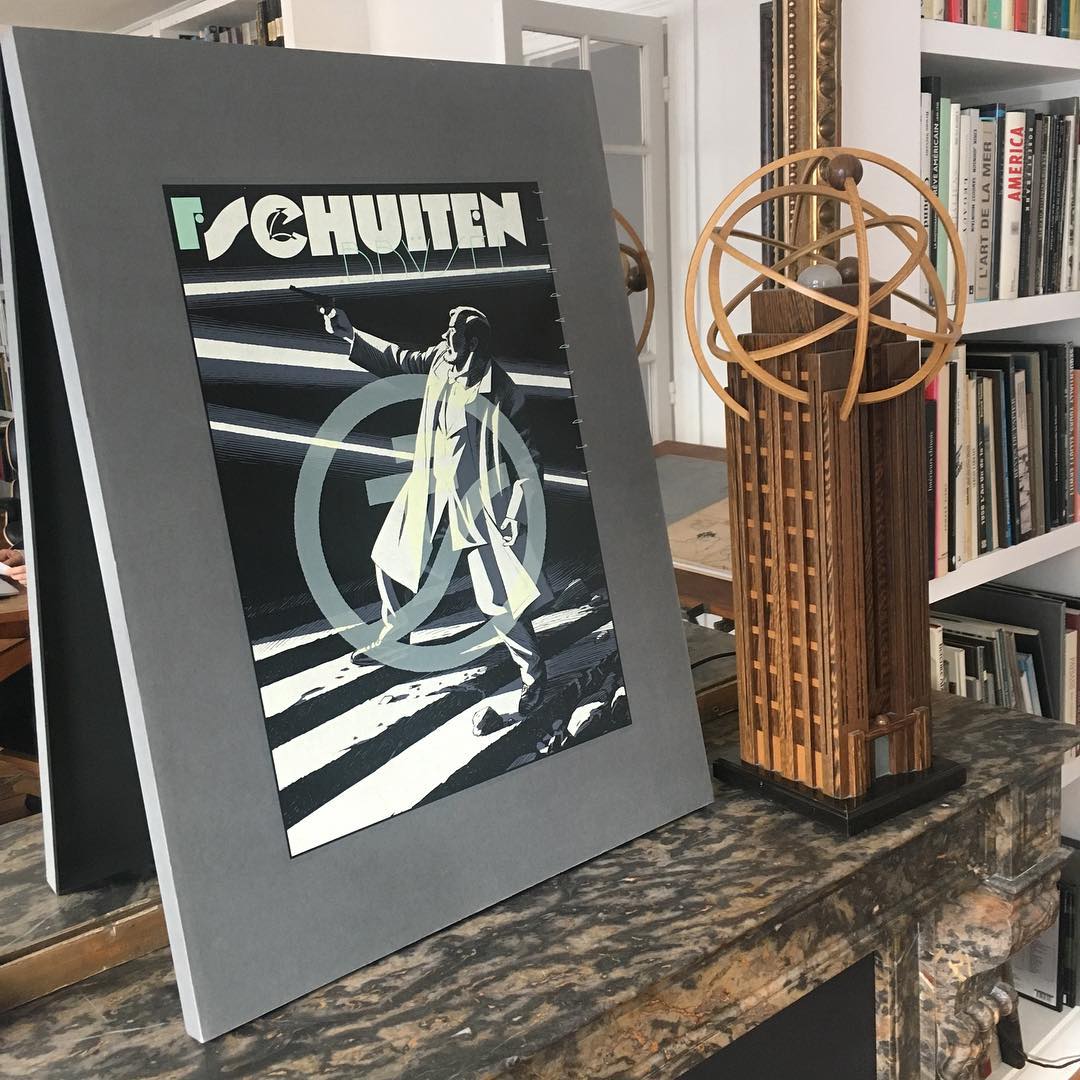 Centaur Club published in their forum 1) late 2016 some images of a portfolio by François Schuiten. For the occasion of the publication of the Blake and Mortimer album Schuiten worked together with Gilles Ziller of “International Archives”. They made a portfolio of 5 screen prints, numbered and signed, put together in a velvet cardboard. The box dimensions are 570 x 770 mm. The prints are limited to 40-77 copies. The portfolio is expected to go on sale during the short exhibition at Galerie Champaka end of May 2019.

On February 10, 2019 François Schuiten posted an image of the box in his home.

The portfolio reuses an image of Eugen Robick that was used for a serigraph by Ziller before:

and reuses an image that François Schuiten has made before for the La Marque Jaune portfolio by Archives internationales, but the image is slightly altered.

The two other images are situated in front of the Palais de Justice de Bruxelles.

In May 2019 François Schuiten posted three images that are related to the portfolio. The first image seems to be the first draft of the image. The second one the man in front of the palace is replaced by professor Mortimer. The last image is the screen print version of this image. 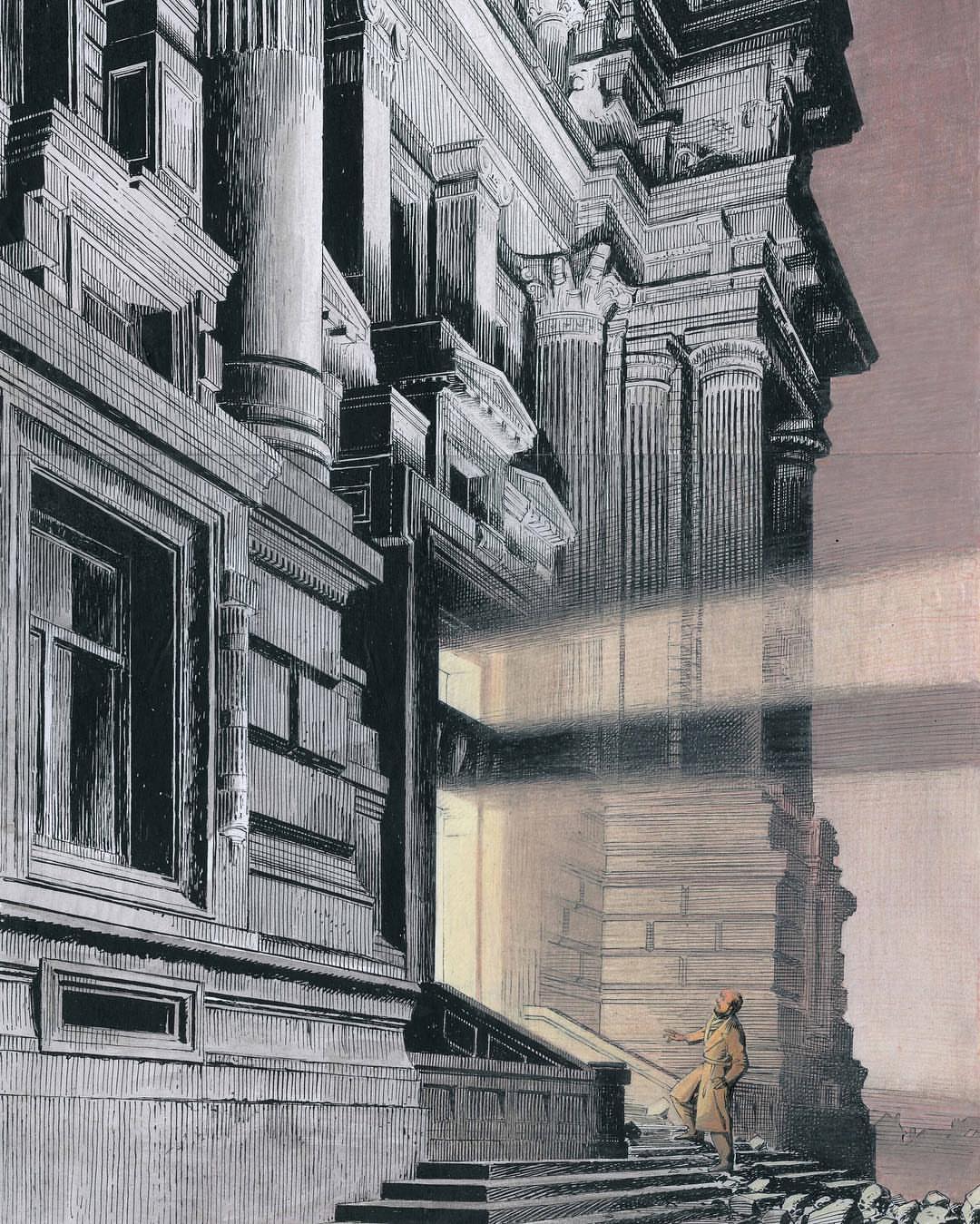 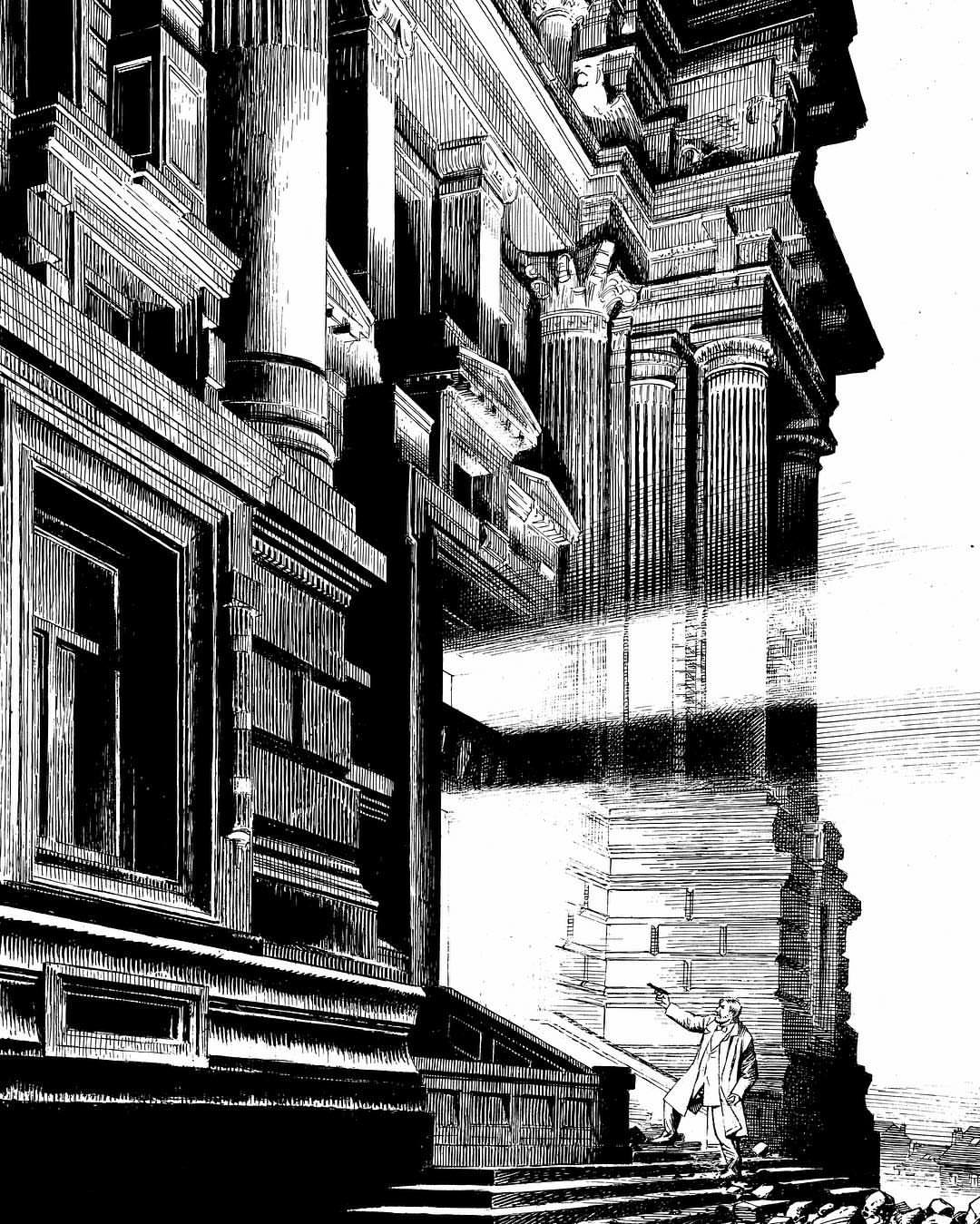 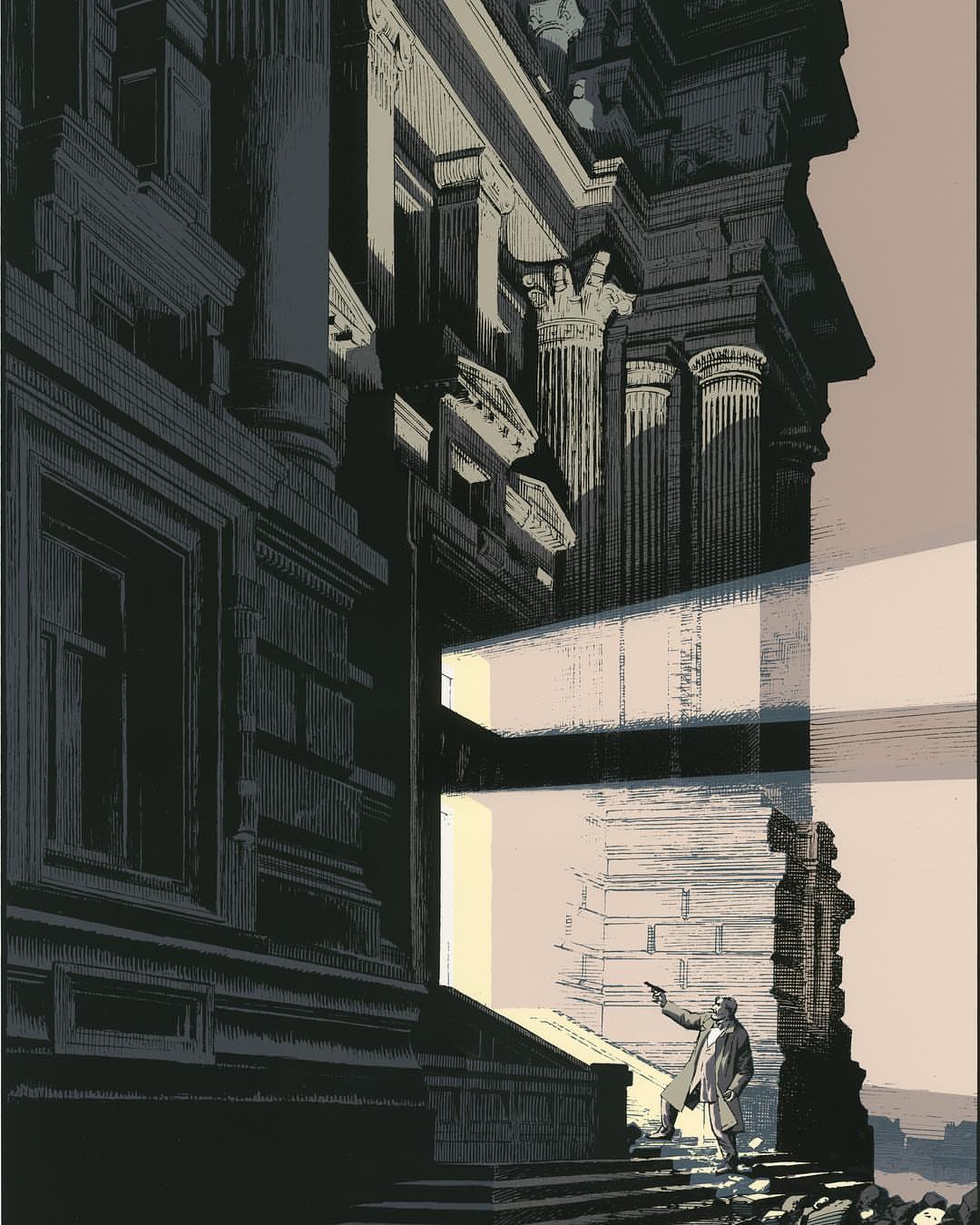