Palais de Justice de Bruxelles [Courthouse of Brussels] is the largest known point of Passage. At least one of its doors led to the Palace of the Three Powers of Brüsel, but various renovations may have interrupted the link 1).

The Law Courts of Brussels or Brussels Palace of Justice (French: Palais de Justice, Dutch: Justitiepaleis is the most important Court building in Belgium, and is a notable landmark of Brussels. It was built between 1866 and 1883 in the eclectic style by architect Joseph Poelaert. The total cost of the construction, land and furnishings was somewhere in the region of 45 million Belgian francs. It is the biggest building constructed in the 19th century.2)

In 1860, during the reign of Léopold I, a Royal decree announced the building of the Palace of Justice and an international architecture contest was organised for its design. The designs entered in the contest were found to be unacceptable and were thus rejected. The then minister of justice Tesch appointed Joseph Poelaert to design the building in 1861. The first stone was laid on October 31, 1866, and the building was inaugurated on October 15, 1883, after Poelaert's death.3)

For the building of the Palace of Justice, a section of the Marollen neighbourhood was demolished, while most of the park belonging to the House of Mérode was also expropriated. The 75 landlords owners of the houses, many of whom lived in their homes, received large indemnities, while the other inhabitants about a hundred also forced to move by the Belgian government, though they were compensated with houses in the garden city “Tillens-Roosendael” (French: cité-jardin Tillens-Roosendael) in the municipality of Uccle, in the “Quartier du Chat”.

Poelaert himself lived in the Marollen neighbourhood in a house only a few hundred metres from the building, a house adjoining his vast offices and workshops. It is thus unlikely he saw himself as ruining the neighbourhood.4)

As a result of the forced relocation of so many people, the word architect became one of the most serious insults in Brussels. The Palace's location is on the Galgenberg hill, where in the Middle Ages convicted criminals were hanged.5) 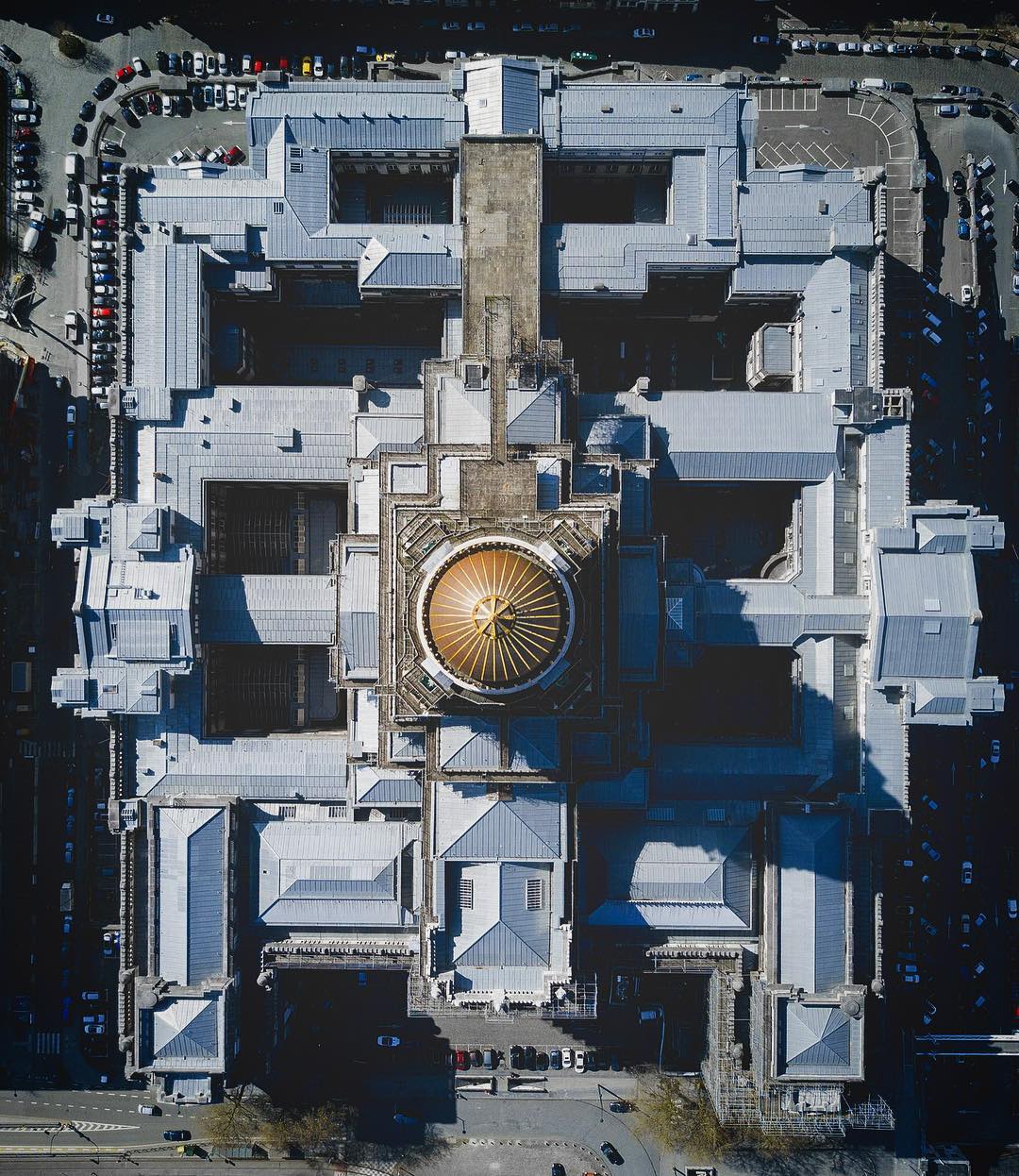 The building includes huge interior statues of Demosthenes and Lycurgus, by sculptor Pierre Armand Cattier, and figures of Roman jurists Cicero and Ulpian, by Antoine-Félix Bouré. Although the construction took place during the reign of Léopold II, he showed little interest in the building, and it's not considered part of his extensive architectural program in Brussels or his legacy as the “Builder-King”.7)

At the end of the Second World War, on the eve of the liberation of Brussels, the retreating Germans started a fire in the Palace of Justice in order to destroy it. As a result, the cupola collapsed and part of the building was heavily damaged. By 1947 most of the building was repaired and the cupola was rebuilt two and a half meters higher than the original.8) 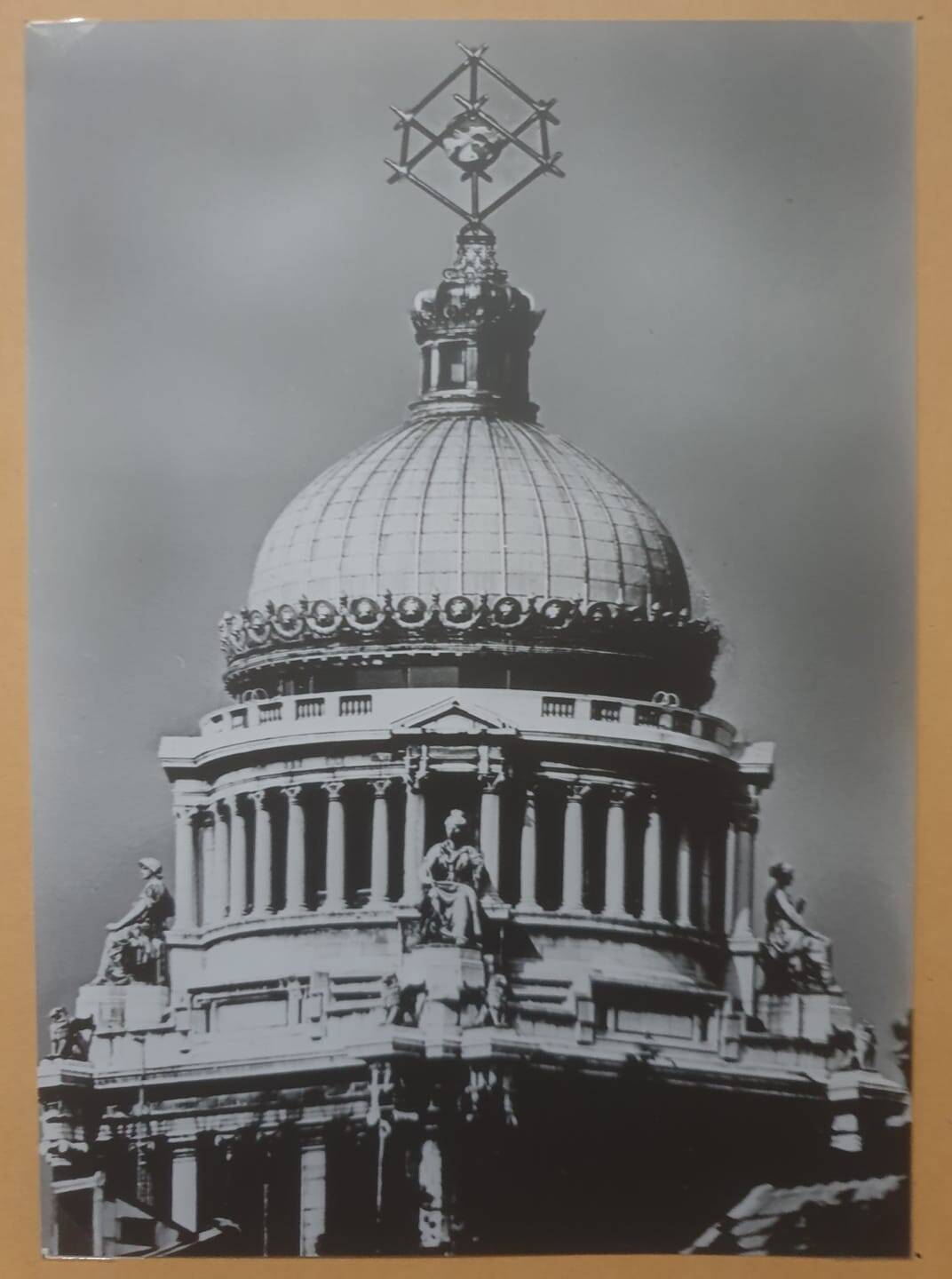 The Brussels Palace of Justice is bigger than St. Peter's Basilica in Rome. The building is currently 160 by 150 meters, and has a total built ground surface of 26,000 m². The 104 meter high dome weighs 24,000 tons. The building has 8 courtyards with a surface of 6000 m², 27 large court rooms and 245 smaller court rooms and other rooms. Situated on a hill, there is a level difference of 20 meters between the upper and lower town, which results in multiple entrances to the building at different levels.11)

François Schuiten and the Palais

Interview with Schuiten after publication of the Lonely Planet book on Brussels. 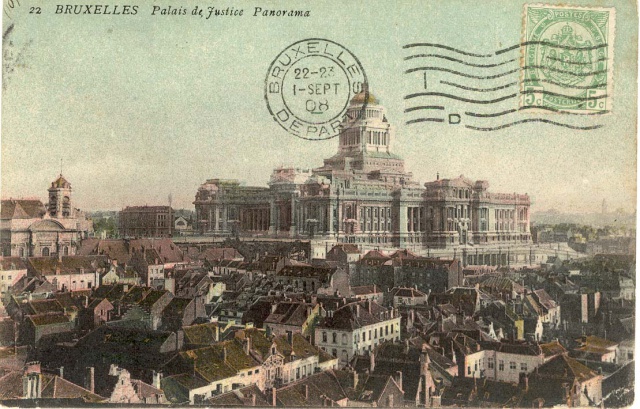 François Schuiten and the mystery of the Palais of Justice

The first scene of this movie is taken from le Dossier B.

The palace and its underground world…