With De Bethune Maestri’Art DW5 Armilia, De Bethune plunges in 2019 into the fantasy universe of designer and scenographer François Schuiten, nicknamed the “Watchmaker of Dreams”, while engaging in a dialogue with the enigmatic world of The Obscure Cities through signature motif highlighted on the very structure of its DW5. 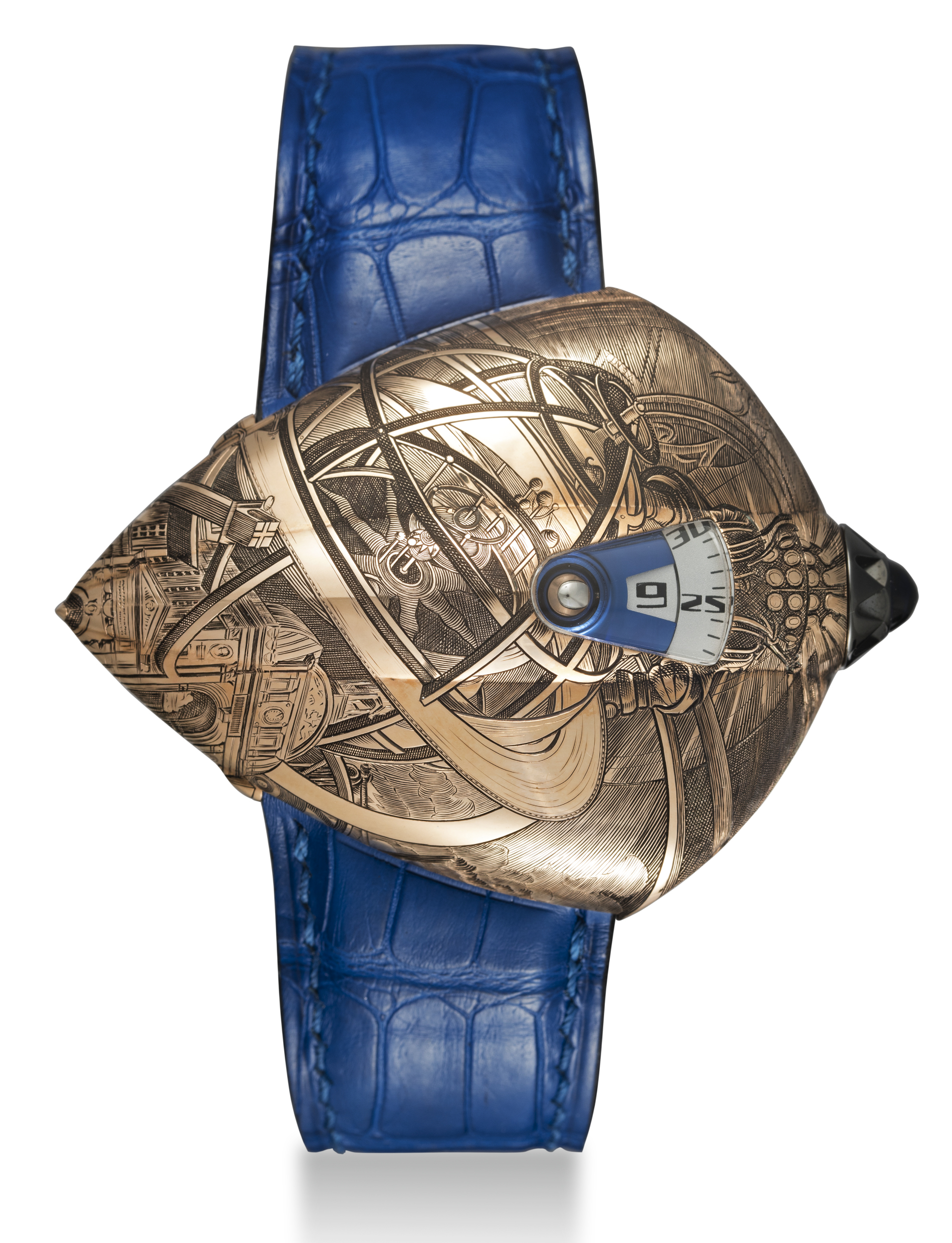 
A reality shift, a parallel universe in which humans are often left to their own devices – even though reality is never very far away – this imaginary world is composed of enigmas and mysteries. Through shadows and unusual reflections of our world subject to the principle of worrying strangeness, the authors of The Obscure Cities usher their readers into spectacularly extravagant settings while maintaining a distinctly human approach.

Within this retro-futuristic aesthetic free of any nostalgia, the stunning architecture, imaginary cartography, and oft heavy and imposing machines together constitute the driving elements of plots where science and engineering mingle with fantasy.

It is precisely in the context of this rich and extraordinary universe that De Bethune has taken an interest in Armilia: a submerged, almost entirely underground city. It is in this remote place in the far North of the imaginary Continent that the control of Time is handled, a concept oddly mingling chronology and climate disruptions. 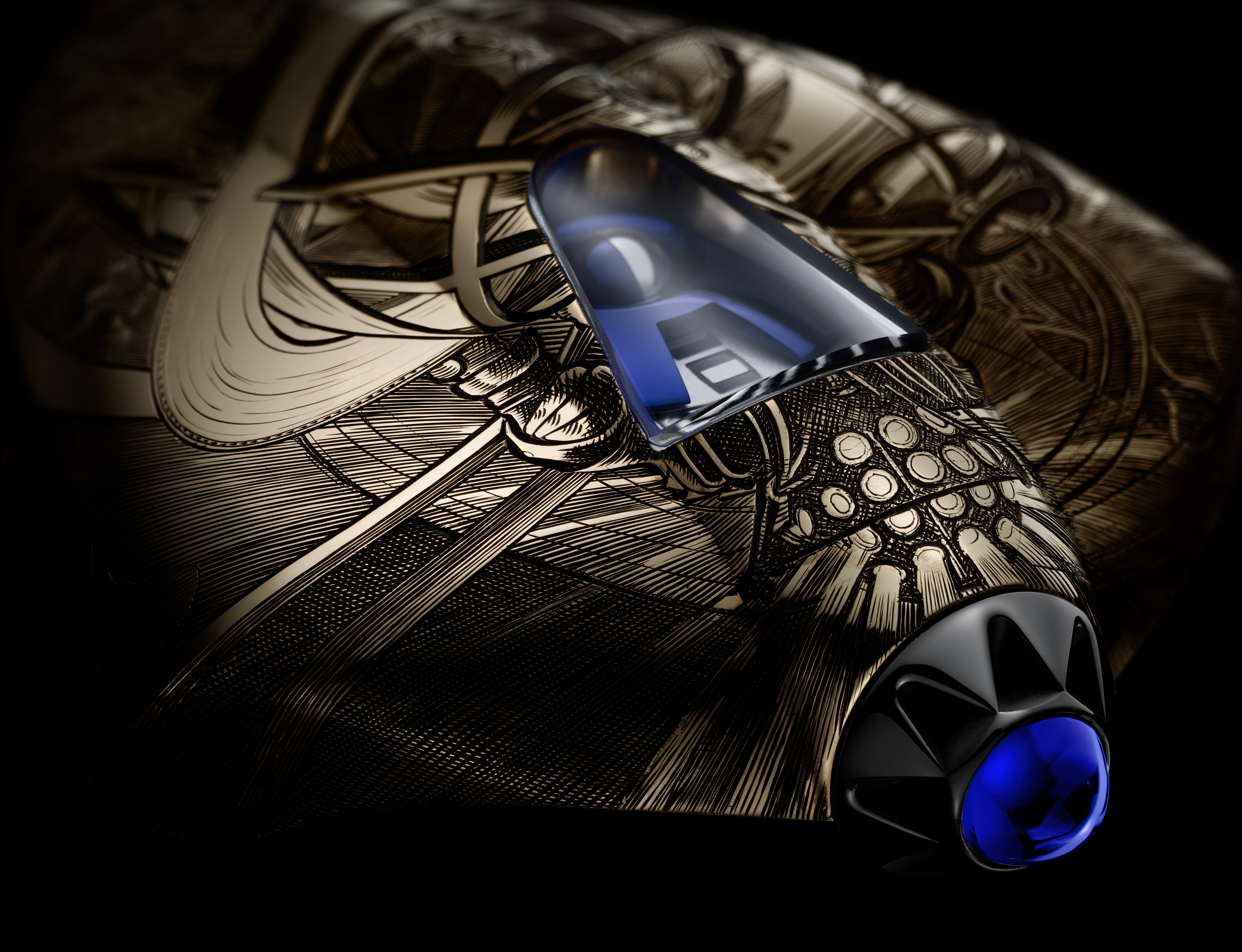 De Betune is an independant watchmaker in Switzerland. They produce very exclusive watches 1). One of their experimental watches is the Dreamwatch 5:

“A true wrist sculpture, the Dream Watch 5 is a continuation of the Maison’s research into shapes, materials and colours. The mechanics fade into the background so as to ensure an even more beautiful expression design. The display of the hour, minute and moon phase functions almost vanishes. As the creations progress, design is progressively refined in favour of a curved deltoid motif, a major element in the aesthetic of the collection and more generally of De Bethune watches” 2).

In August 2019 François Schuiten published two images of this special version of the Dreamwatch 5 with line artwork from Machines à dessiner. 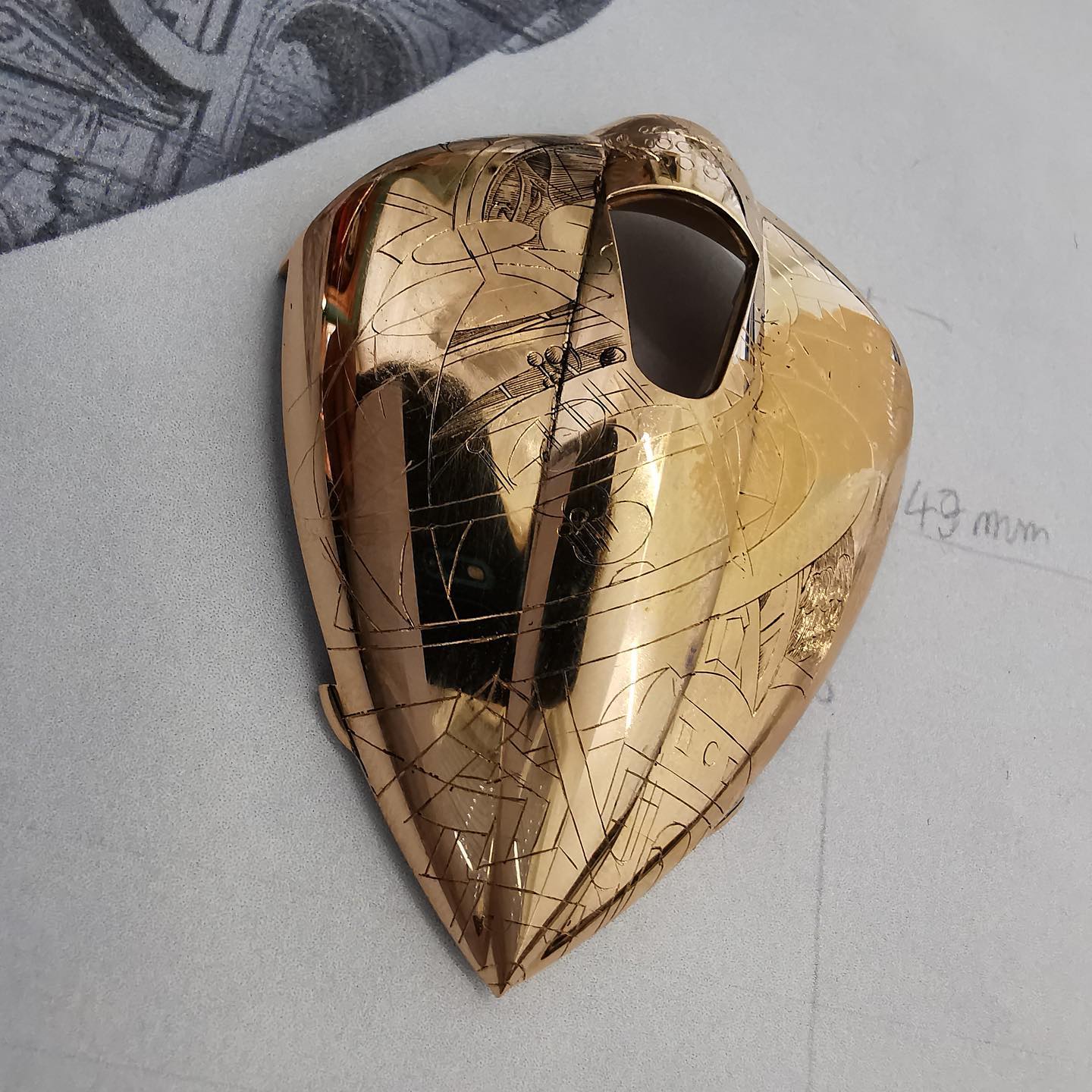 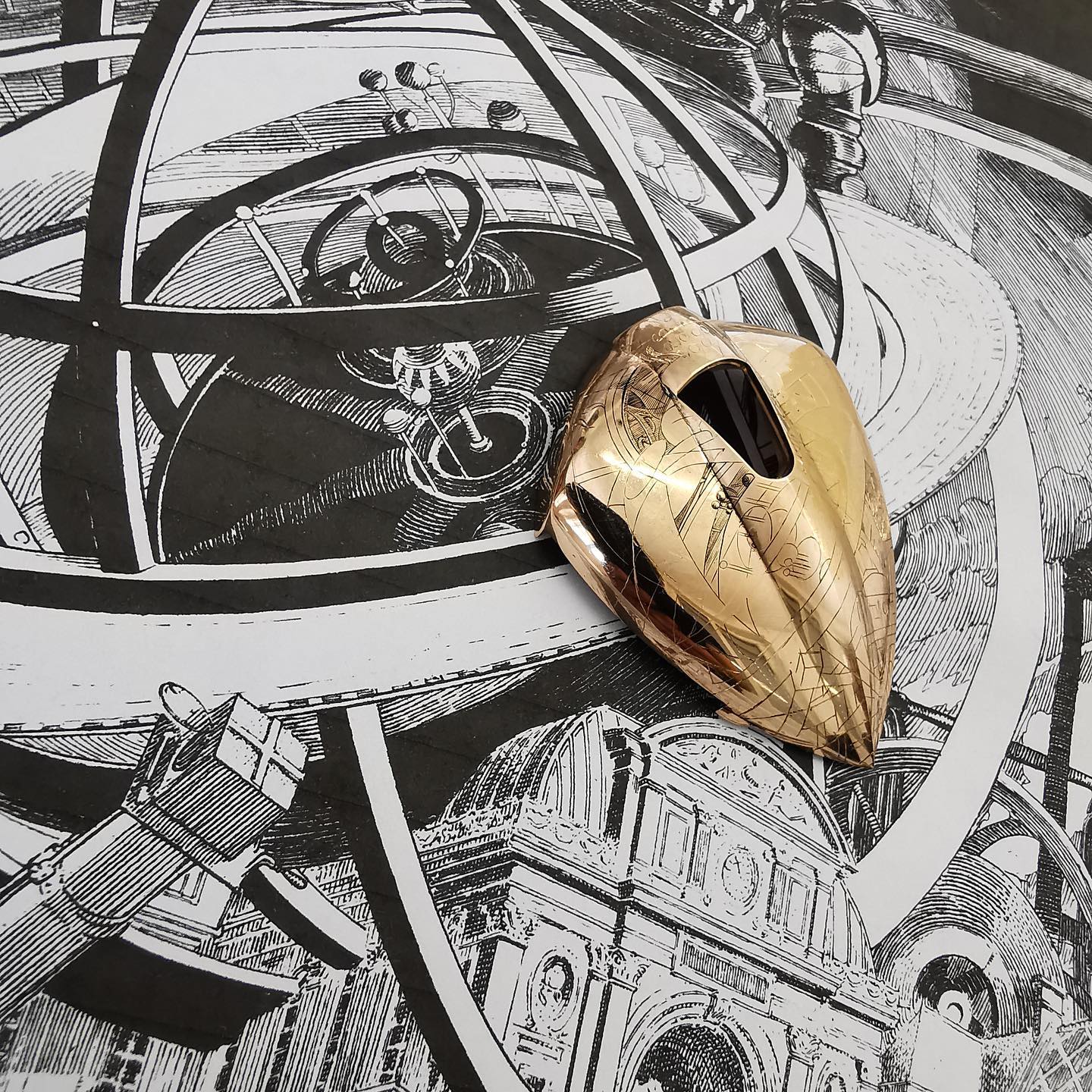 De Bethune observes the exchanges permitted between the real world and the world of The Obscure Cities, recognizing that time does not have the same value in this parallel world. Raising the question of perfect and imperfect time, exploring this “white zone” of the work’s nonetheless incredibly rich universe, De Bethune has imagined a time measurement object, a watch directly inspired by the depiction of Armilia and its universe.

As a watch movement, it refers to observing time from a different angle. The model was indeed almost called Reflet (reflection). A reflection of this non-human world, but into which humans make regular incursions. 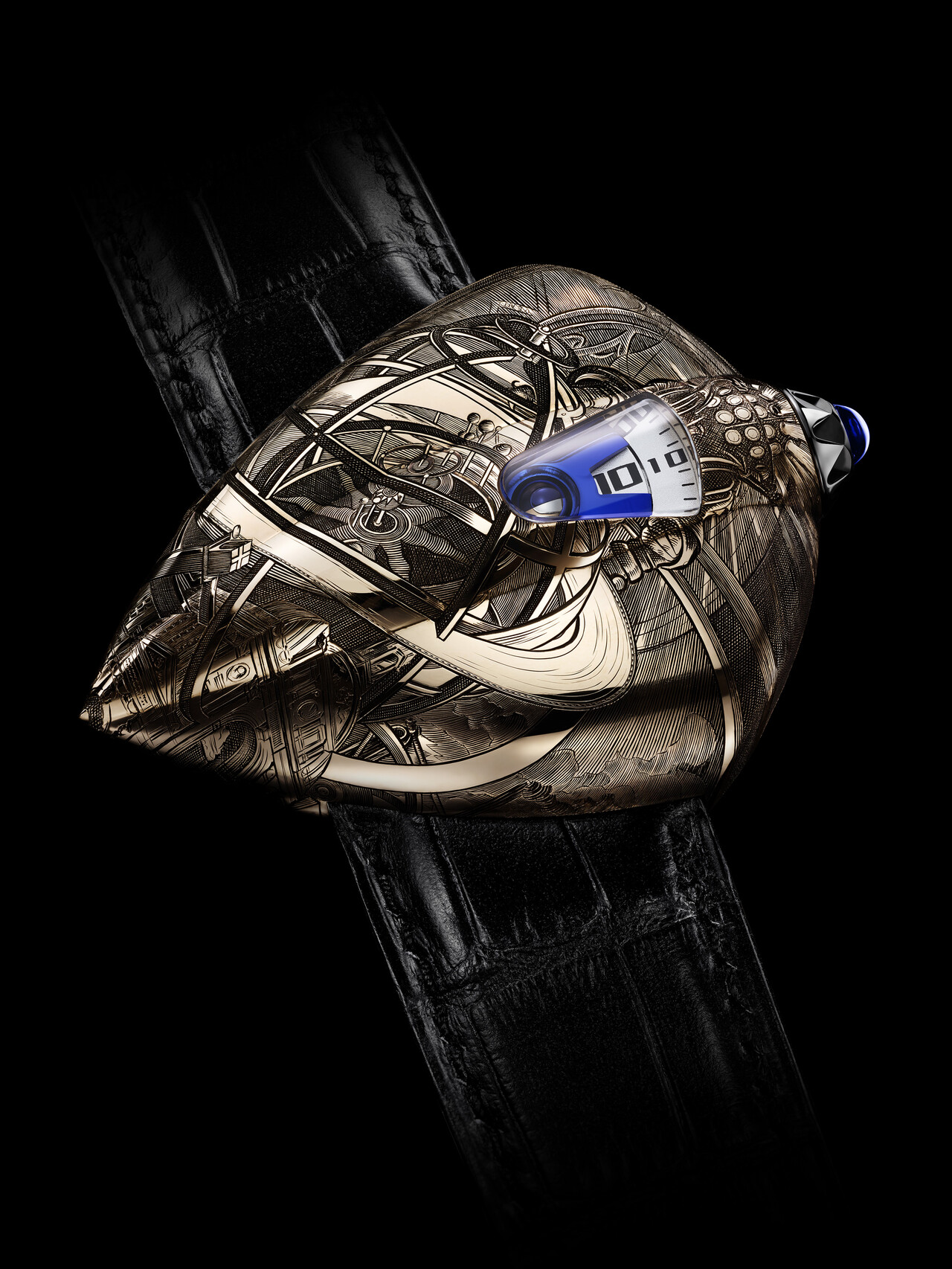 The boundary between art and artisanship

A watchmaker's work is mainly based on the search for precision, for all that is perfect, the ideal touch… This quest for perfection, this reference to the perfect and the imperfect, the acceptance of imperfection, the relative borderline between perfection and imperfection: it is this almost schizophrenic path that gives rise to emotions when facing matter. Matter that resists, that can be worked on, that can be tamed.

Breaking free of scales and proportions, Denis Flageollet, De Bethune co-founder and Master Watchmaker, and passionate about The Obscure Cities, has imagined a wrist-sized sculpture, engraved as a direct reference to a drawing of the City of Armilia.

Reflecting similar gestures, a dialogue was established between Schuiten's pen & ink drawings and renowned Swiss engraver Michelle Roten, whose talents were enlisted for this particular project. The structure of the watch thus comes to life or rather creates a reflection of Armilia's imaginary world, as if the watch were a ship setting out to explore this world. Bearing in mind the idea of achieving a depiction similar to the original drawings, it is no coincidence that De Bethune chose 18K pink gold. The warm colour of the precious metal recalls the equally warm colours characterising the drawings of the city at sunset. 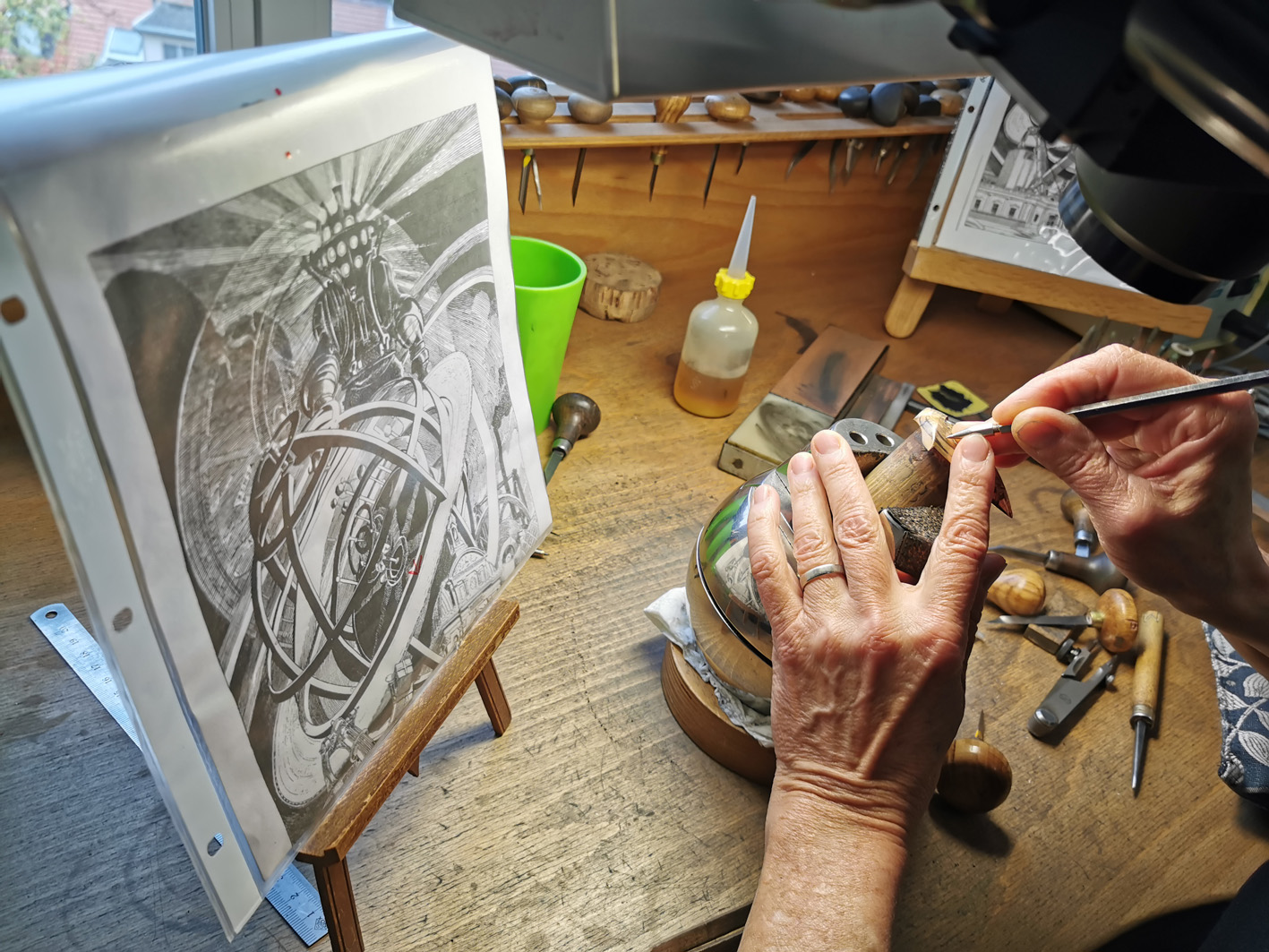 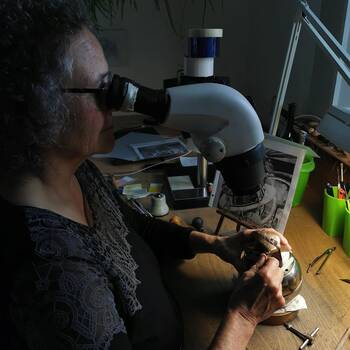 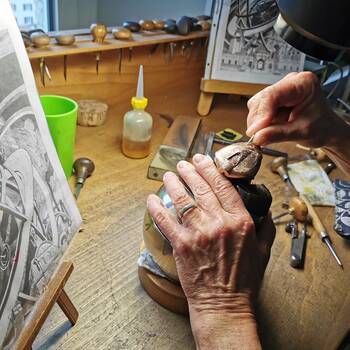 Outside, a totally imaginary world. Inside this watch, the real world of precision and watch engineering.

With Armilia, De Bethune has created a fascinating work that it is placing like a landmark on the frontier between art and watchmaking. The watch testifies to a vision of unbridled creativity while remaining based on profound understanding and respect for the great master- watchmakers of the past, whose work it transcends and magnifies.

Exploring the past so as to reinterpret it even more effectively, knowing its heritage, pushing its limits and finally inventing the future. Mastering its codes to the point of breaking free of them in order to transform expertise into emotion and technique into pure beauty. For De Bethune, the approach applies to both art and watchmaking. Armilia belongs to both worlds. It speaks of space, movement and speed as much as precision and complications.

Armilia is the result of extreme miniaturisation of its mechanism, entirely dedicated to design, of which time is only one element. A De Bethune interpretation appearing as a nod or a signature, a small two-coloured sphere indicates the moon phases. Composed of two assembled and polished blued steel and palladium half-spheres, it guides the eye towards the digital and minimalist display of the hours and minutes. All this is visible through a hand-cut cabochon-shaped tempered glass such as only a rare few are capable of producing, providing a chance to get a better view of this mechanism that counts off time, within a fantasy world that approaches it from an entirely different standpoint. 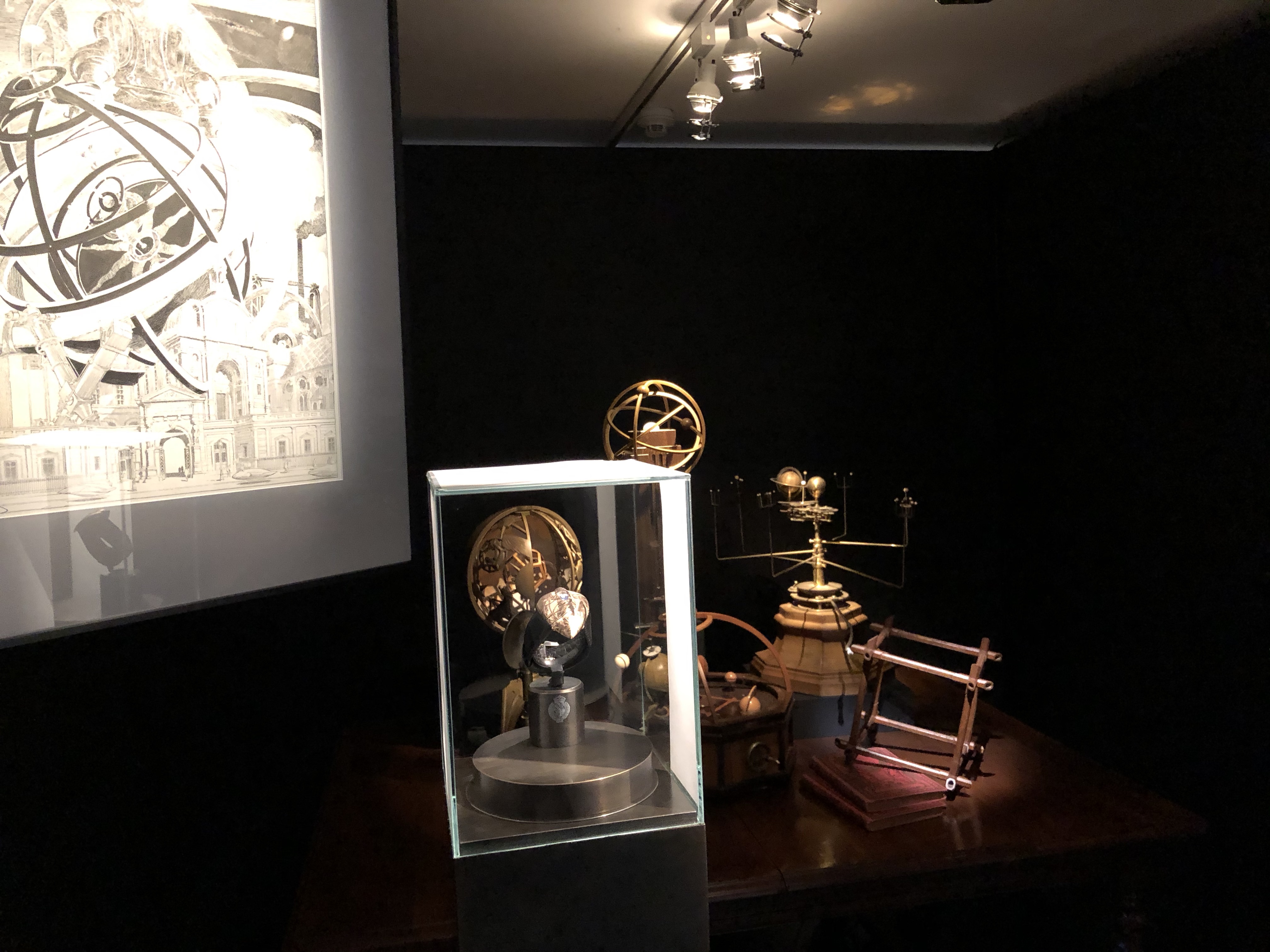 De Bethune Maestri’Art DW5 Armilia was on display during the exhibition Mondes (im)parfaits in Maison d’Ailleurs. The inauguration was the perfect occasion for unveiling the Dream Watch 5 Armilia, next to the original drawing of the city of Armilia imagined by Schuiten, in the presence of François Schuiten, Denis Flageollet and Michèle Rothen, the renowned Swiss Master Engraver who worked on the timepiece.