You are here » The Obscure Cities » Dictionary » Time

Time has several meanings in the Dictionary:

Time, in French, the word temps means both “time” and “weather”. In the Obscure world, those two notions are also strongly intermingled, and both can be controlled from Armilia. The measure of time is a prestigious office on the Continent, but was long forbidden in Taxandria (see Ailée). It seems that time flows in the Obscure World more slowly than in ours, but this is apparently not an absolute rule 1). The Hollow Earths have their own system of time-keeping. 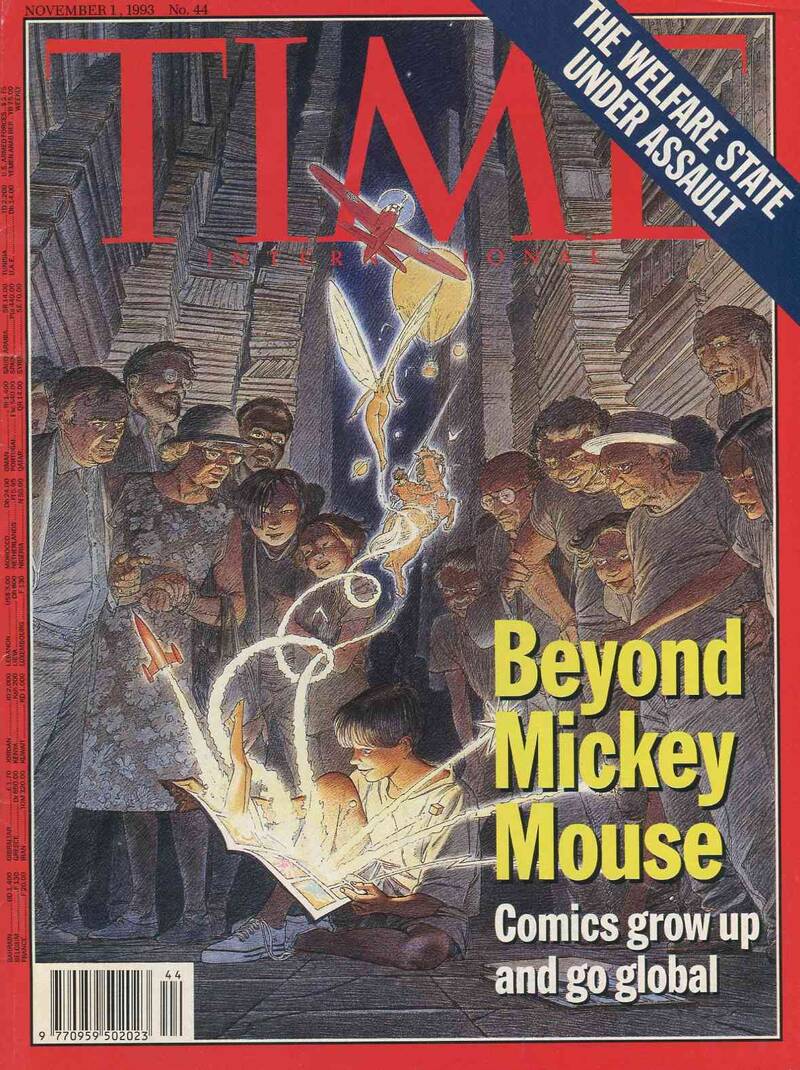 Time is the name of a magazine widely distributed in our world. The November 1st, 1993 AD issue clearly indicates that there are contacts between the Obscure universe and North America. This image is identical to the one used on a poster promoting Bibliotherapy on the Internet 2).