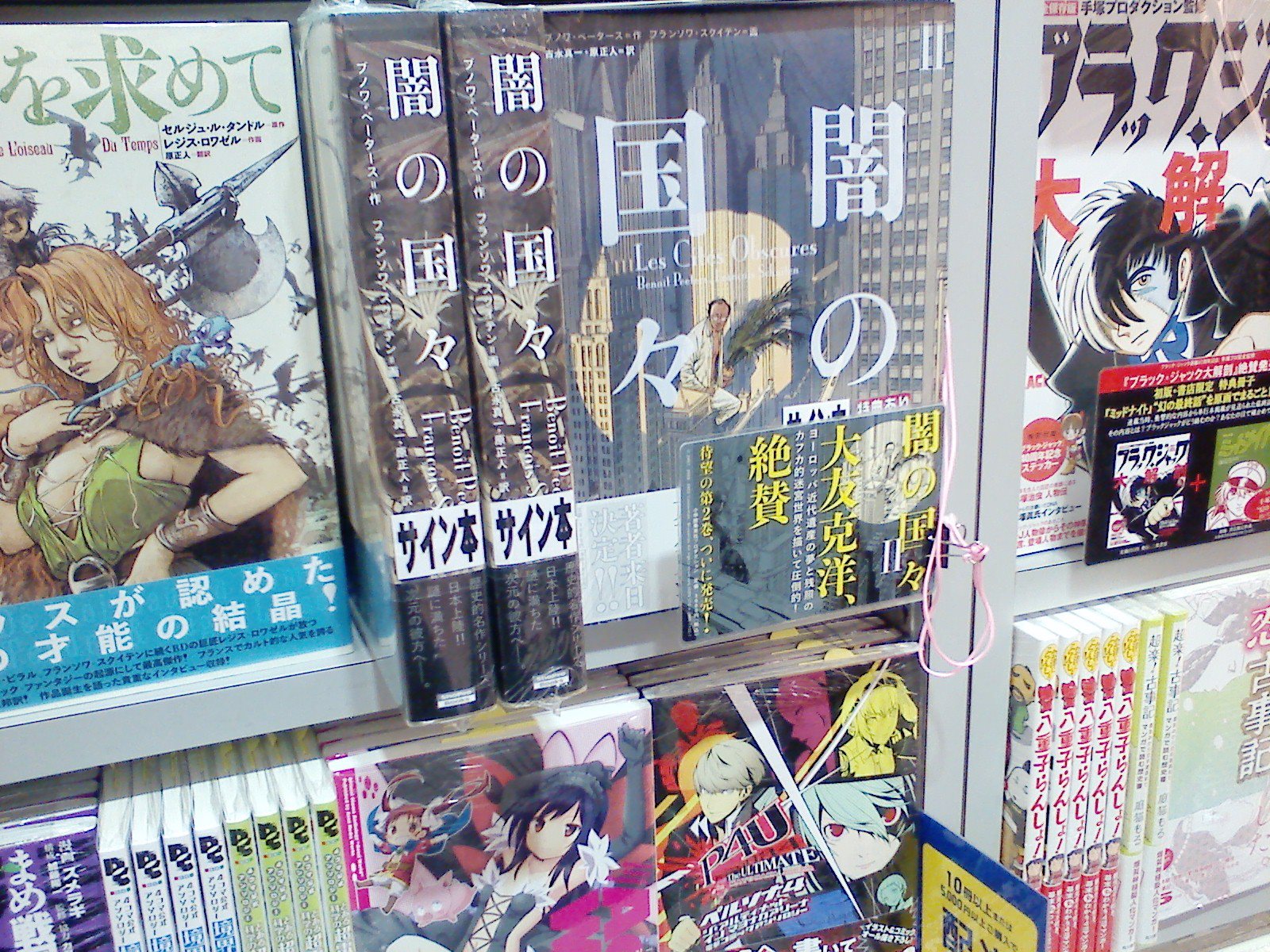 At November 17, there was a conference at the University of Gakushuin, Tokyo about the “perception of the body in comics”. Benoît Peeters held a presentation about Töpffer and François Schuiten, Benoît Peeters and Katsuhiro Otomo had a public discussion together. 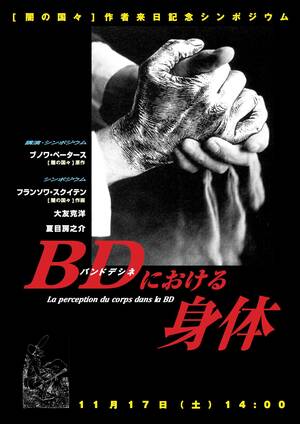 Visit to the first edition of the Kaigai Manga Festa 1) with a lively debat with Naoki Urasawa 2).

François Schuiten was filmed while making a drawing. Benoît Peeters gives his comments on the process 3).

The end result of this session is a very nice drawing of 12.004 and Leon van Bel of the 12 La Douce album. 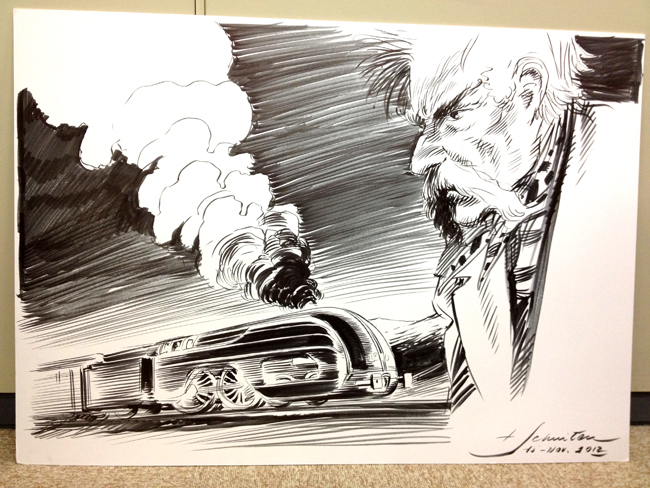 How do we imagine the ideal city? How do we expand the possibilities of the city?

This discussion on Utopian Cities took place in the Institut Français in Tokyo.5) 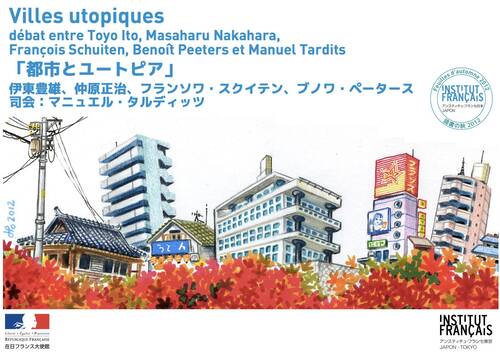 Images of the discussion and reception at the Institut Français, with the Japanese editors and Sekizumi Kaoru, who is responsible for the graphical adaption of the Obscure Cities albums in Japan. Images by Sekizumi Kaoru

Images of the trip to Fukuoka. With a visit of the Komijozenji Temple and an exposition of paintings by Dürer, Vermeer and Rembrandt.

Last interviews with journalists of the magazines “Eureka” and “SF”. 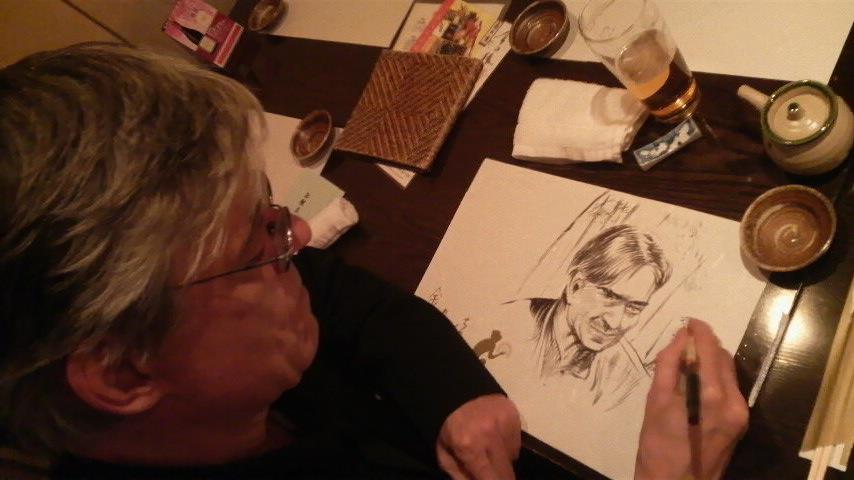