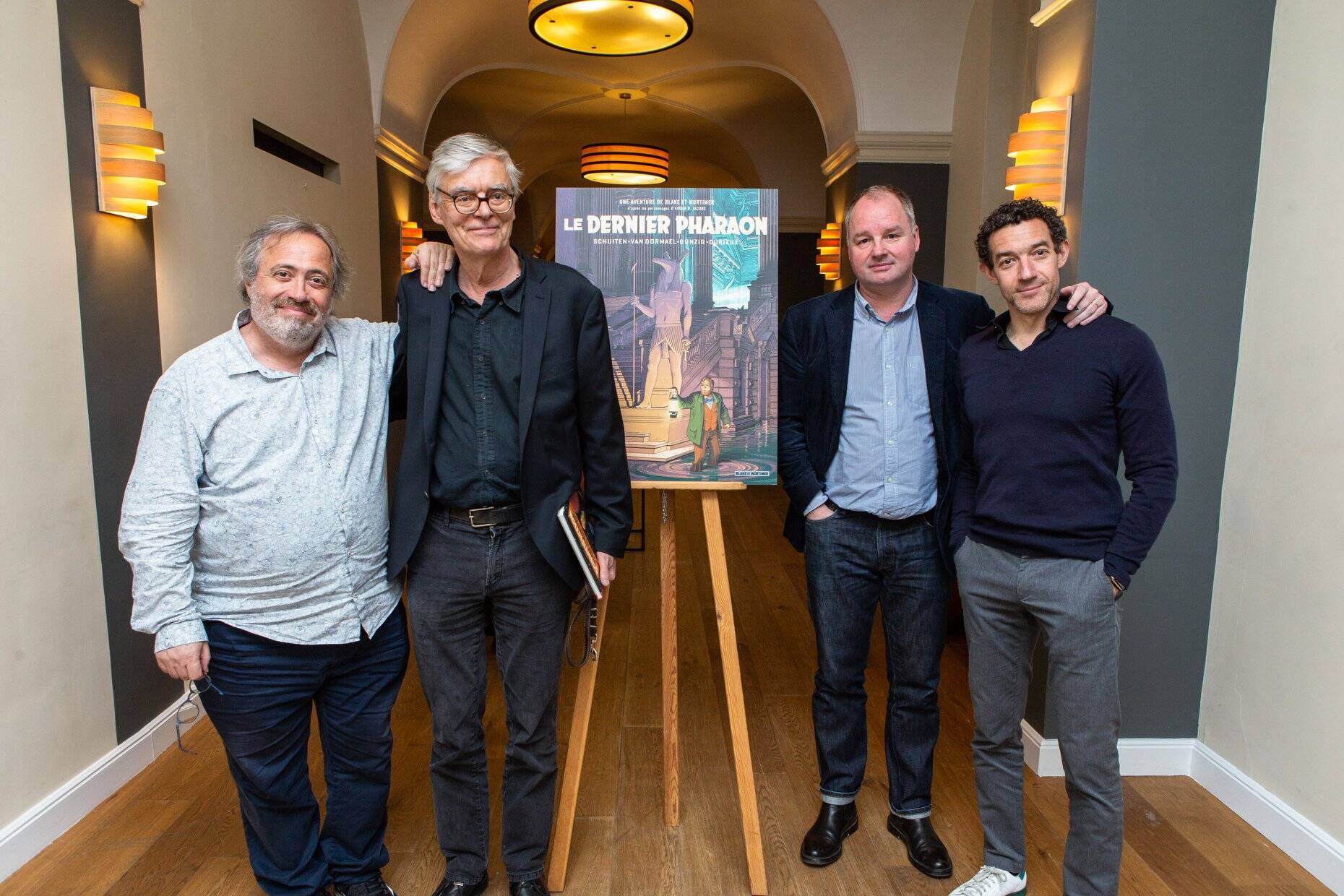 The first public appearance of François Schuiten, Thomas Gunzig, Jaco van Dormael and Laurent Durieux after the release of Le Dernier Pharaon was on May 29, 2019 in Brussels. Librairie Filigranes had organised a signature party in Cercle de Lorraine - Club van Lotharingen, right across the Palais de Justice de Bruxelles.

About 300 people where chosen to be able to buy a signed copy of Le Dernier Pharaon. The albums were stamped with one of the two designs, after which Schuiten and Durieux altered the image with black and white ink. The album was signed by all four authors.

Robin Cuvilier made the following images of this evening 1) 2).

Yves Schlirf made some pictures of the signatures and dedications during this event 3) 4) 5).