You are here » The Obscure Cities » Dictionary » Goudvis

François Schuiten featured in the 6th episode of the third season of Goudvis, the series on Belgium television station Canvas about important Belgium artists. The episode by Marianne Soetewey was aired on November 6, 2011.

François Schuiten (1956) creates comic book art and is the designer of an intriguing graphic universe as visionary as that of Jules Verne. Most famously he was as the duo with Peeters with the series 'The Obscure Cities'. But he drew also the futuristic world of the movies by Jaco Van Dormael (Mr. Nobody) and Raoul Servais (Taxandria).

Aimer pour dessiner François Schuiten life can only be seen as he can draw. Age of sixteen he drew his first comic book in secret. The collaboration with scriptwriter Benoît Peeters for the series 'The Obscure Cities' means his international breakthrough.

He gets the stamp of architectural draftsman, but would especially like to show people, influenced by his surroundings. So draws and redraws his hometown Brussels, as imagined futuristic city of Art Nouveau and as a symbol of what can go wrong.

Schuiten leads Goudvis around the Maison Horta Autrique that he saved from demolition. We see him working on his first solo album in Schaerbeek home, and so discover his passion for trains. Together with Benoît Peeters he pulls a lecture to Lisbon and shows why that city while he reminds his beloved Brussels.

Music used in the documentary

Some stills from the documentary 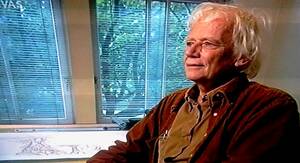 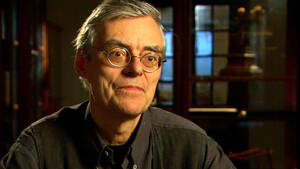 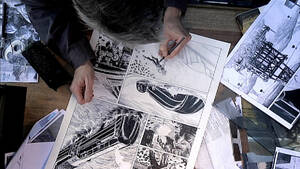 See http://www.humo.be/tv-tips/58813/docu-goudvis-francois-schuiten for the original interview in Dutch.

Humo: Were you flattered when 'Goudvish' knocked on your door?

François Schuiten: “I really not care much about television reports, but I have agreed, because you feel that the team takes the time to dive deep into the subject. For six months, they follow me: they had everything I read, always asked the right questions at the right time, and they have some special witnesses. Not only have they succeeded to interview the very busy Umberto Eco - a hardened fan - , they also got my wife for the camera! That's an absolute tour de force, I can say. ”

Humo: also strip journalist Geert De Weyer throws with praise: there is absolutely nothing happening in your stories, it sounds.

Schuiten (laughs): “I was pleased with that remark. My stories are a journey into a parallel world. Action does not interest me, but something happens between the story and the reader: if expectations are willing to move to the side and out the action clichés, his imagination begins to run at full speed and gets a close relationship with the work. ”

Humo: What does “Aimer pour dessiner” actually mean, the somewhat cryptic subtitle your episode has been given?

Schuiten: “If I draw something, I want to know everything about it. The new album in the 'Obscure Cities' cycle revolves around an old locomotive from the train depot in Leuven. Well, I've got the train down to the wire undressed I want to know how this thing works, smells, feels. And yes, after a while so I'm going to love my subject. Unfortunately: therefore I work at the pace of a miner - stone by stone in search of gold. ”

Humo: So looking back on your career: what are you most proud?

Schuiten: “When I browse through my books, I notice only the imperfections. I would like to constantly touch up things and make new details. I measure myself with artists like Hergé and Franquin , but at such times until I realize I have not come up to their ankles. ”