You are here » The Obscure Cities » Dictionary » Benjamin, Walter 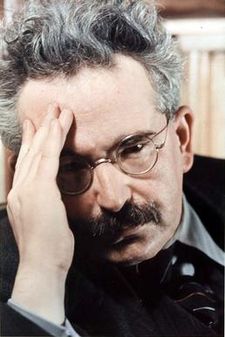 His turn to Marxism in the 1930s was partly due to the influence of Bertolt Brecht, who developed a theater notable for its Verfremdungseffekt (defamiliarization, alienation). An earlier influence was friend Gershom Scholem, founder of the academic study of the Kabbalah and of Jewish mysticism 3).

Influenced by the Swiss anthropologist Johann Jakob Bachofen, Benjamin coined the term “auratic perception”, denoting the aesthetic faculty by means of which civilization may recover an appreciation of myth. Scholars often cite Benjamin's most famous works, especially the essays “The Task of the Translator” and “The Work of Art in the Age of Mechanical Reproduction” 4).

Benjamin committed suicide in Portbou at the French–Spanish border while attempting to escape from the Nazis 5).

The Passagenwerk (Arcades Project, 1927–40), was Walter Benjamin's final, incomplete book about Parisian city life in the 19th century, especially about the “Passages couverts de Paris”, the covered passages that extended the culture of flânerie (idling and people-watching) when inclement weather made flânerie infeasible in the boulevards and streets proper.

The Arcades Project, in its current form, brings together a massive collection of notes which Benjamin filed together over the course of thirteen years, from 1927 to 1940.

The Arcades Project was published for the first time in 1982, and is over a thousand pages long 6).

Paris - Capital of the Nineteenth Century 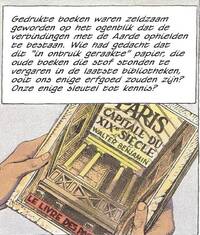 Walter Benjamin's book “Paris - Capital of the Nineteenth Century” is read by Kârinh in the Tube 7). You can download the English translation of this book: paris_capital.pdf