You are here » The Obscure Cities » Dictionary » Maison du Peuple

Maison du Peuple [House of the People] was a superb building in Brussels, designed by Victor Horta. Built in 1895 - 1899 and demolished in 1965.

In spite of a rather restrictive very irregular building place along a circular square and on a slope, Horta succeeded to construct a building with maximum functionality. The building provided rooms for several aims like offices, coffee shops, shops, meeting rooms and a party hall. The building had been mainly constructed in white iron (more than 600,000 kilogrammes). Fifteen craftsmen worked for eighteen months on the iron work. To make this construction possible, Horta drew no less than 8,500 square meters of plans. The building was completed in 1899 and was considered a master work. Because of the experimental combination of brick, glass and steel this building was considered as an example of modern architecture 1). 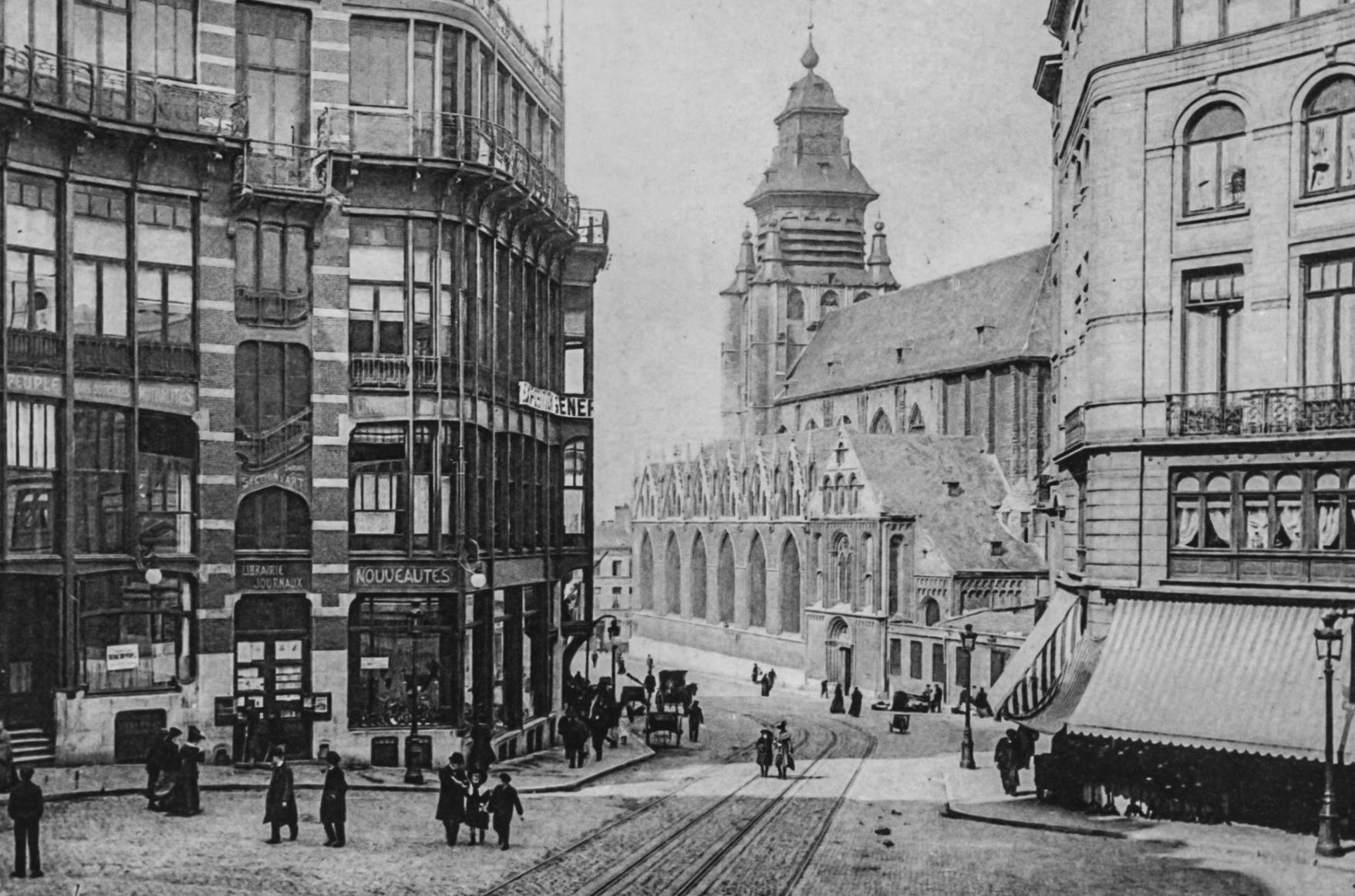 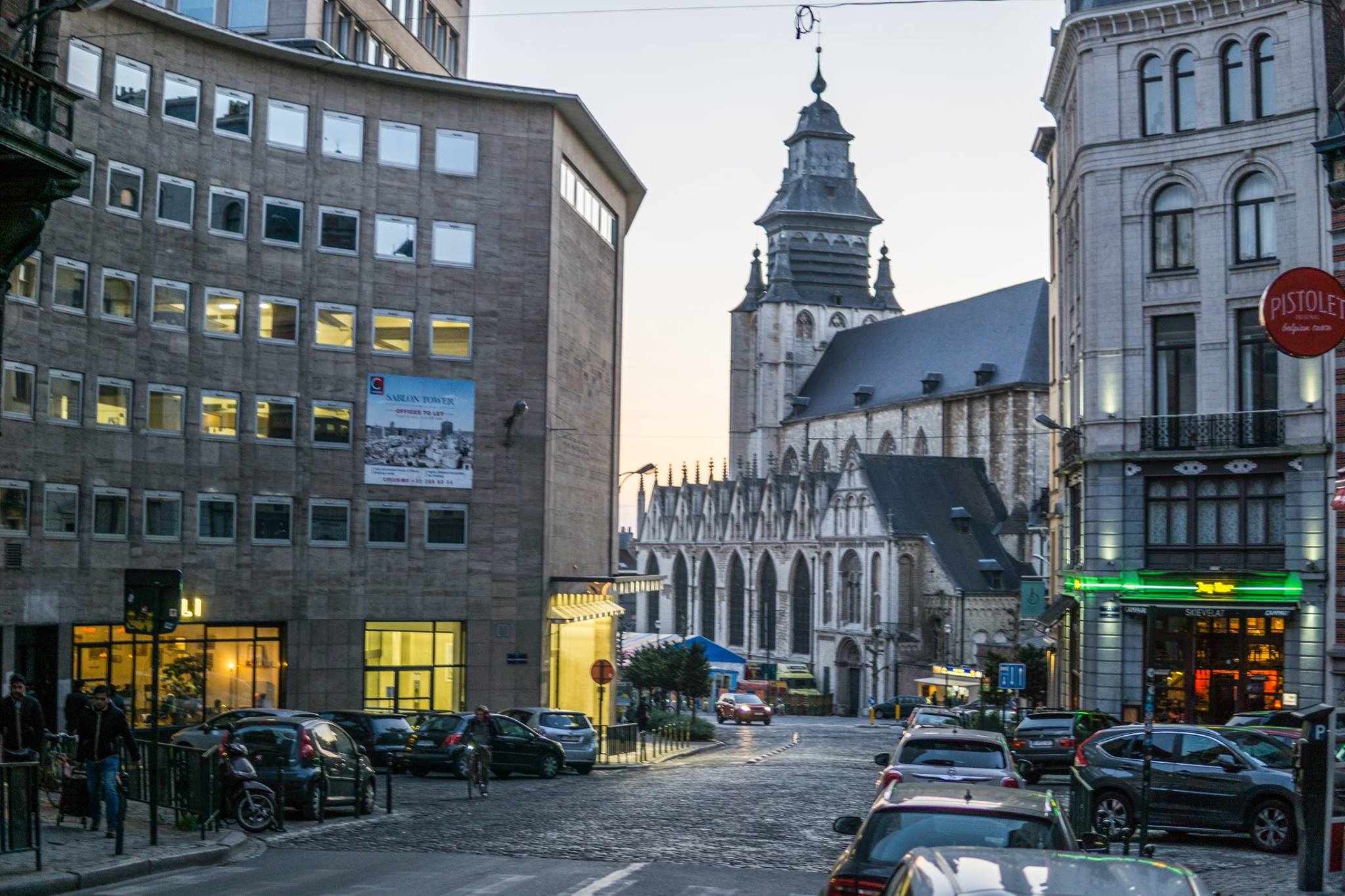 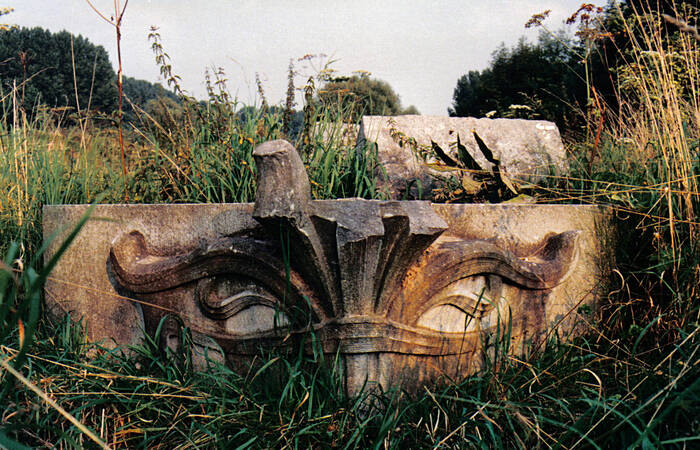 The building was however demolished in 1965, in spite of an international protest movement of over 700 architects (Venice, 1964). This did not change the mind of the mayor of Brussels, Lucien Cooremans, and the building was dismantled entirely with the idea of rebuilding it elsewhere. Instead, the components of the building were scattered in vacant lots around Brussels, and today, everything is irreplaceably lost 2). 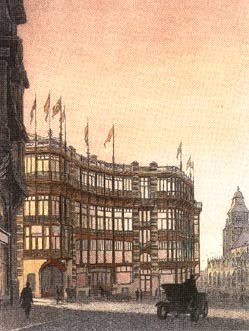 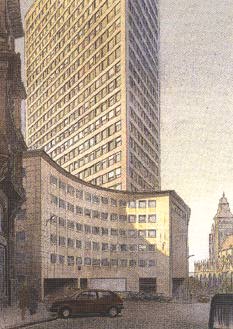 Maison du Peuple was most probably a point of Passage. Its internal structure, which resisted for a long time to the efforts of the wrecking crew, was similar to that of Alta Plana 3). 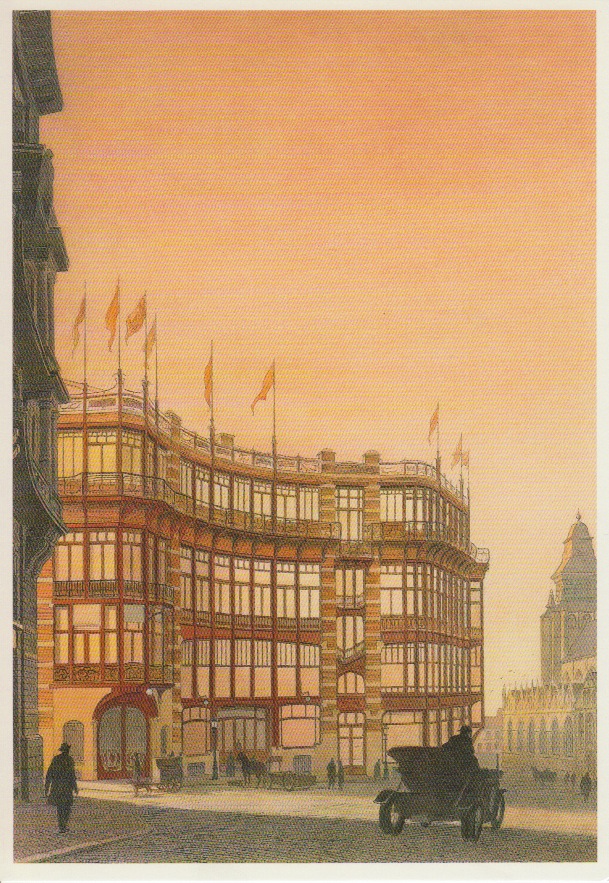