You are here » The Obscure Cities » Dictionary » Thomas Crausaz 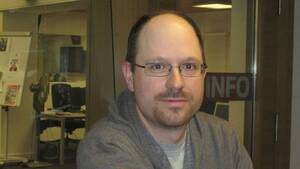 Thomas Crausaz was born in Switzerland in 1973. After an early start in Switzerland, he decided to try his luck abroad and joined an English video game company. In 2003, he moved to Nottingham where he spent nearly 10 years. He worked on various video games (MotoGP, Haze, Crisis 2) as Senior 3D artist and Lead. In 2011, he returned to Switzerland to open the GameArt department of the EPAC (Saxon). In 2016, he founded the start-up Adventures-Lab, which specialized in content creation and augmented reality products. When this company folded, he decided to launch his long delayed artistic career by exploring themes close to his heart: science fiction, technology and dystopia.

In 2019 twenty reproductions on plexiglass by Thomas Crausaz, made for the series “Valais noir” were on display during the Mondes (im)parfaits exhibition in Maison d’Ailleurs.