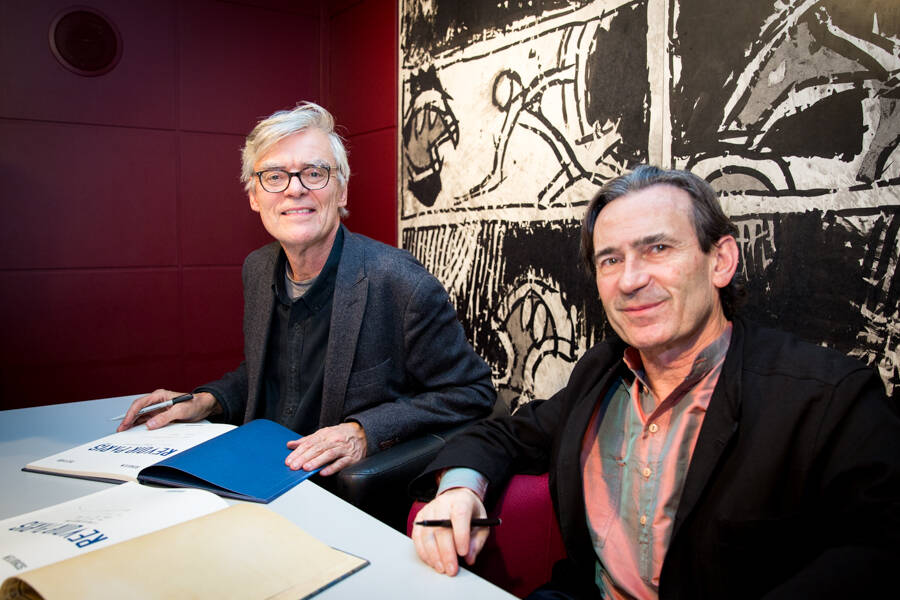 At the end of 2016 it is a good moment to look back at the eventful 2016. Although it started a bit slow, it got on speed soon and ended with a huge amount of events during the last months of 2016.

The release of Revoir Paris, La nuit des constellations. The exhibition : Machines à dessiner and Voyage dans les Cités Obscures. The trip to China, many translations and publications. But also the attacks in Brussels and the explosion that destroyed the home of Peeters.

A lot has happened. A review of what was captured on altaplana.be can be found at the 2016 review page.