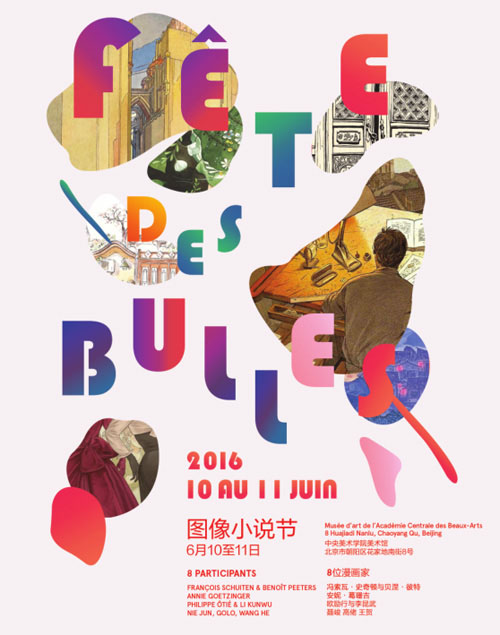 The Fête des Bulles took from June 10 to June 20, 2016. A small-scale comic book and graphic novel festival, it gathered French authors, Chinese authors and one Belgian author around a common passion.

Other than a firm and thin stroke, drawing comic books requires inspiration and reflection. In Europe, many authors have proven, through magnificent works benefiting from a real plot, that comic books and graphic novels truly are the 9th Art. Not to be outdone, China has seen the rise of talented authors flying the flags of comic books. In a context which is more and more favorable to graphic novels, the Chinese audience must be shown that comic books, far from being solely restricted to children, is a full-fledged adult medium.

Benoît Peeters and François Schuiten (The Obscure Cities), Annie Goetzinger (Girl in Dior), Philippe Otié and Li Kunwu (A Chinese Life), Golo, Nie Jun and Wang He were all invited for this event.

The event was made possible by the support of the Institut Français, Casterman, Dargaud.

Presentation of the Chinese translation of “The Book of Schuiten”. The book is published by Artmedia. The presentation took place at the bookshop Page One (Ydigang).

Benoît Peeters shared some pictures of this event. 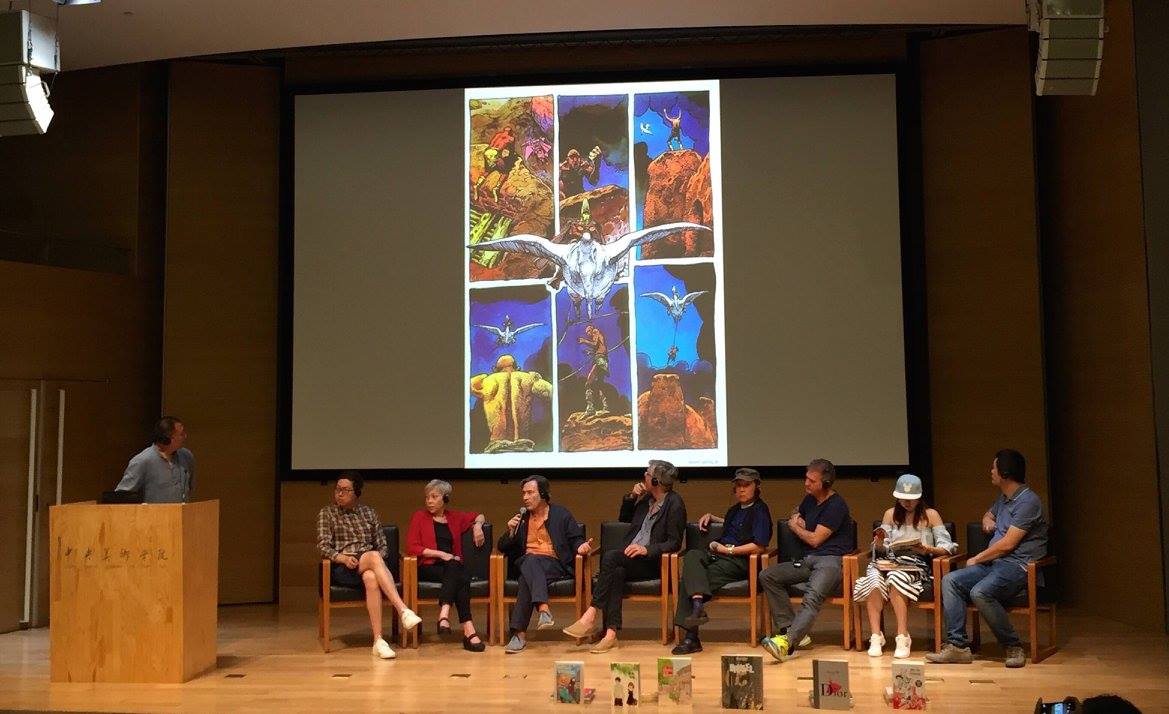 Fête des bulles was organized at the Central Academy of Fine Arts (CAFA) in Beijing. Benoît Peeters held a presentation about the history of European comics.

All authors were given time to present their work. Like Nie Jun about “Tales from the alley”. 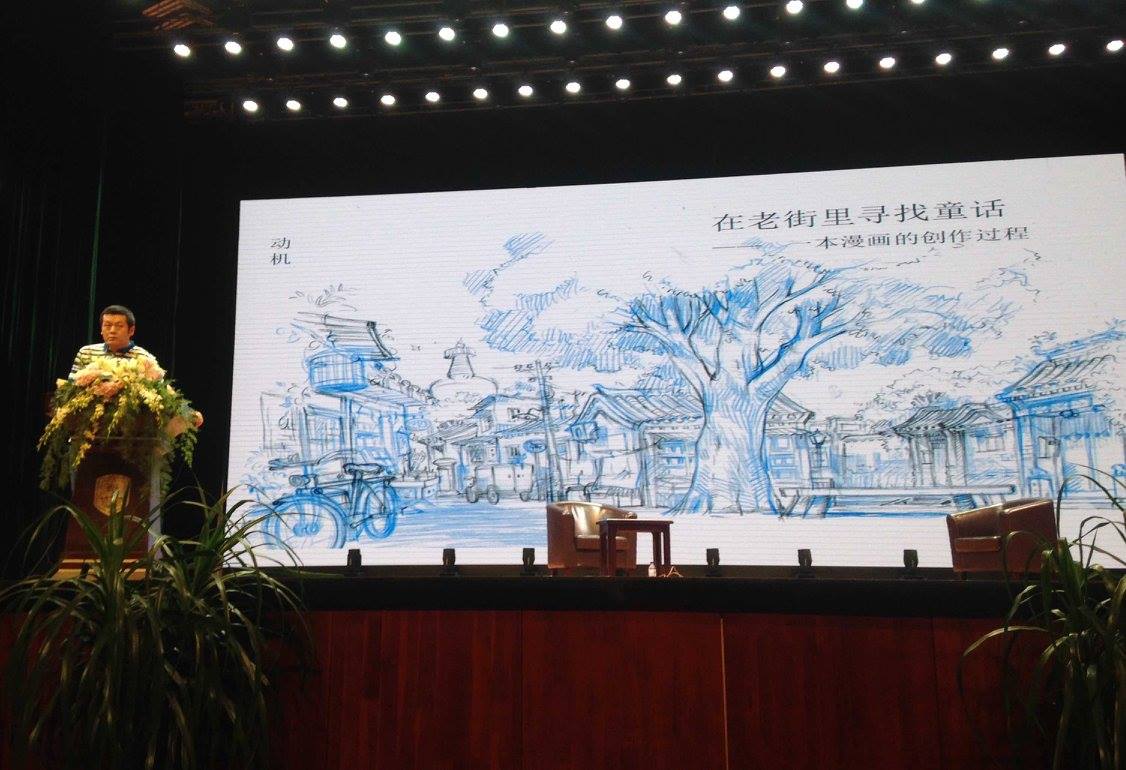 and Li Kunwu and Philippe Ôtié about their trilogy “A Chinese life”. 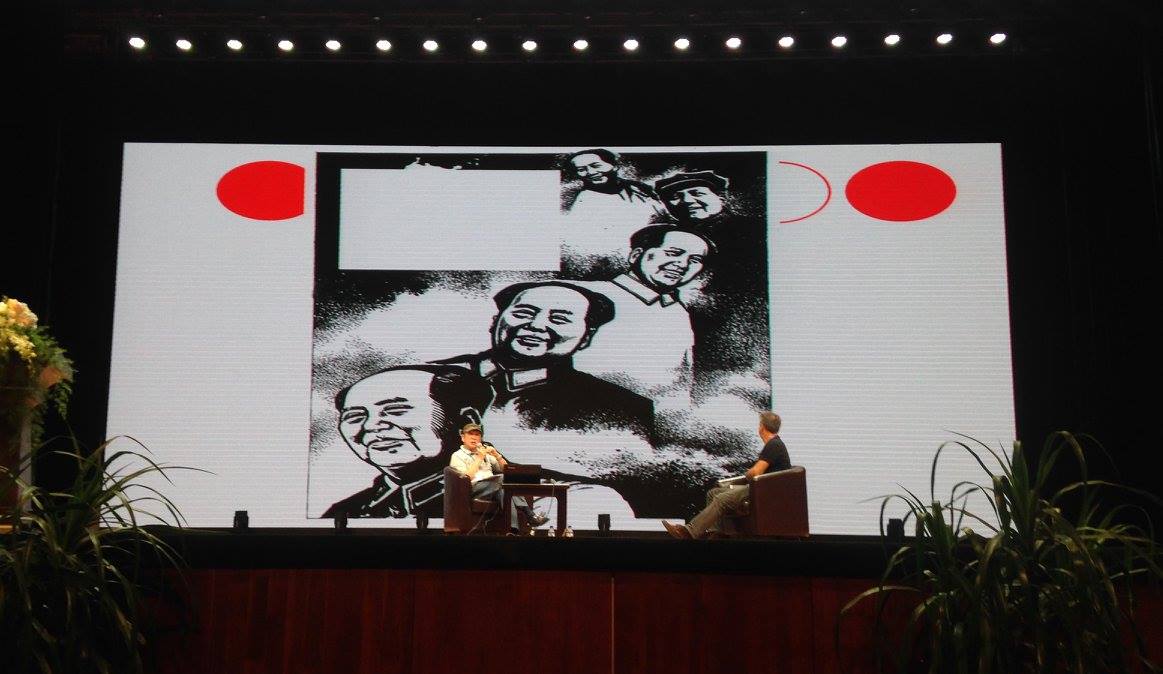 Weibo user Blodris made several pictures of the presentation with Benoît Peeters and François Schuiten 1).

Schuiten and Peeters also visited an exhibition of artwork by the students of CAFA. 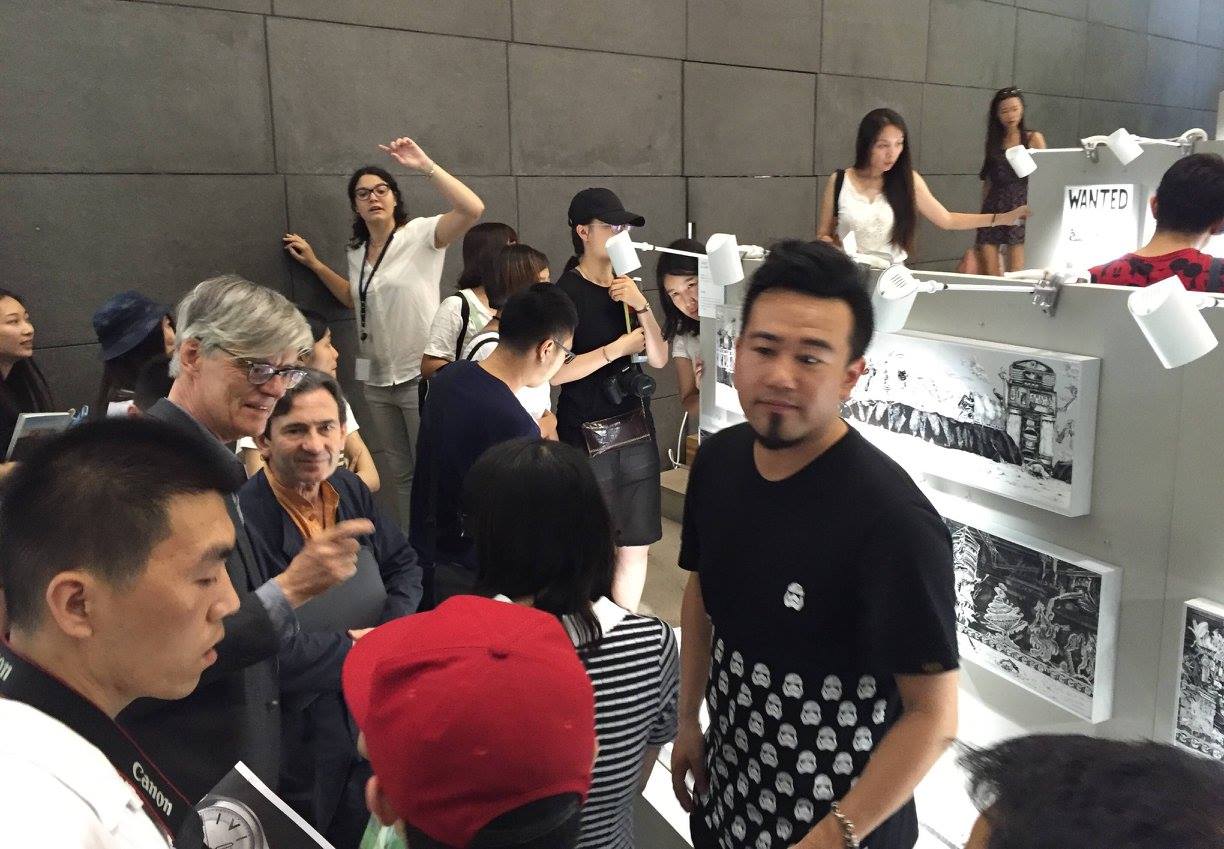 Afterwards there was an activity together with the students. They had to make a page that contains three key words that were given right before the activity: Mobile phone, June and Red Panda. 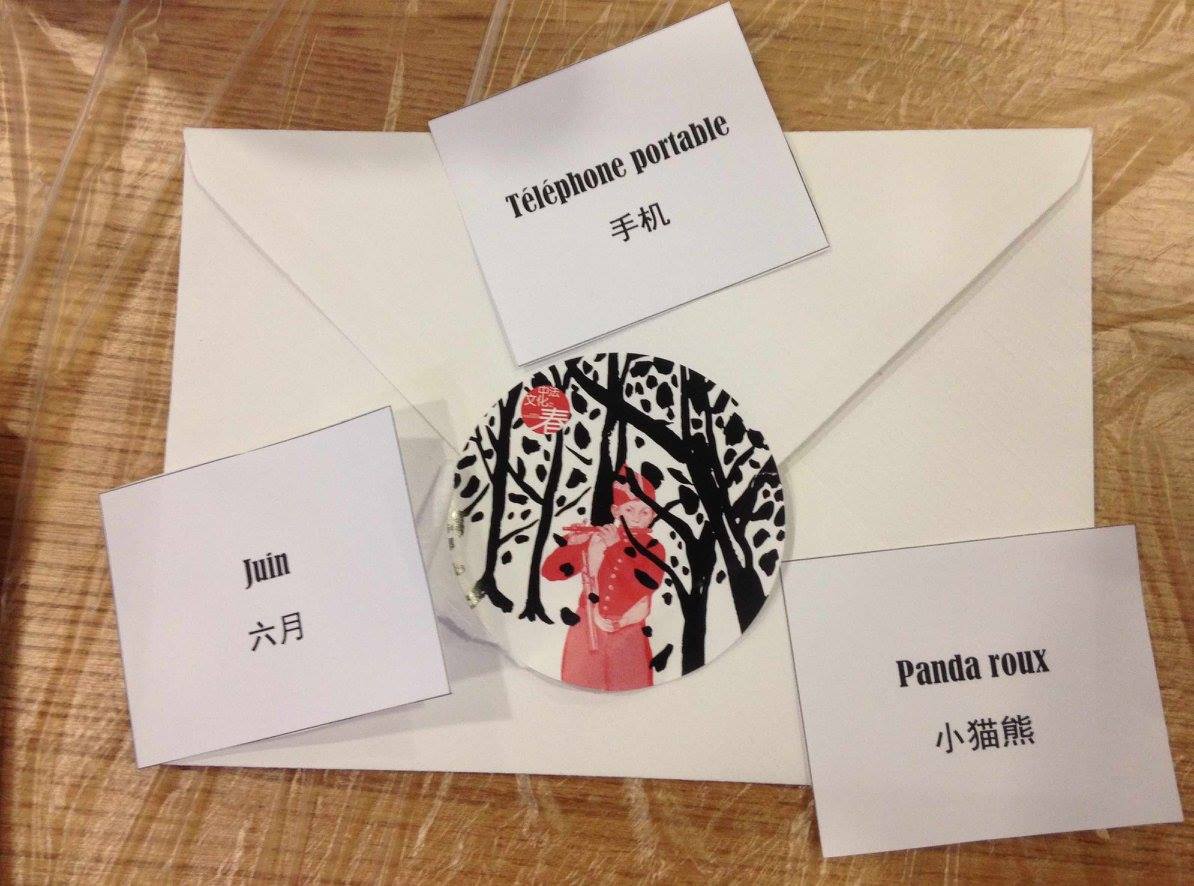 At the end of this session there was again the possibility to get a signed book by Schuiten and Peeters. 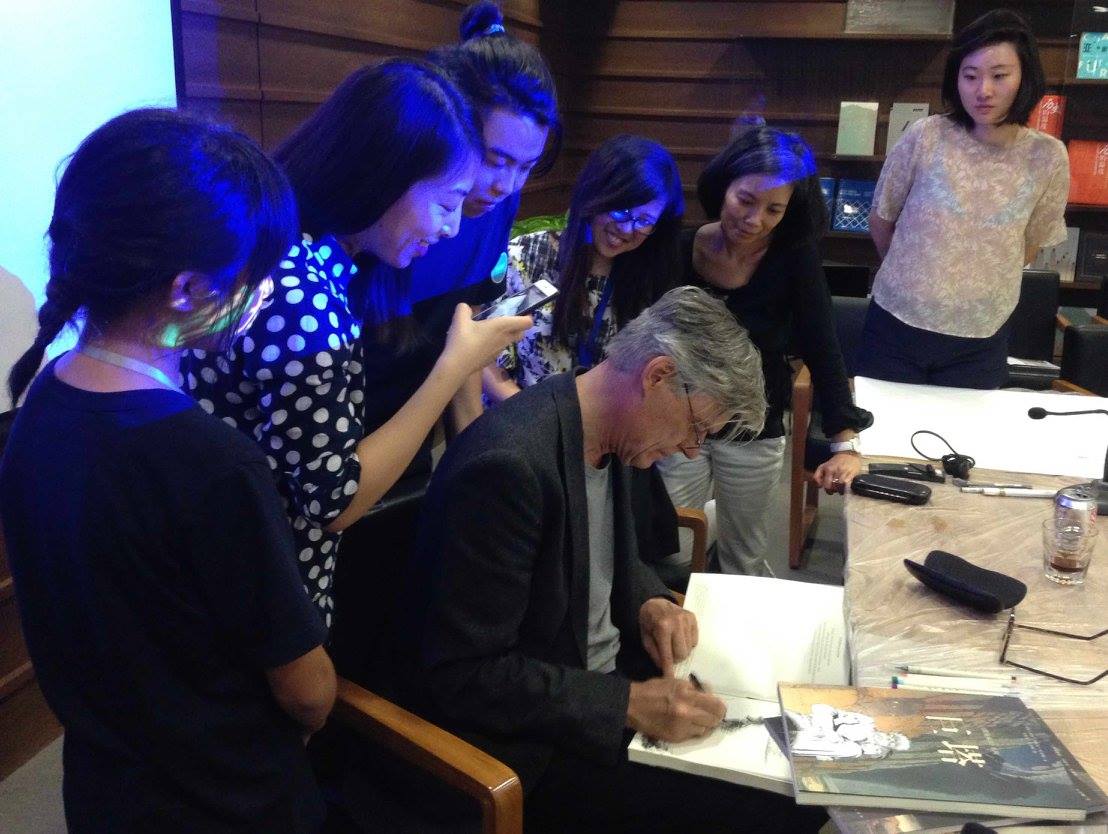 Beijing: Presentation at Page One (Sanlitun)

Benoît Peeters shared some pictures of this event.

Also Weibo user Blodris made several pictures of this event 2).

On Sunday François Schuiten and Benoît Peeters had some time for an excursion to the Beihai park close to the Forbidden City. 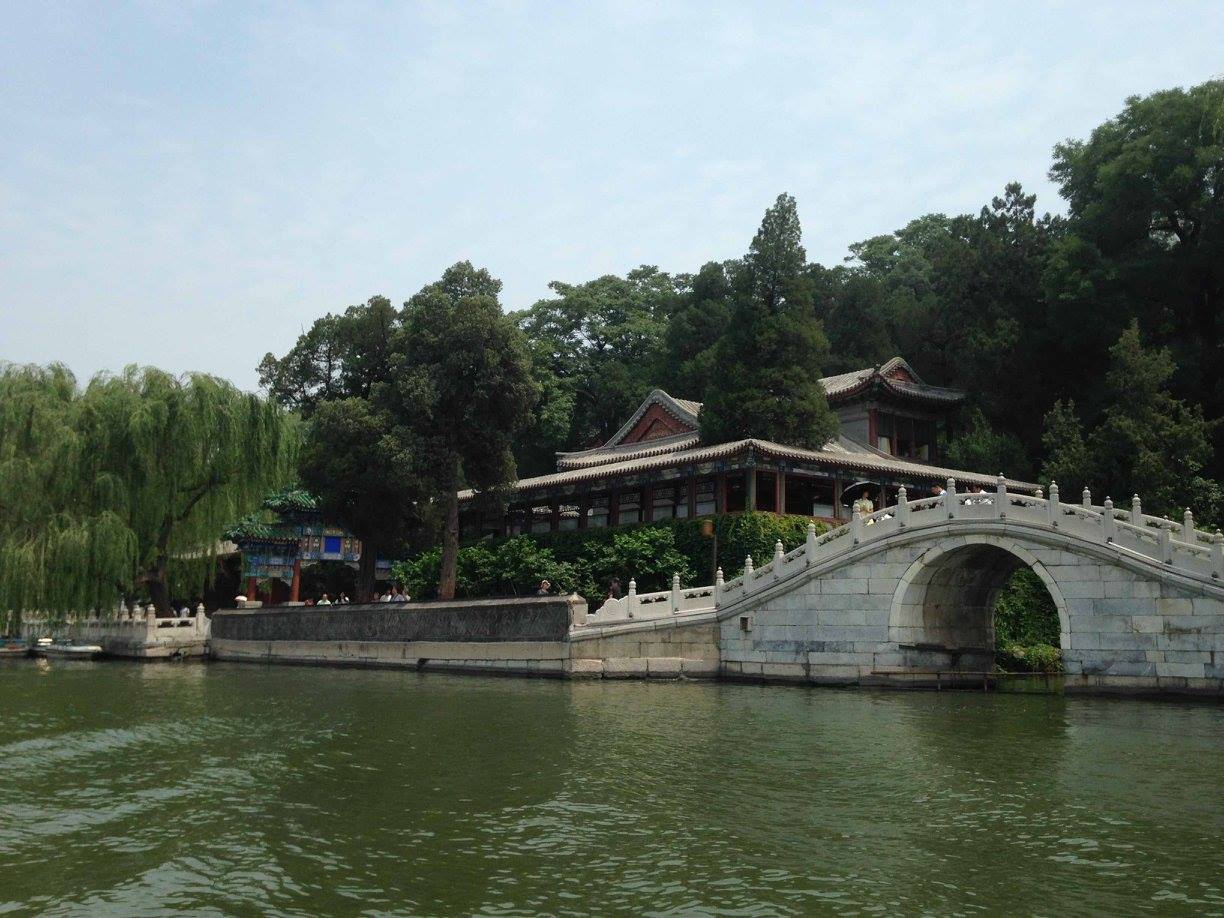 A large collection of pictures of the days in Beijing by Jérôme Baron of Casterman.

After the Fête des Bulles in Beijing, François Schuiten and Benoît Peeters visited Changchun in the North-East of China. Changchun has an immense school of animation and comic strip, right in the center of the town. 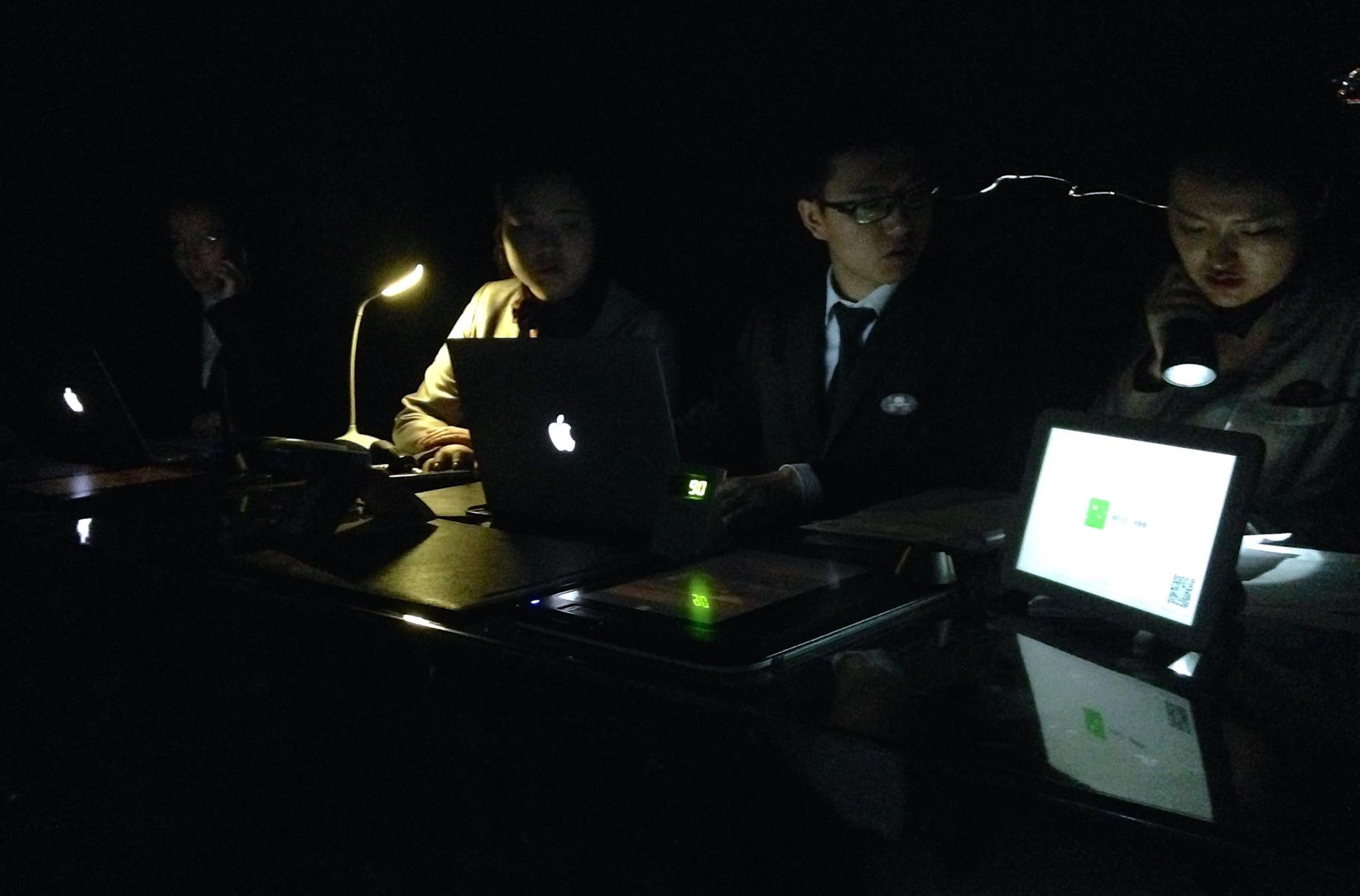 They arrived late in Changchun in pitch dark as the hotel was struck by lighting just an hour before they arrived. The next morning Schuiten and Peeters visited the Animation and Comic Strip School of Changchun. 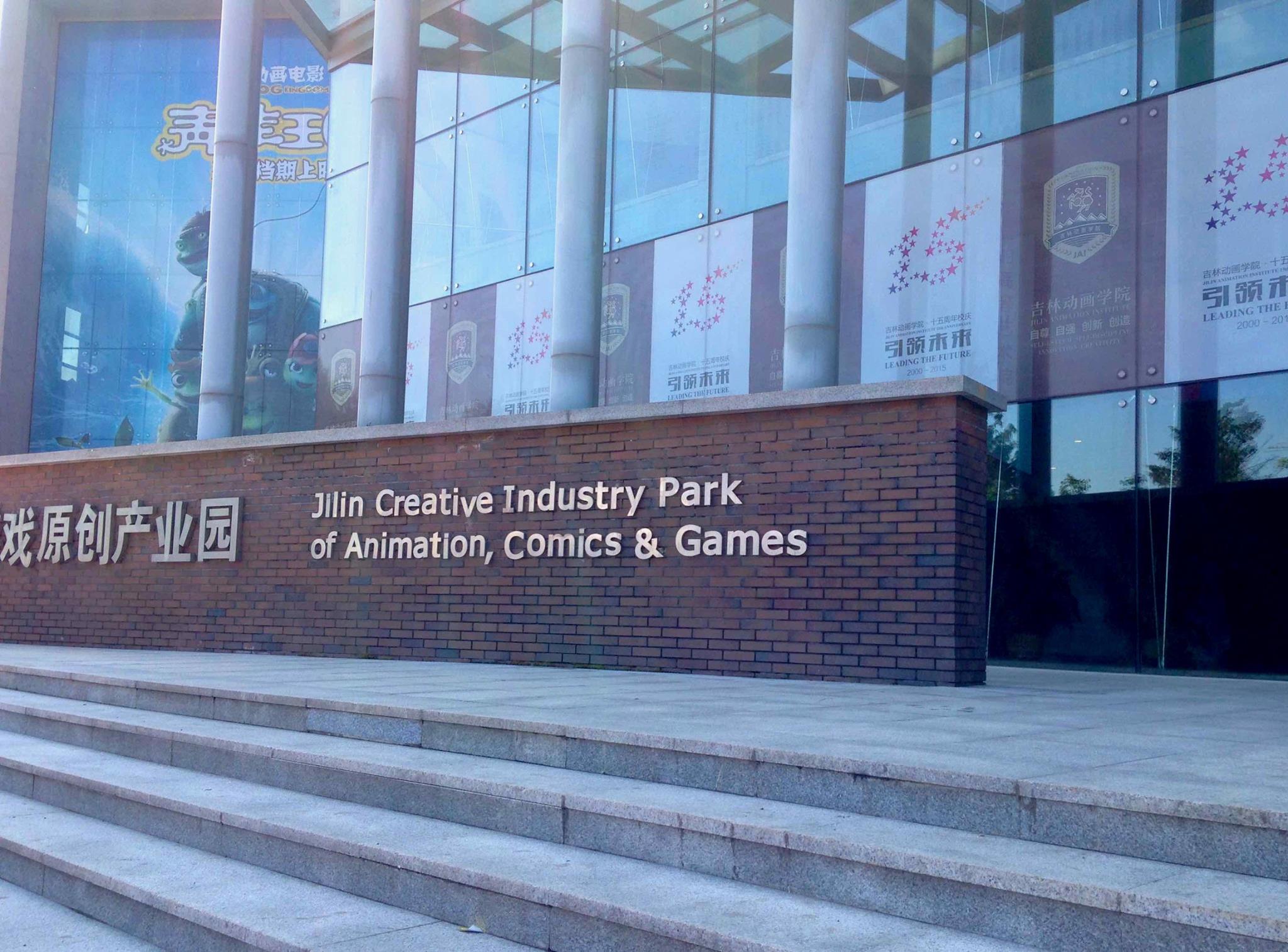 Benoît and François made the following pictures: 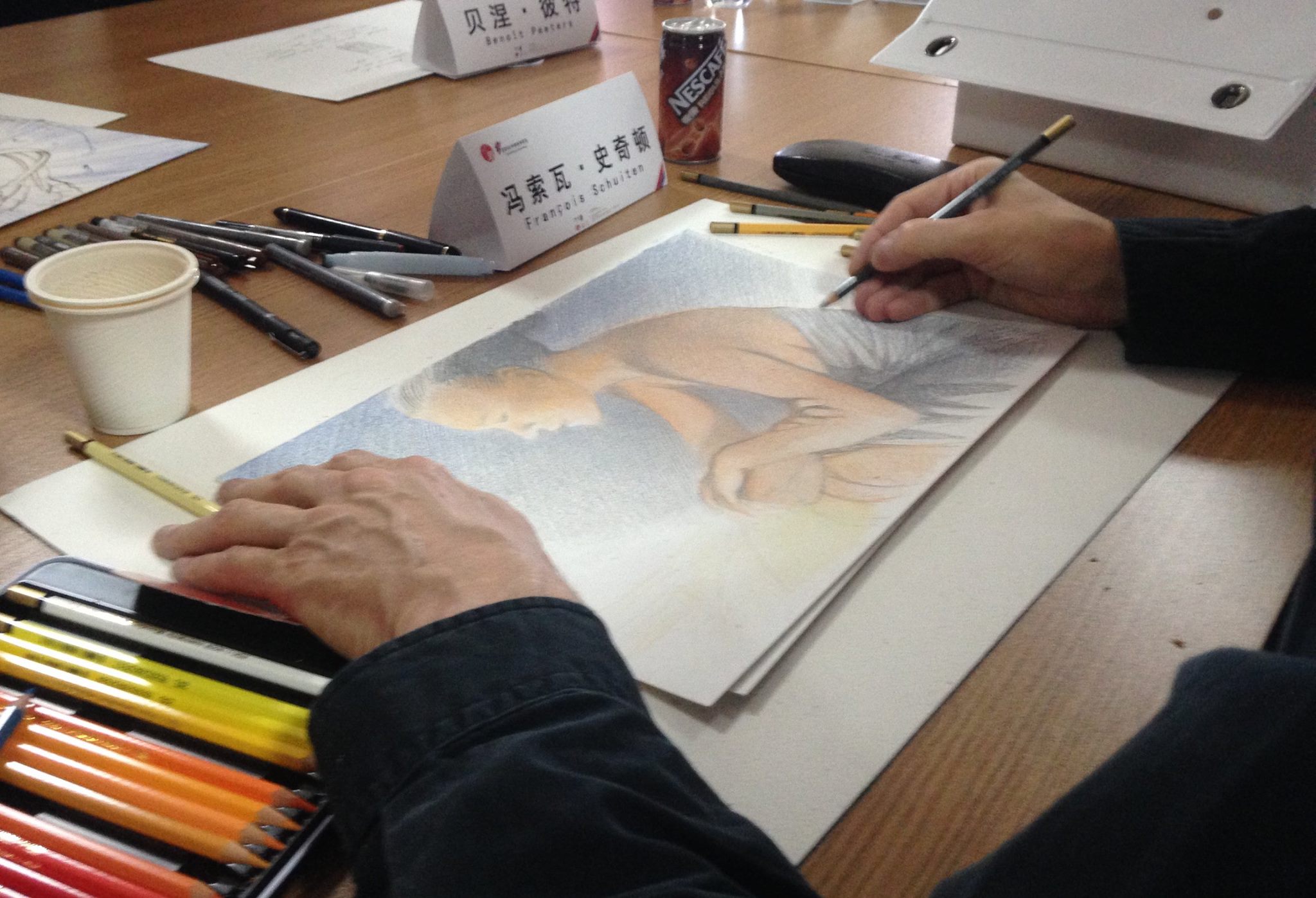 Benoît Peeters and François Schuiten also visited the remains of Pu Yi, “The last Emperor” at the Museum of the Imperial Palace of Manchukuo. 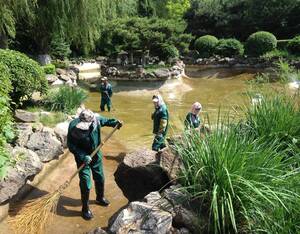 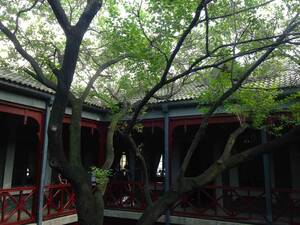 The sky of Changchun in a picture by François Schuiten. 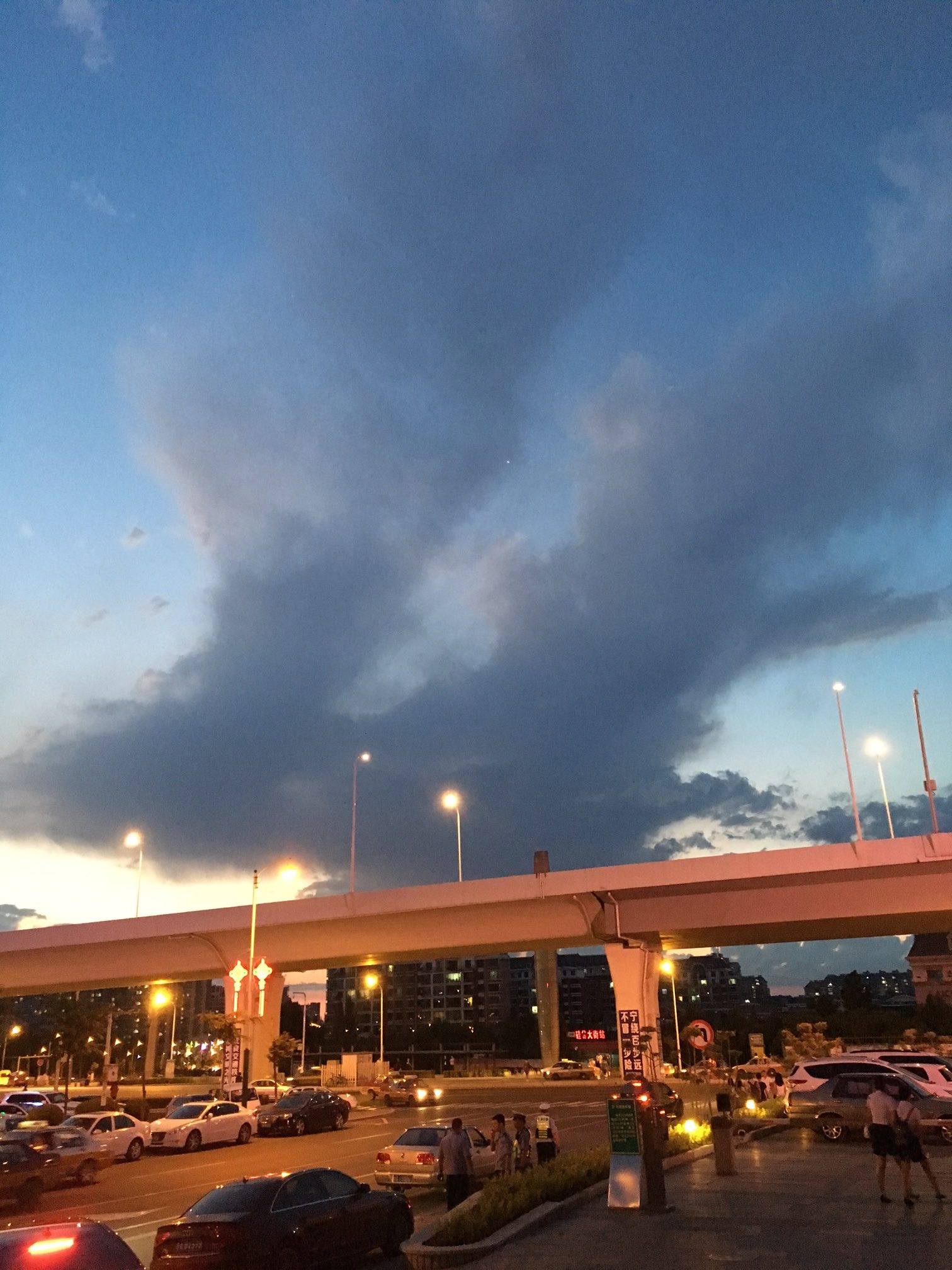 Although most pictures show a rather relaxed atmosphere, there were also some more formal parts during the trip. Chinese people love their ceremonies.

Benoît Peeters extended his stay in China with a few days while visiting the South of China, where he met Chen Tong, artist and editor of “Les éditions de Minuit”.

Benoît was in Canton on June 15, in Xiamen on 16 and back in Canton on 17th. Chen Tong and Peeters visited île Shamian close to Canton. Benoît shared the following pictures:

Benoît was surprised to see so many books of philosophers being translated in Chinese. 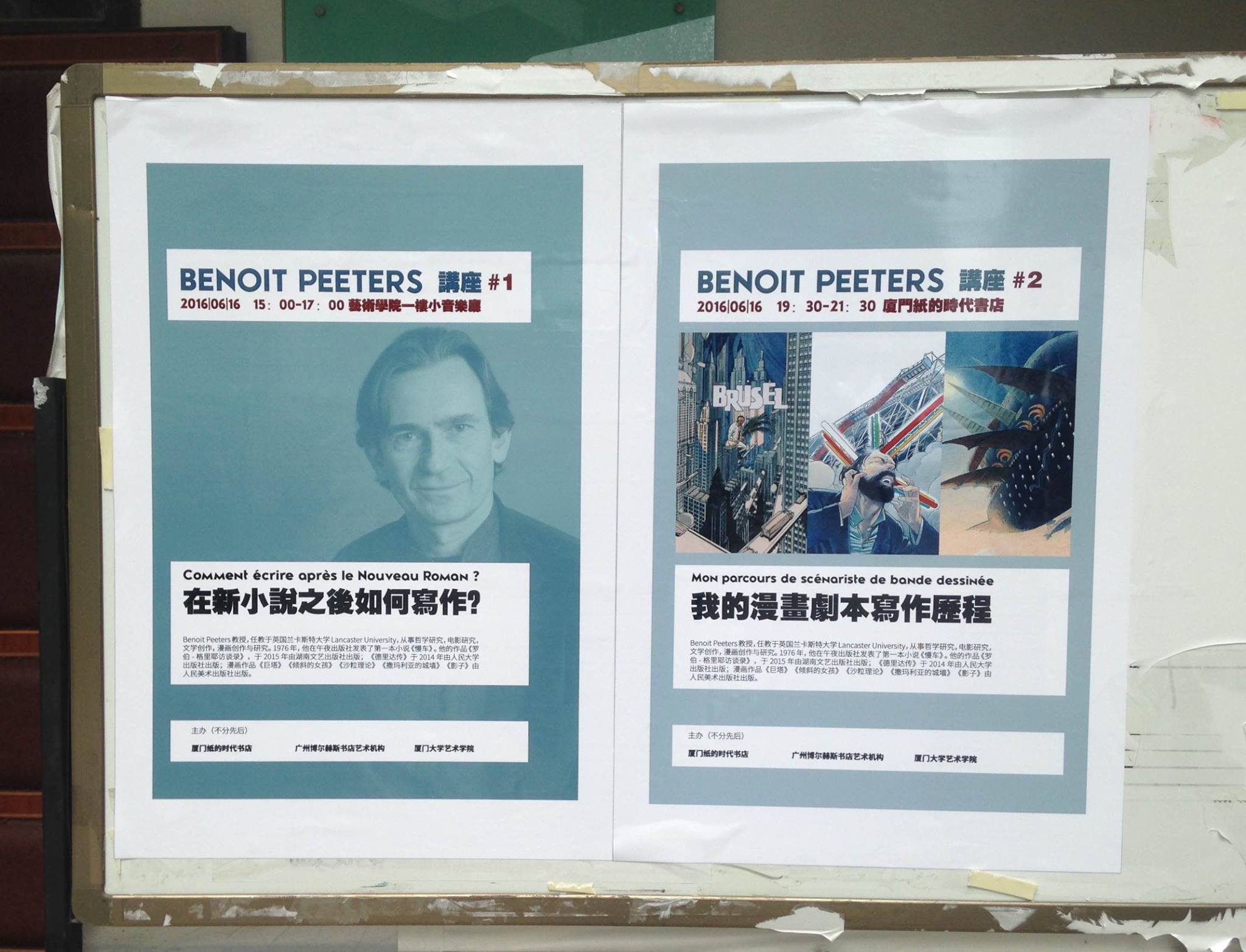 Benoît Peeters held two presentations in Xiamen in the South of China. Xiamen is a large port and city with 3.500.000 habitants. The first presentation was at the University of Xiamen with professor Ma Wen. The second one in bookshop Paper Times, where Peeters told about “Mon parcours de scénariste de bande dessinée”.

The artist Jin Cheng has created the “JC Cartoon Art Museum” (58 Taojin Road, Yuexiu District, Guangzhou). It is a small museum that it worth the visit. It has Hergé, Miyazaki and numerous Chinese artists in its collection. The presentation is remarkable. Benoît Peeters visited this museum and met Jin Cheng.

And after so many wonderful days in China back to Paris. 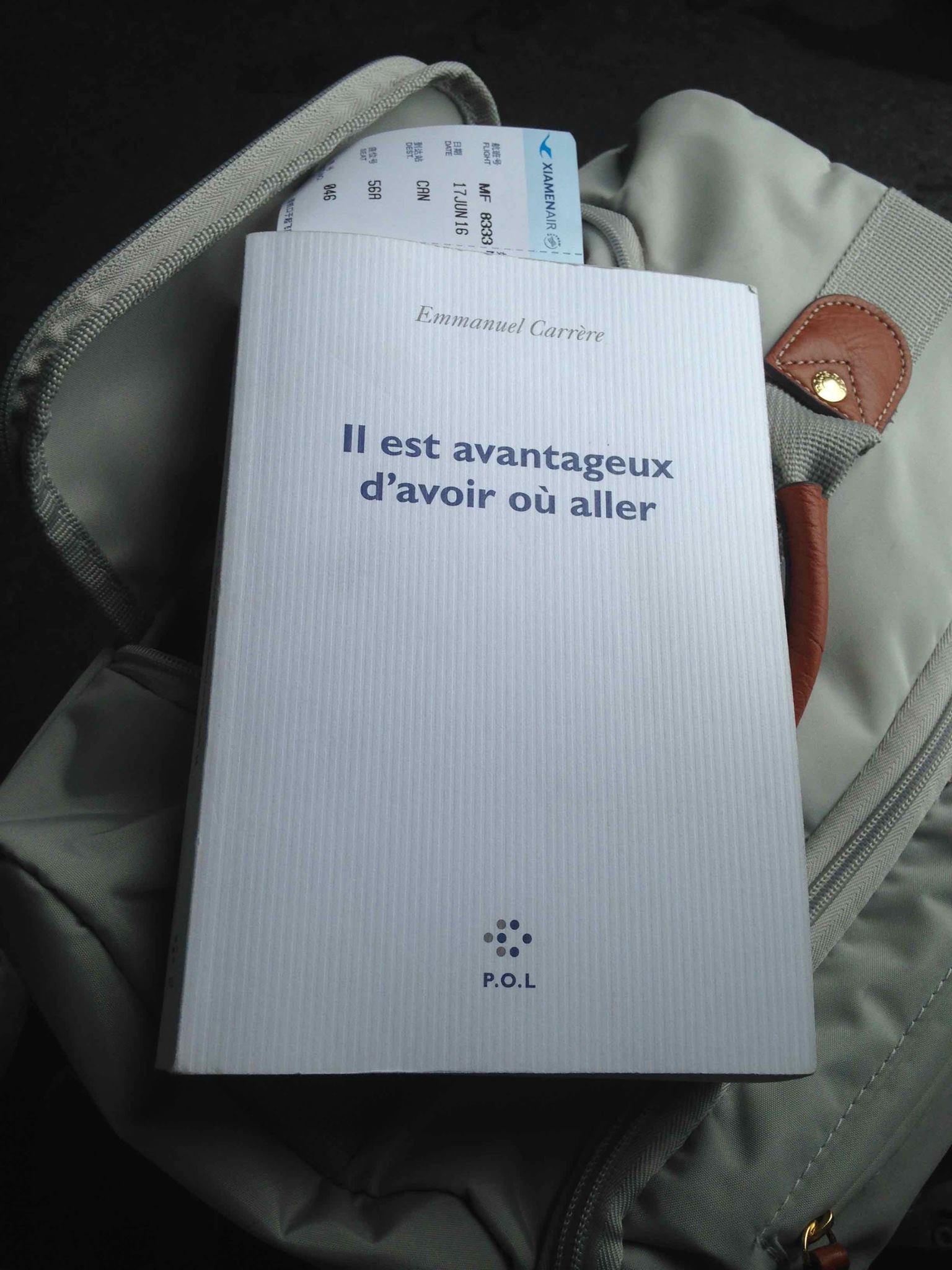