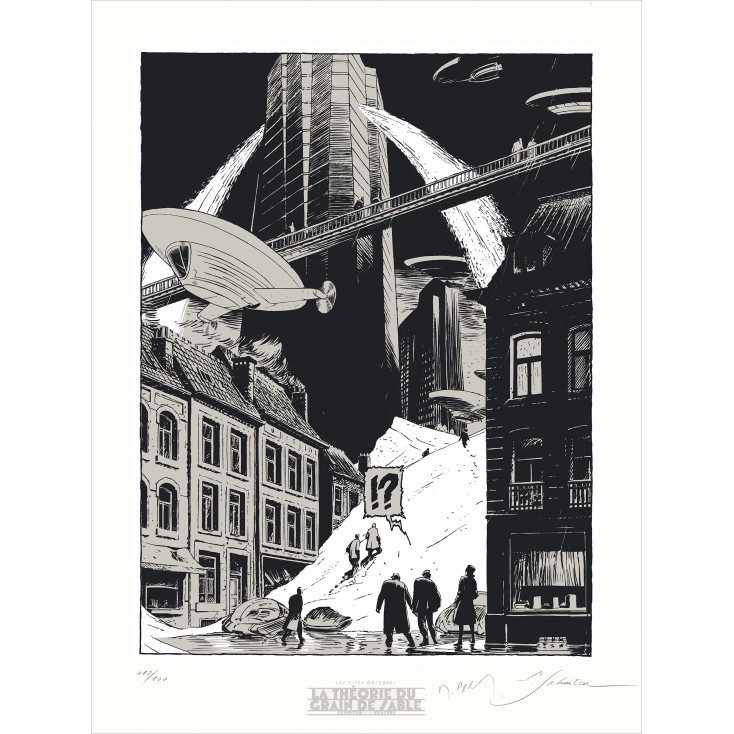 The screen print is based on an image in the second album of La Théorie du Grain de Sable. This image has been used for a very limited screen print before in 2007 by Archives Internationales. Schuiten and Durieux changed the composition of the image in the new screen print. This way they also match the size of the three earlier prints in this series.

Below image shows from left to right the Atlantic12 version, the Archives Internationales version and the original image from the album.

On March 25, 2019 the print was ready to be signed by François Schuiten and Benoît Peeters.