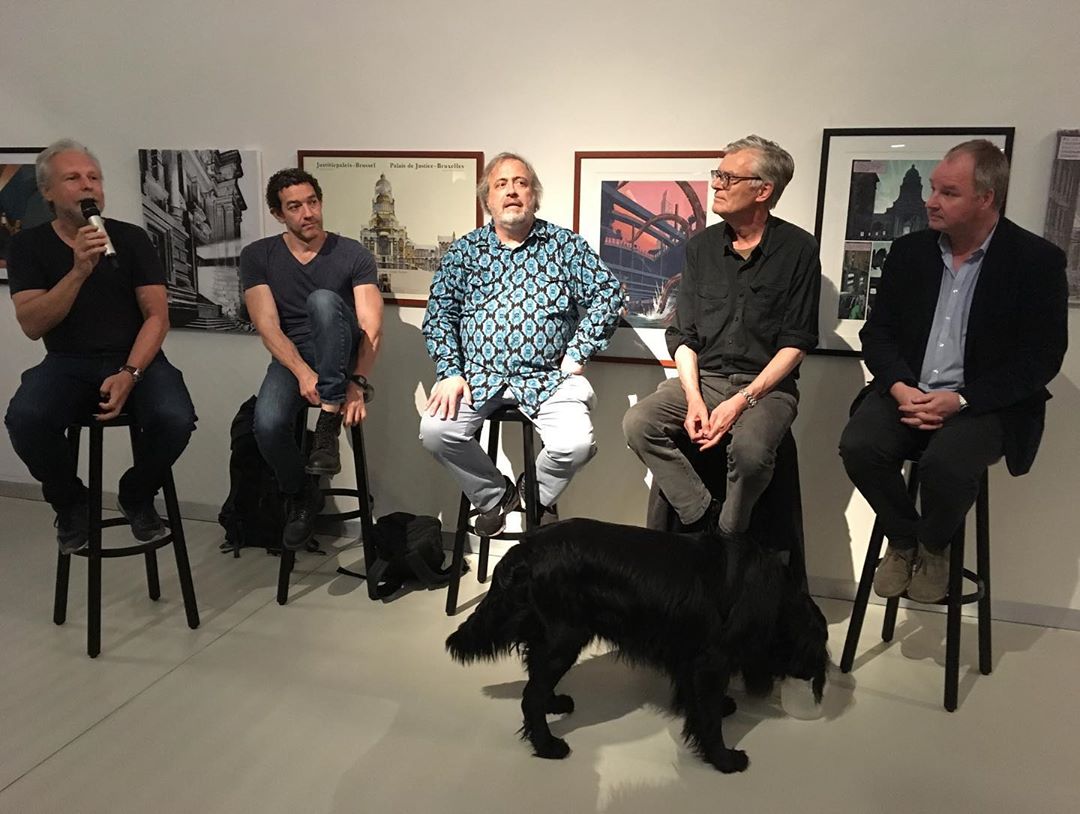 On June 20, 2019 the team of Le Dernier Pharaon visited comic shop Brüsel in Brussels for a special session:

The event took place at the Palace cinema, opposite the Brüsel bookstore (Boulevard Anspach 85).

Comic shop Brüsel posted some pictures of the preparations 1).

The event started with a conference led by Thierry Bellefroid.

Stéphane Dutrannois posted the following two videos of the conference 2).

After the conference and the opening of the exhibition there was time to get the albums dedicated. 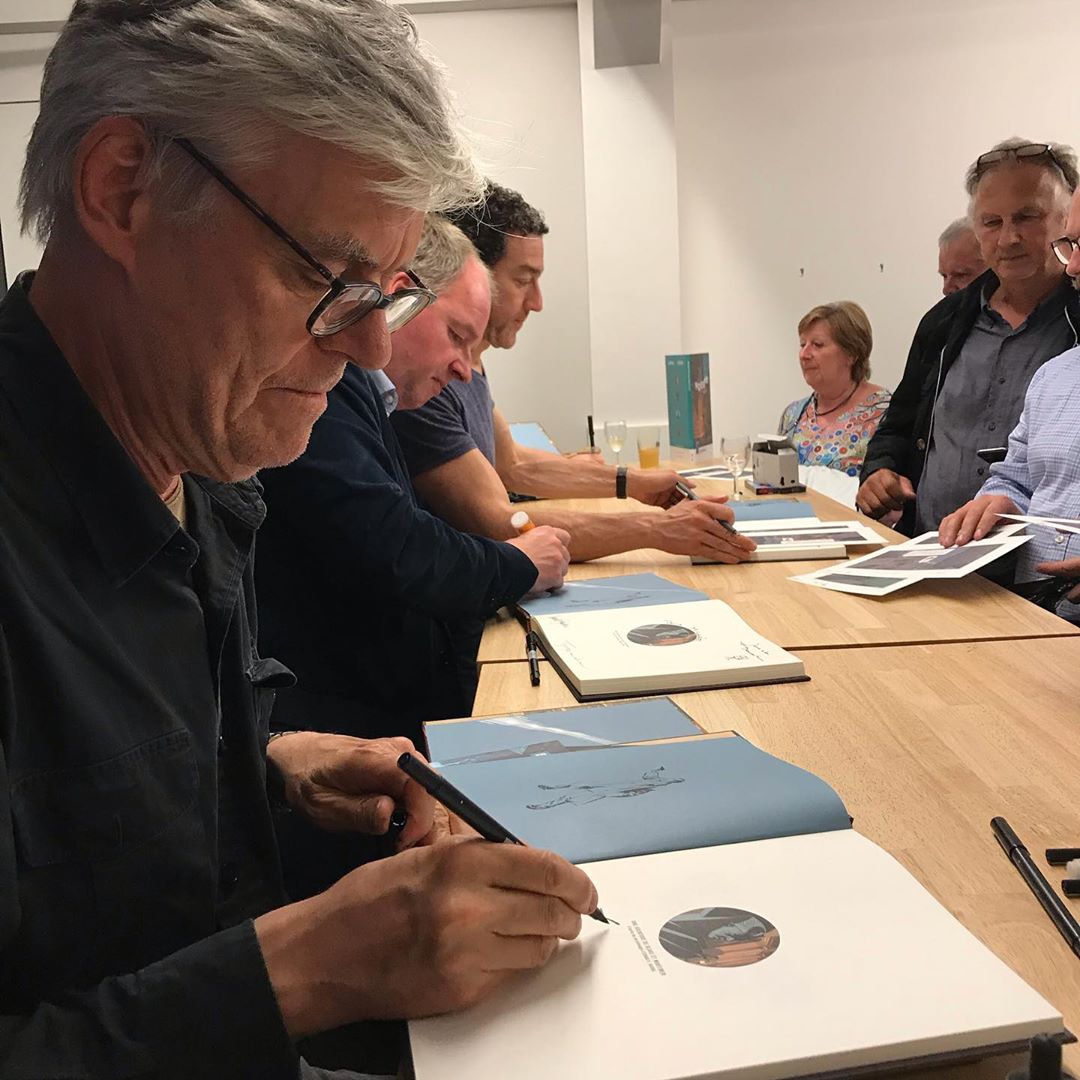 Photo's by Reynold Leclercq 5) and above image by Yves Schlirf.