You are here » The Obscure Cities » Dictionary » Bellefroid, Thierry 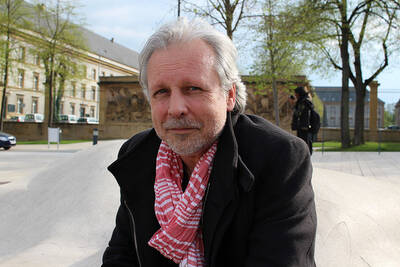 Thierry Bellefroid, born in April 1966, is a journalist on the Belgian television where he hosts a weekly literary program called Livrés à Domicile.

Regular contributor to the world of comics on radio for over fifteen years, he has published several books on the ninth art, including Les éditeurs de la bande dessinée (Niffle, 2005) and Le Roman d’Aire Libre (Dupuis, 2008 ). Author of novels and short stories, one of which has been adapted as a comic book by Catel (Quartet Casterman, 2008), Thierry Bellefroid also published in 2010 a graphic novel with Joe G. Pinelli (Féroces Tropiques, Dupuis). He teaches television journalism at the University of Louvain.