Galerie Champaka has the great honour of presenting, exclusively, not only the best pages from both Aquarica volumes, but also the superb illustration that served as the basis for the cover of the first volume as well as bewitching unpublished portraits of the sailors. All these exceptional artworks, signed by Benoît Sokal, were produced in direct colours. 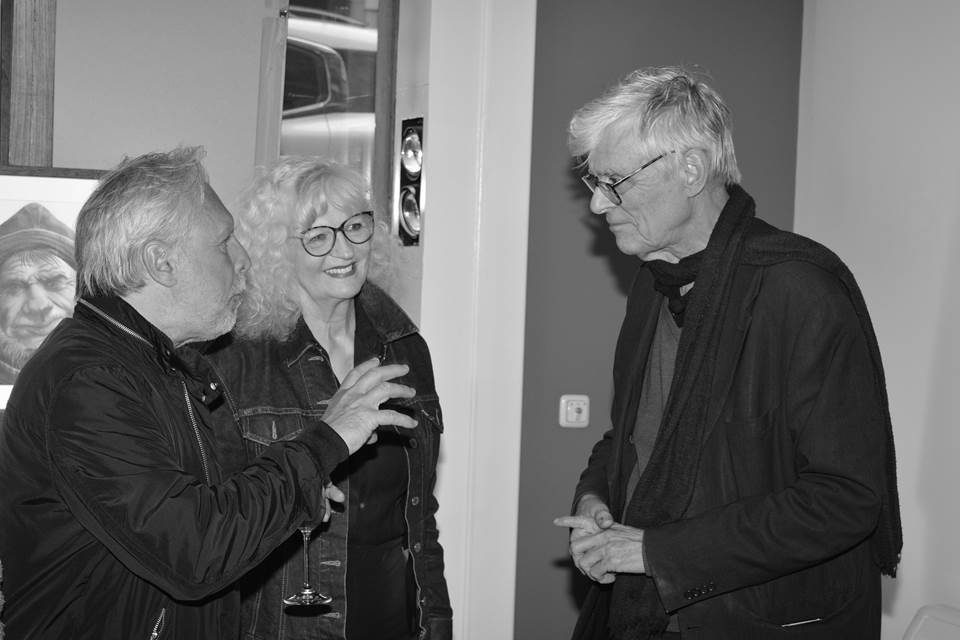 Benoît Sokal and François Schuiten had been friends for almost forty years when they combined their talents for the first time, creating Aquarica, an incredible maritime story, the second volume of which has just been published (Ed. Rue de Sèvres). While both worked jointly on the script, Sokal handled the drawing until his death (May 28, 2021), leaving the final pages to be drawn by Schuiten.

The exhibition was opened on May 25, 2022 in the presence of Martine Sokal and François Schuiten,