You are here » The Obscure Cities » Dictionary » Jim 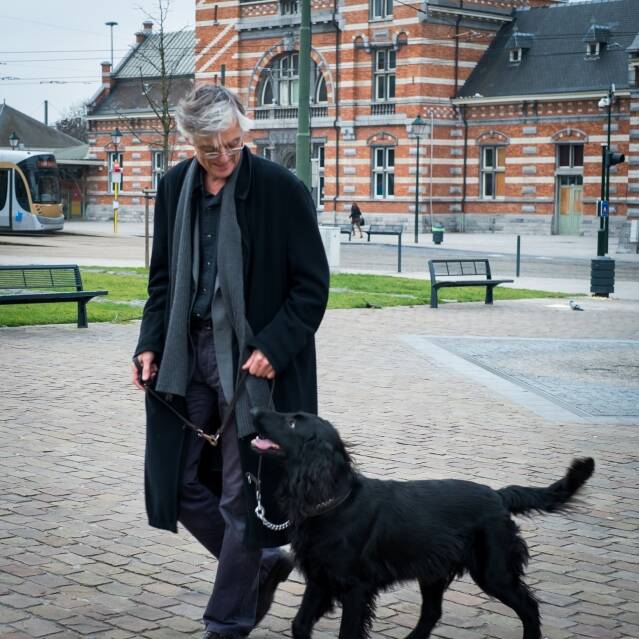 
Jim, a black setter, was the dog of François Schuiten. Jim is named after Jungle Jim, the lead character in an American adventure comic strip by Alex Raymond 1).

Jim accompanied Schuiten the past years on all his journeys. Jim passed away in January 2023.

Jim featured in Le Dernier Pharao as the dog of Mortimer. 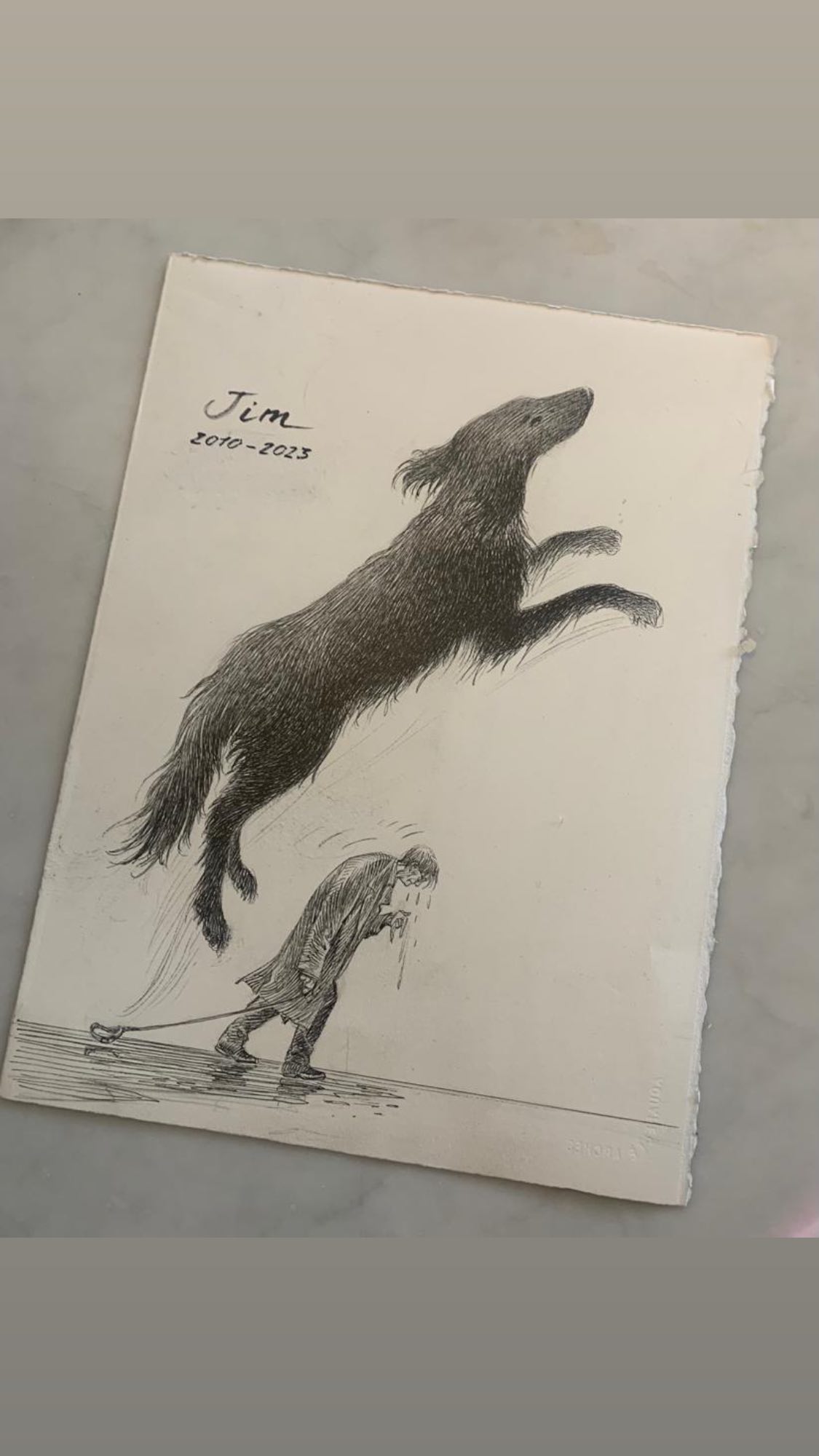