In February 2016 Benoît Peeters posted some images of the first preparations of the exhibition.

François Schuiten and Benoît Peeters chose several items from the archives of Musée Arts et Métiers. During the months before the exhibition those items were prepared for the exhibition/

A restorer is working on a model of a machine to study the perspective, made by Chrétien Pomper between 1800 and 1814. Hélène Mauri made some photos of this proces.

also other teams worked hard to be ready for the start of the exhibition (photo: Ludéric Dubuisson). 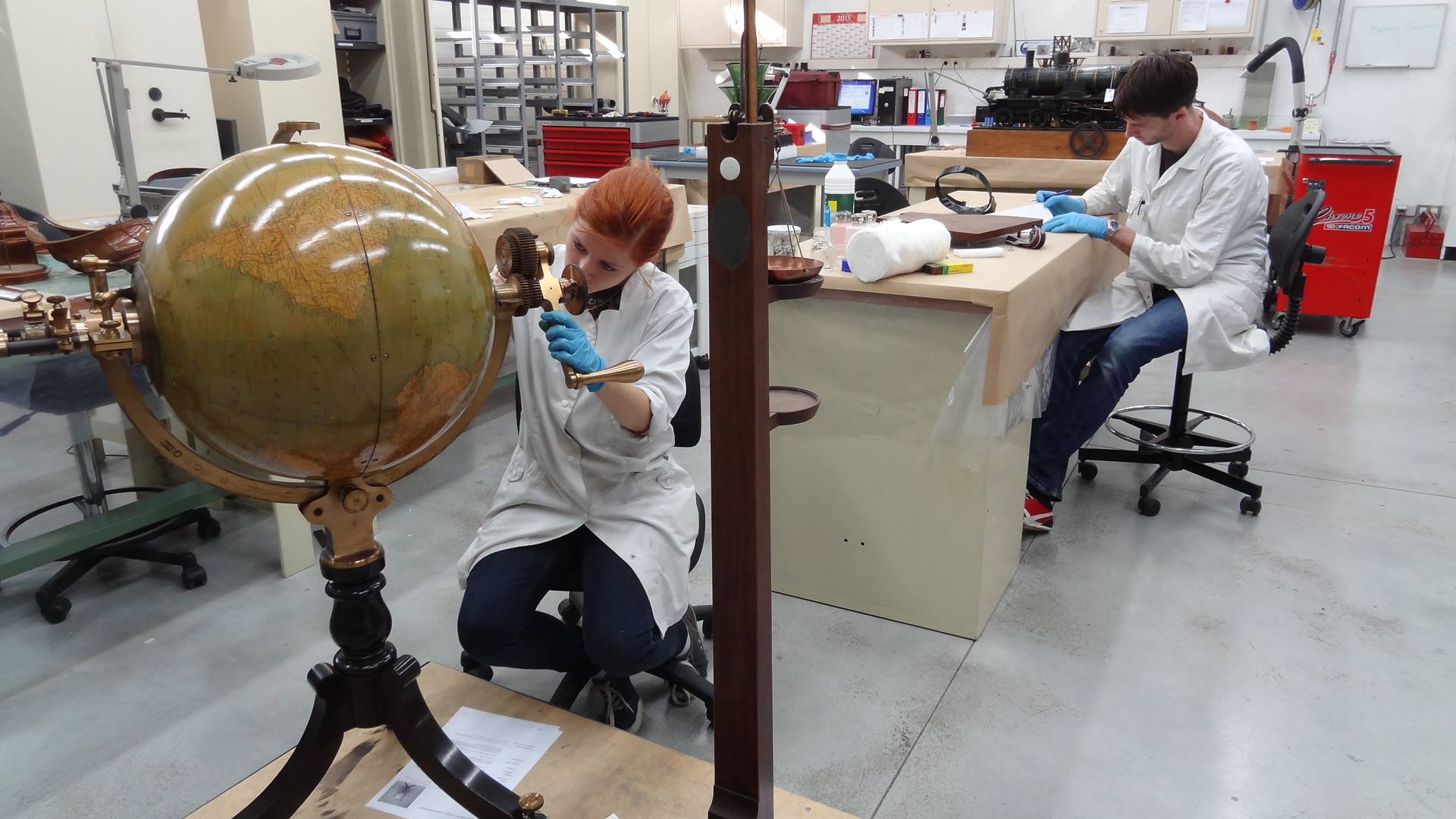 Some items come from other museums. Like the diving suit, featuring on the announcement poster, coming from Musée national de la Marine in Paris. This Atmospheric diving suit built by Carmagnolle brothers in 1882, was the first anthropomorphic design 1). Margaux Abatecola made the following pictures. 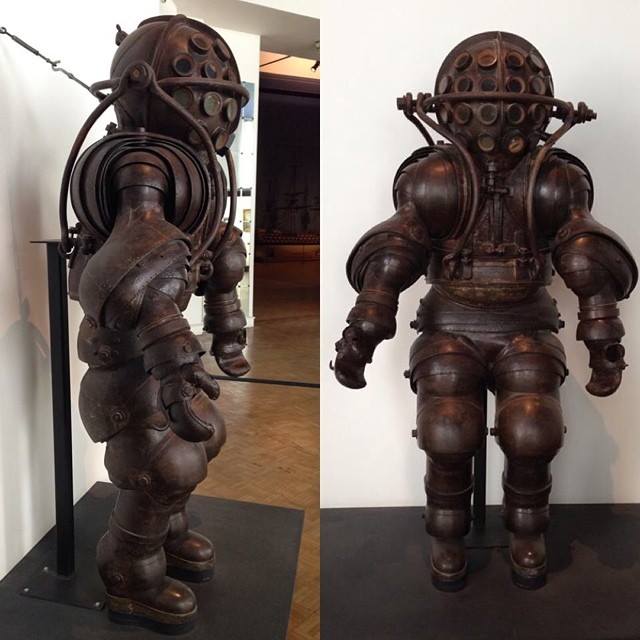 Images by Victor Haumesser from the installation of the diving suit in the exhibition and some other first looks at the exhibition.

François Schuiten visited the museum to see the preparations and sign the announcement poster artwork. He signed to artwork in the quiet of the chapel tower. With his dog Jim watching the process. Eric Dubois made the pictures.