You are here » The Obscure Cities » Dictionary » IDW Publishing 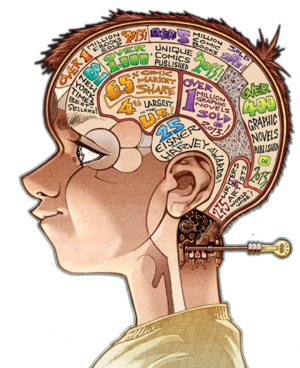 IDW Publishing is regularly recognized as one of the top four comic book publishers in the US. Over 80 IDW titles have appeared on The New York Times Best Sellers list. In FY2015 alone, IDW published over 500 unique comic book titles and over 250 graphic novels.

Starting with The Theory of the Grain of Sand, IDW Publishers will take over the publication of the Obscure Cities series in 2016. IDW will keep using Alaxis Press, that published The Leaning Girl translation, as the imprint. Steve Smith, former owner of Alaxis Press, will continue as the editor of the series.

He said in January 2016: “Look for The Theory of the Grain of Sand in late summer and more news about future releases coming soon. For those of you who love the signed limited edition hardcovers, we are still working out the details but we will have deluxe editions of the books.”