You are here » The Obscure Cities » Dictionary » Alaxis Press

Alaxis Press is the licensed and authorized publisher of The Obscure Cities series for the USA, Canada, the United Kingdom, and other English-speaking countries.

Until 2016 Alaxis Press was the publishing imprint of Atomic Vision Entertainment, Inc. In 2016 IDW Publishing took over the publication rights but kept using the Alaxis Press imprint. 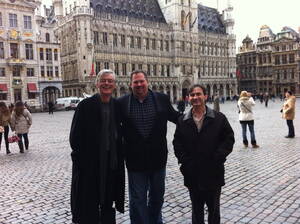 On Monday, February 4th, 2013, Alaxis publisher Steve Smith, Obscure Cities author Benoît Peeters and artist François Schuiten, met in Brussels at the Casterman offices, and later at Schuiten' home and studio, for a brainstorming session that resulted in some truly unique plans for the American English-language release of The Obscure Cities series 2).

Alaxis Press is committed to completely the series in English beginning with the titles not already published in English by NBM publishers.

On March 20, 2015 Steve Smith announced 3) that he will translate 12 La Douce into English. Casterman will publish this English release for the opening of Train World in Brussels. The opening is planned for September 2015. This translation effort postponed the release of the second English publication of Alaxis Press.

In January 2016 Steve Smith announced that beginning with The Theory of the Grain of Sand, The Obscure Cities series will be published by IDW under the Alaxis Press imprint.

“This move to IDW will enhance the impact this series can have on the English-speaking literary world because IDW has the marketing and sales skills that I lacked on The Leaning Girl. I will continue on as the editor and sometime translator of the series”, according to Smith.

The logo of Alaxis Press has been designed by François Schuiten. Schuiten made some additional artwork for Alaxis Press during his visit at San Diego Comic Con 2014. 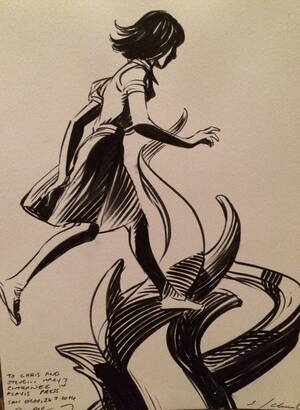 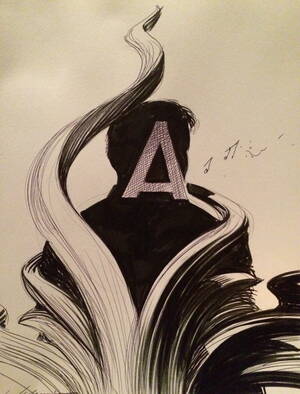