You are here » The Obscure Cities » Albums & books » Leaning Girl (the)

The Leaning Girl is the English translation of the L'Enfant Penchée album by François Schuiten and Benoît Peeters. This version has been translated by Steve Smith, the publisher of Alaxis Press in Chicago, USA.

The publication of the Leaning Girl album was funded by a crowdsourcing campaign at Kickstarter in May 2013 1).

The album is nominated for two Eisner Awards of San Diego ComicCon 2015 in the categories: Best U.S. Edition of International Material & Best Penciller/Inker 2).

The album starts with an introduction to the Leaning Girl: Mary von Rathen by Benoît Peeters. Explaining some of the background of the Obscure Cities and the interlinks with our world. Especially Mary has been a mystery, even for the authors.

The foreword is by Karen Green, Graphic novels librarian at the Columbia University of New York City. She tells about her first steps into the world of the Obscure Cities.

Then the stories start with the dreams of Mary von Rathen. She tells us about certain dreams she have had. Timothy Botts, perhaps the biggest name is American fine art calligraphy, has agreed to create these translated journal entries 3). See below the first page of Mary's dreams. 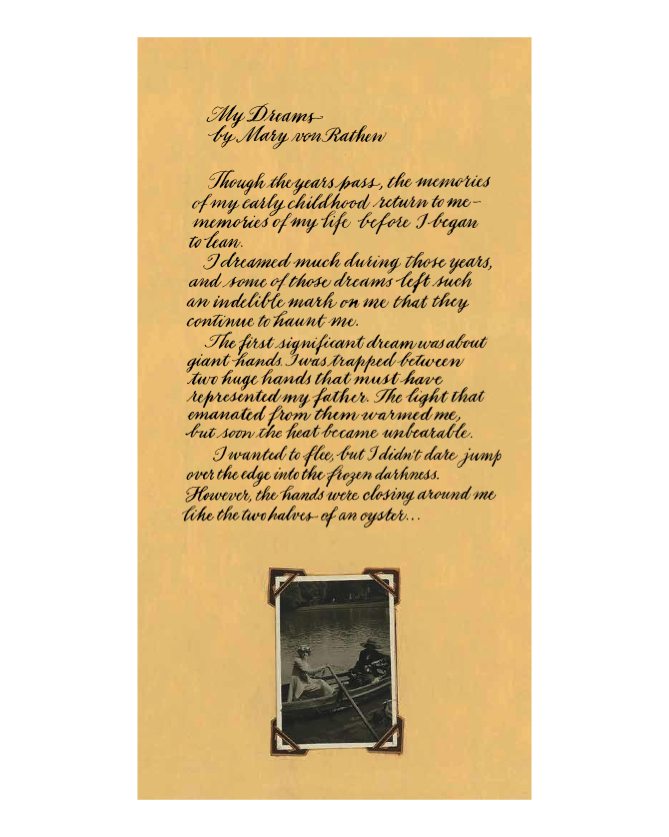 This English album has some subtle changes compared to the original French edition. Even small touches, like the single lines of script on pages 16, 76 and 164 help to carry the story along.

Mary Von Rathen is with her family in Alaxis when during a ride on the Star Express the world shakes. Afterwards Mary is leaning. Doctors can not help her and she is sent to a private school in Sodrovni. Mary is not happy at the private school and she escapes. She joins the Robertson Circus and stays with them for some time. Until she hears from Stanislas Sainclair that Alex Wappendorf might be able to help her. Wappendorf is working on a rocket to reach a planet that might be the cause of all Marys trouble. Mary decides to join Wappendorf in the rocket. They reach an area with many globes.

Meanwhile an artist called Augustin Desombres has ran away from the busy world and buys an empty building on the Plateau of Aubrac. He starts painting murals. Soon he find himself on the same globes as Mary.

Some examples of the translated pages. The lettering has been done with a special font 4). 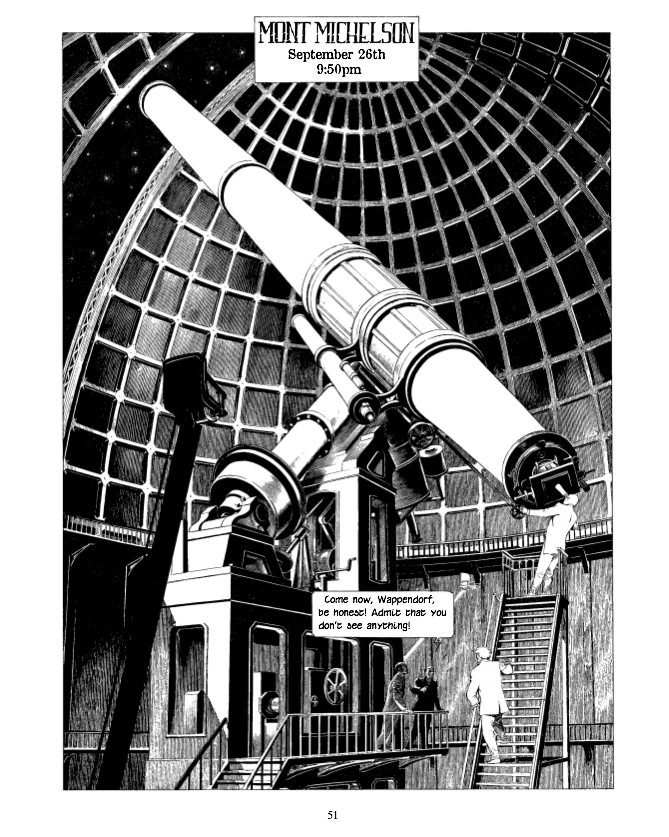 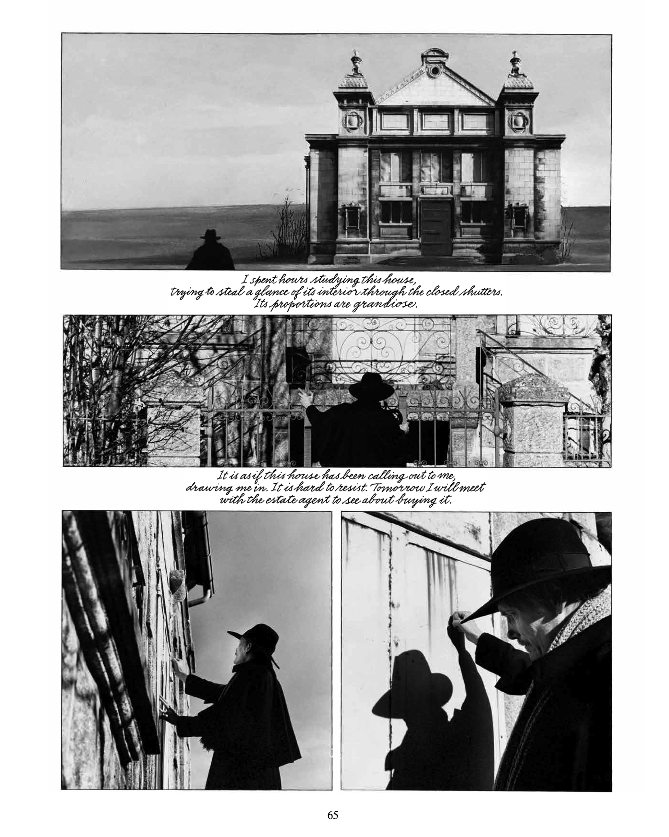 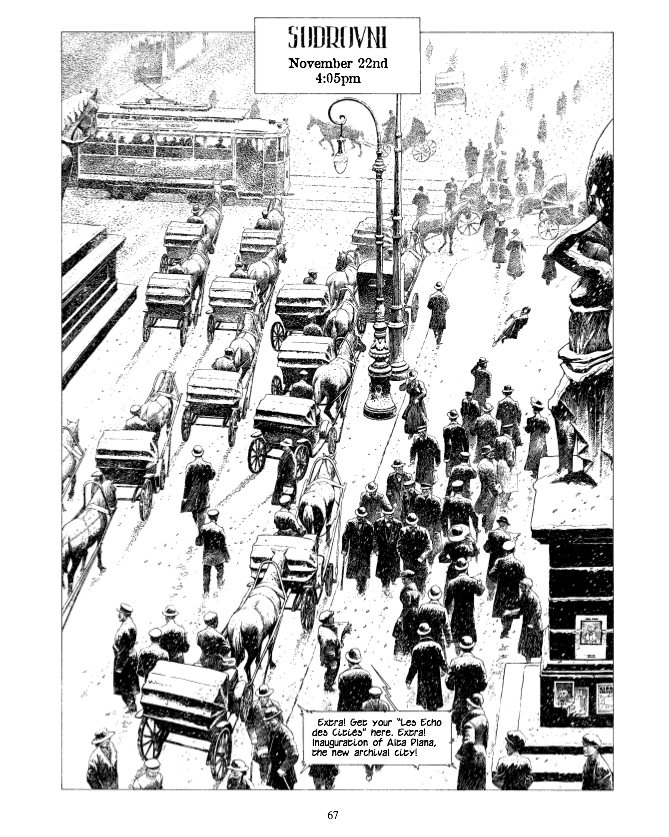 One of the other changes is the timeline of the story. Benoît Peeters approved the modified dates in the story and explained that these are updates Mary had suggested. In this English version the story starts at 749 AT.

Start of the story in the French edition: 747 AT

Start of the story in the English edition: 749 AT

A comparison of the differences in timelines during the story of the Leaning Girl:

Another difference between the French and the English version is the position of Klaus von Rathen, the father of Mary. Translator and publisher Steve Smith explains:

Benoît and François allowed me to do some rewriting. I tried to reword some of Klaus von Rathen's dialog to suggest that he was far more sympathetic to Mary than his wife was. I truly had a hard time seeing Mary as a young girl so terribly beaten down verbally, and I felt if I could show some early foreshadowing of her father's compassion such as in the second panel of Page 49, it would actually make more sense that he is so excited years later to find Mary is alive and in the circus. 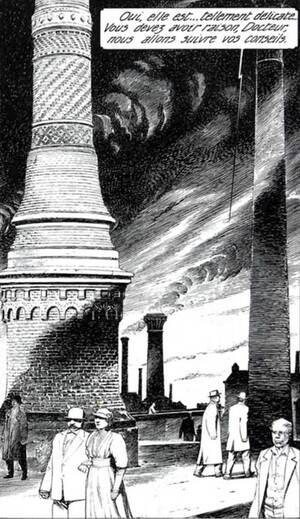 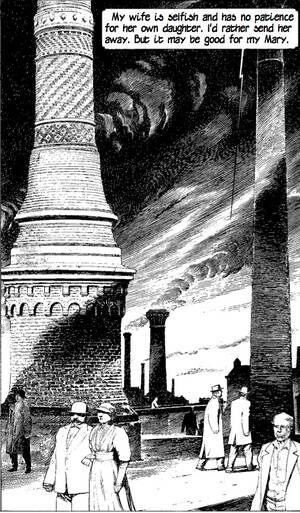 The album ends with several pages of additional artwork by François Schuiten: studies of places and characters and some first designs of pages. 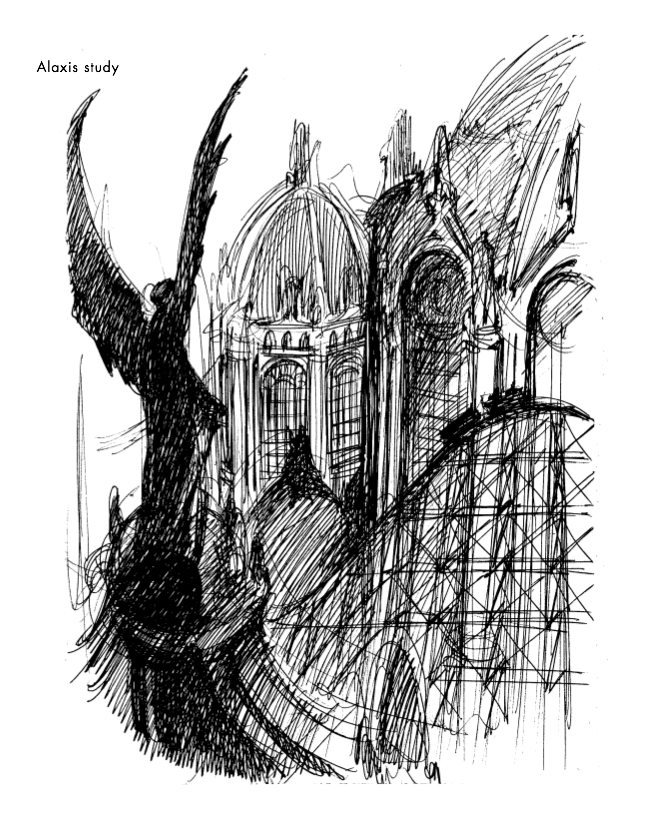 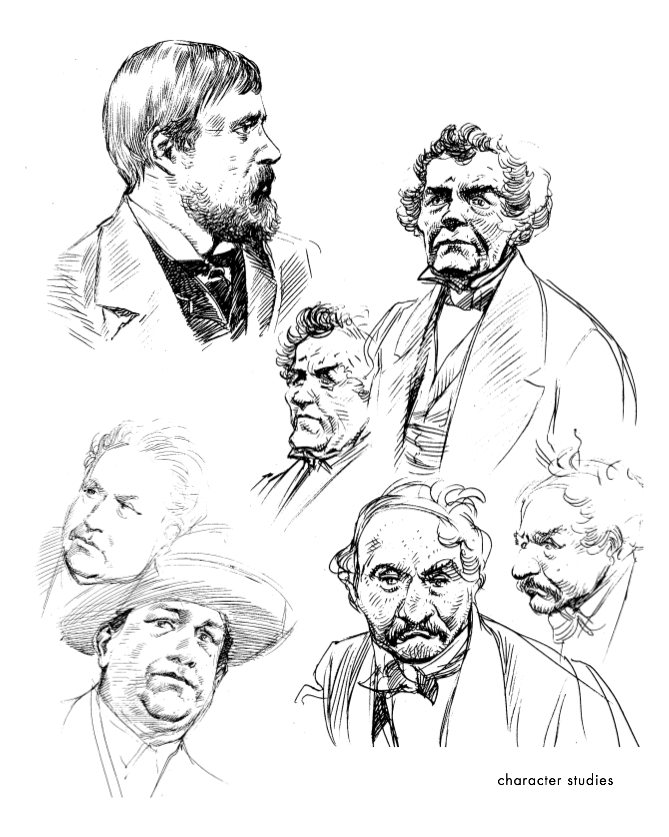 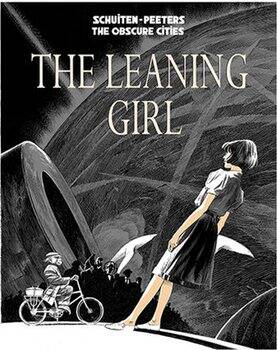 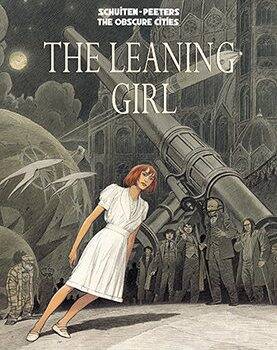 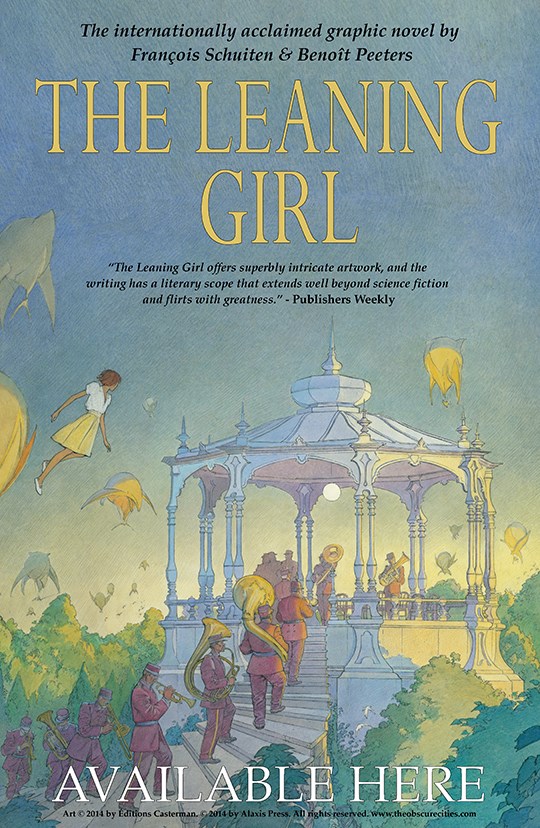