La Frontière invisible is the third session in 2014 of “Textes en Musique”, created for radio by France Culture. The session is recorded on March 9, 2014 at 17hrs in Théâtre de Bouffes du Nord in Paris. France Culture aired the episode on April 12, 2014 at 21hrs during the program: “La fiction du samedi soir” 1). 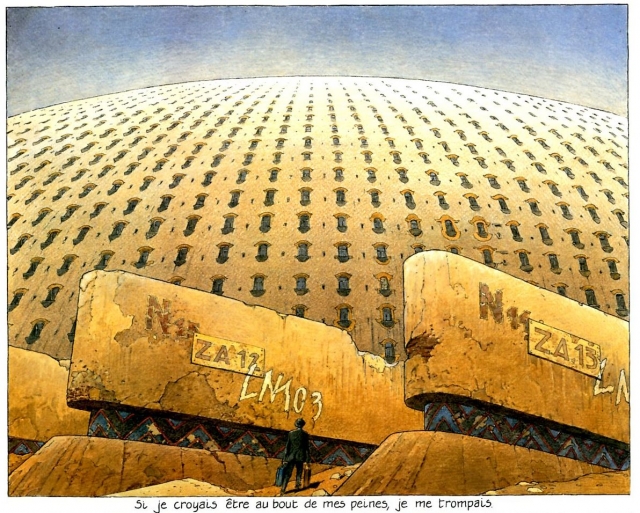 La Frontière invisible is based on the Obscure Cities stories about Roland de Cremer.

Roland is a new recruit of the Center for Cartography of Sodrovno-Voldachie. He quickly understands that this administration serves the expansionist Marshal Radisic. Soon fear sets in the Centre. We speak of attacks, destroyed archives, rebellion quelled in blood …

Shkodra, the young woman who fell in love with Roland also seems interested in the highest degree of the authorities. The couple flees through deserts, mountains and marshes … Hunted, Roland and Shkodra have only one chance to get away: crossing the border. But how to manage to navigate these landscapes at full scale, which are nothing like the cards that Roland are familiar with?

The story is adapted by Benoît Peeters with music by Bruno Letort. Céline Geoffroy was the literary consultant and the session was produced by Laure Egoroff.

Listen to the story

Listen to the one hour episode:

Some invitations were sent out to invite people to attend the show.

Some images of the performance by Benoît Peeters and Benoît Mouchart. 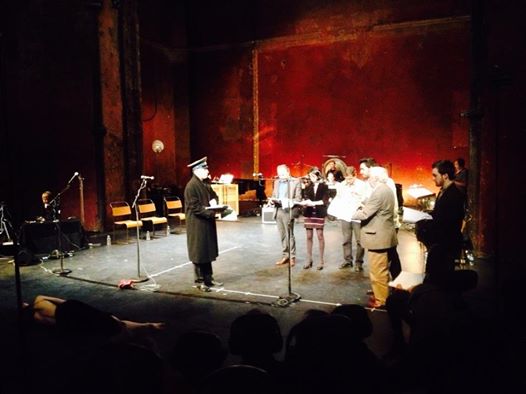