You are here » The Obscure Cities » Dictionary » Frobélius, Oscar 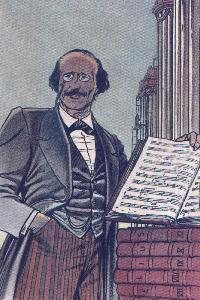 Oscar Frobélius is an organologist of the Obscure World. He had a pet project of building a Musical City on the shores of the Green Lake, but his organ concert there seems to have ended in catastrophe 1). If we are to believe the caption of a poster by Schuiten, he later became a Window Washers in Calvani.