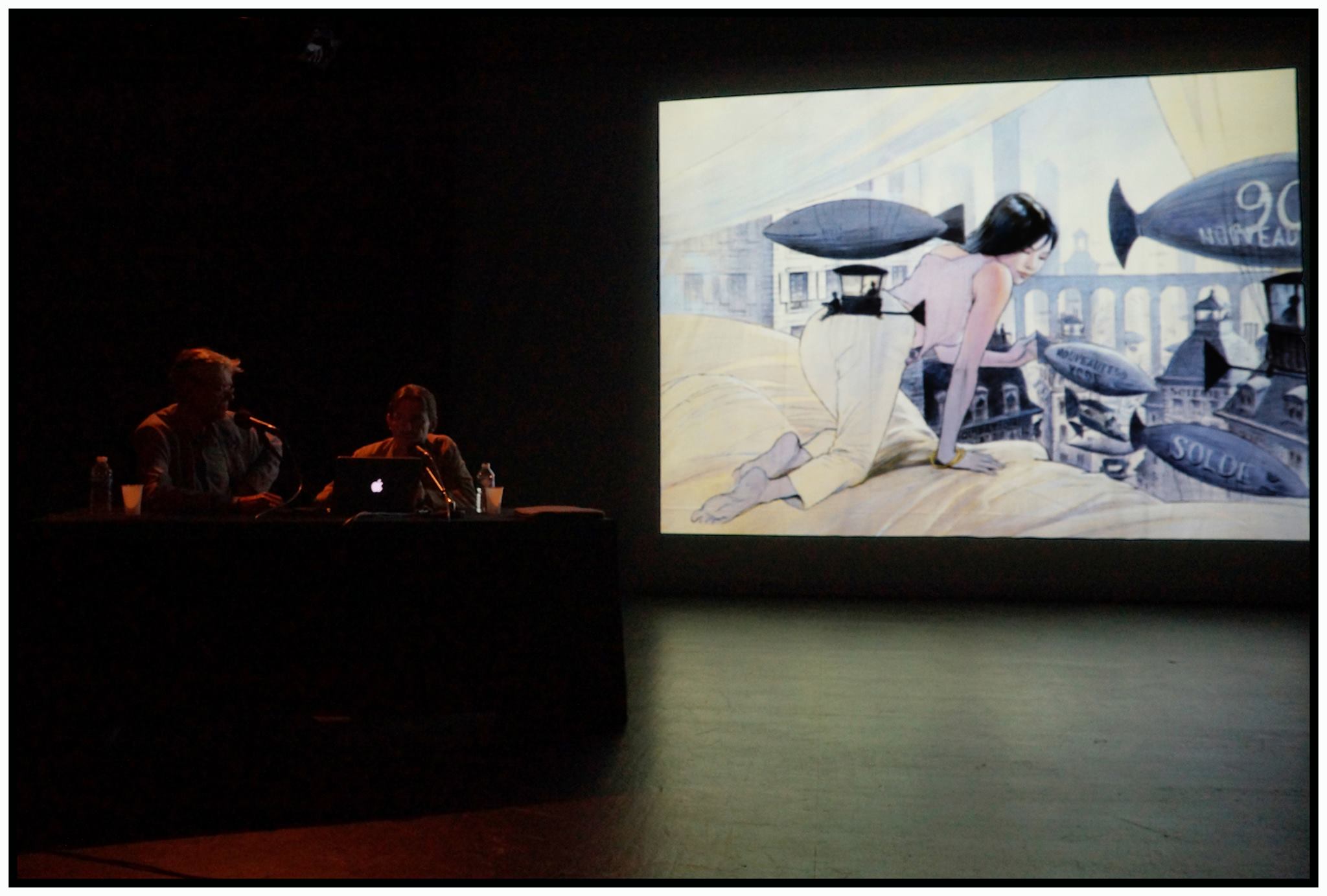 Conférence musicale “Revoir Paris” is a conference by Benoît Peeters and François Schuiten, with music by Bruno Letort. It tells the story of Kârinh and her search for Paris.

The event was performed several times from 2015 to 2017 in France and Belgium.

Some of these events were archived:

On March 25, 2017 Schuiten, Peeters and Letort held their conference in Montpellier. This conference was integrally recorded. After the conference they answered questions from the audience.