You are here » The Obscure Cities » Dictionary » Mars et Avril 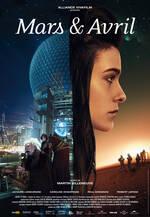 Shot on a very tight budget and with abundant use of green screen, this independent film has a significant amount of visual effects. The project was financed by Telefilm Canada, SODEC, Les Productions du 8e Art and the Harold Greenberg Fund, and is distributed in Canada by Alliance Vivafilm2) and in the United States by Gaiam.3)

Mars et Avril was selected at the 47th Karlovy Vary International Film Festival, in the section “Another View” (films displaying a unique artistic approach in both form and content). The World premiere took place on July 2nd, 2012 in Czech Republic.4) The film toured in more than twenty international festivals and opened in theaters in Canada on October 12th, 2012.5)

In 2007 AD, Villeneuve contacted Belgian comic book artist François Schuiten — best known for drawing the series Les Cités Obscures published by Casterman — who agreed to create the visual design of the film. Working together, Villeneuve and Schuiten conceptualized a futuristic Montreal, shot mostly on green screen.6) Here’s a matte painting depicting Montreal in the future, designed by Schuiten for the movie.7) 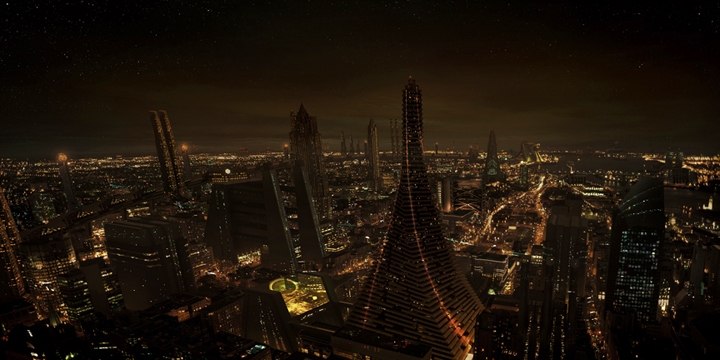 See more matte paintings and read the full interview with François Schuiten in English on Mars et Avril’s website. Read an interview with Martin Villeneuve here. And see some incredible images from the movie, along with notes from key creators on set about how they happened, on TED. English interviews with Martin Villeneuve are also available on The Gazette, The Cozy Sweater Café, Quiet Earth, eFilmCritic and BULB. In-depth interviews with the director are available in French on Z-télé, Le Nouvelliste, La Presse and Daily Mars. You can also watch these interviews on Vimeo.

The following pictures were taken when Schuiten first came to Montreal in September 2008 AD.8)

Martin Villeneuve visited Brussels on several occasions between 2007 and 2011 to work with François Schuiten. Here are a few pictures taken in Schuiten’s beautiful workshop.9) From December 7th to 11th, 2011, the famous illustrator came to Montreal once again to approve the 550 VFX shots involved in the film, work on the poster and give a few interviews.10) 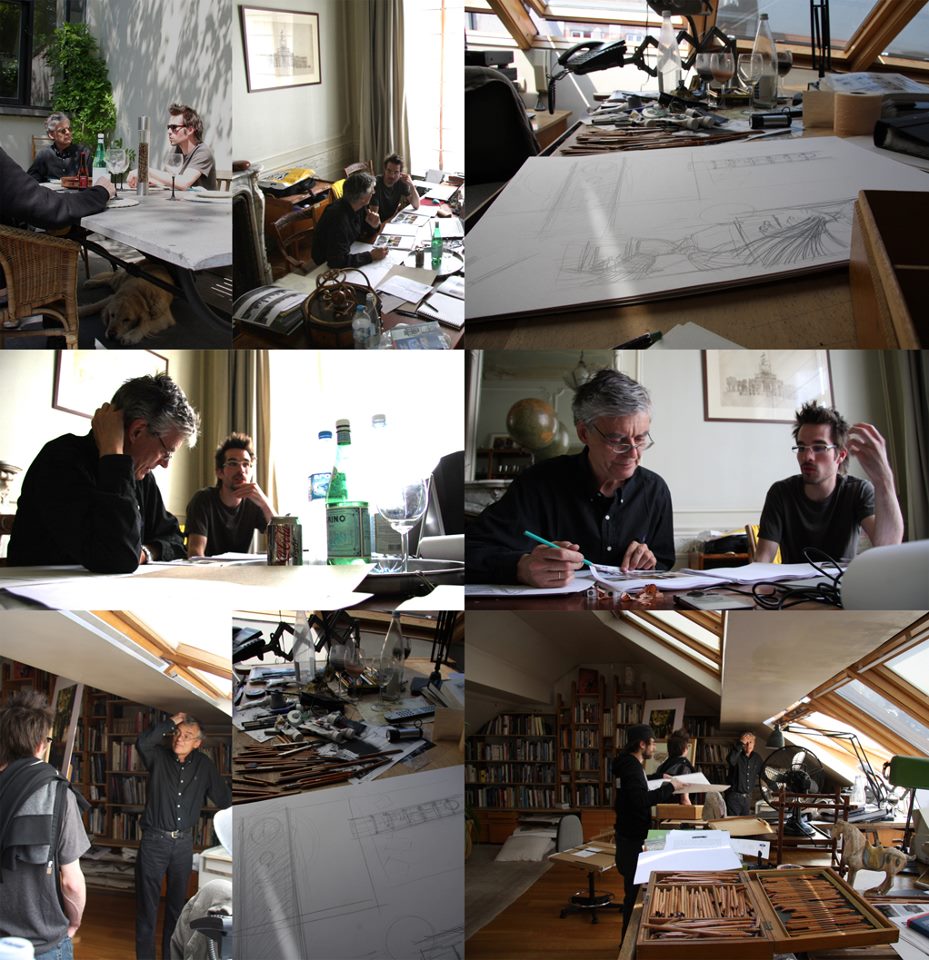 Upon his return to Brussels, Mr. Schuiten sent a message to the Montreal crew: “Thanks again for your hospitality. This was a real pleasure to share this moment and see the quality of your work.” Thanks to Vision Globale’s VFX supervisor Carlos Monzon for this beautiful picture, taken during Mr. Schuiten’s memorable visit. – From left to right: lead actor Jacques Languirand, production designer François Schuiten and director Martin Villeneuve.11) 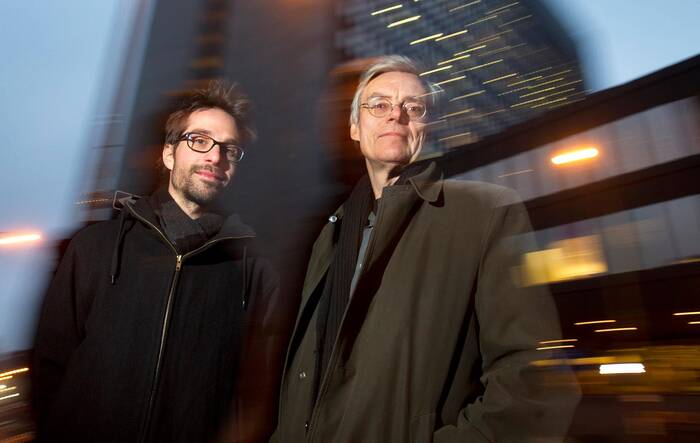 Here are the costumes of the cosmologists inspired by the comic book Fever in Urbicand by Schuiten & Peeters (Casterman, 1985). But who exactly are the cosmologists? A powerful brotherhood of illuminati? Cybernetic Templars? Or just some passionate celestial (or divine) scientists? For now, they remain a mystery.12) 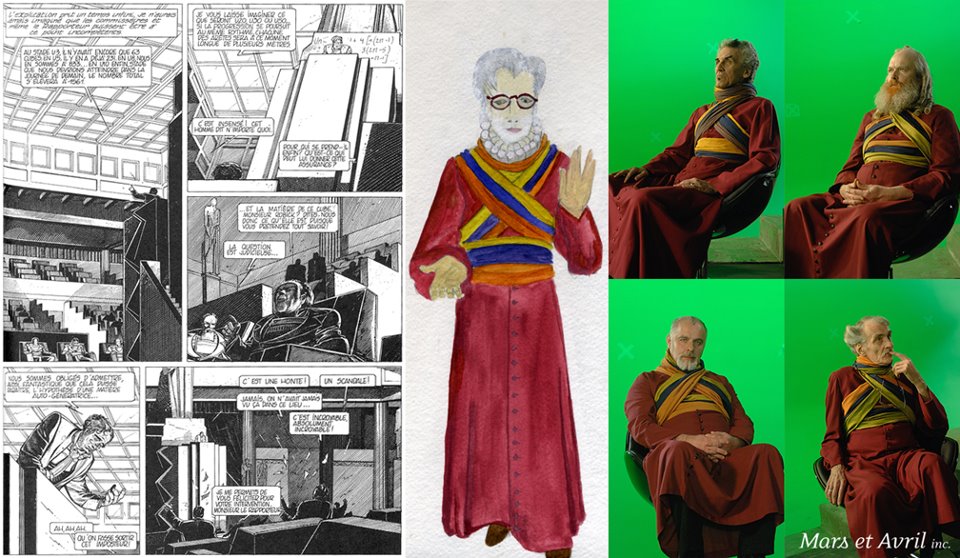 The costume of the Marsonautes, from François Schuiten’s first sketch and Mariane Carter’s design to the final model. The costume is made out of a fabric with a tan semi-gloss finish and a textured patina. There is a front light on the torso, and small reflectors inside the collar and helmet. The shell and antenna on the back act as solar energy (or brain waves) panels. An electromagnetic field has also been added to the helmet in post-production.13) 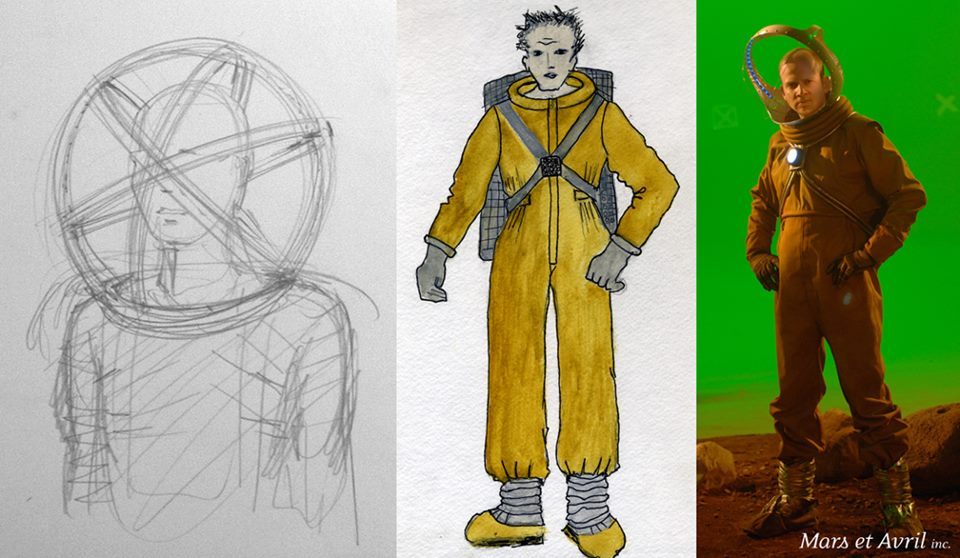 A setting of Fever in Urbicand, cult album in The Obscure Cities series, appears in the movie Mars et Avril. As a matter of fact, François Schuiten kindly agreed to have a 3D model made out of his futuristic auditorium, for a scene taking place inside the Temple of Cosmologists. It is on this impressive set that Eugène Spaak (the character portrayed by Robert Lepage) gives his conference. For the record, the author of Mars et Avril had this image in mind when writing his books, a few years before Schuiten joined the team.14)

On December 9th, 2011, a brainstorming was held concerning the film poster, involving production designer François Schuiten, artistic director Jonathan Nicol (from the Sid Lee Agency), conceptual artist D. Jeevan and director Martin Villeneuve. About 40 concepts were outlined during this working session, and 3 were selected to proceed to more advanced illustrations.15)

Here are 2 poster designs that were considered, but ultimately rejected:16) 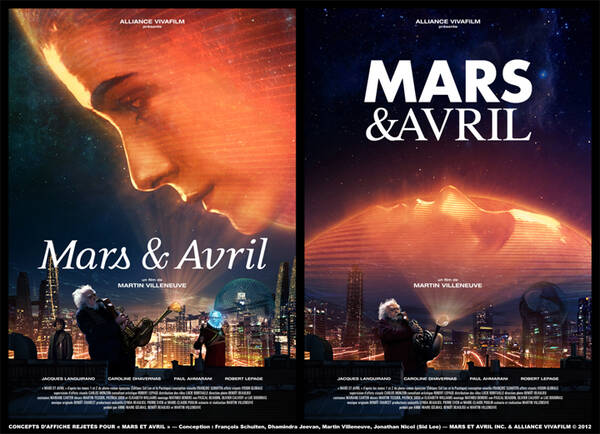 And here’s the final concept, approved by the Canadian distributor, Alliance Vivafilm, that was revealed on Mars et Avril’s official Facebook page on March 11th, 2012:17) 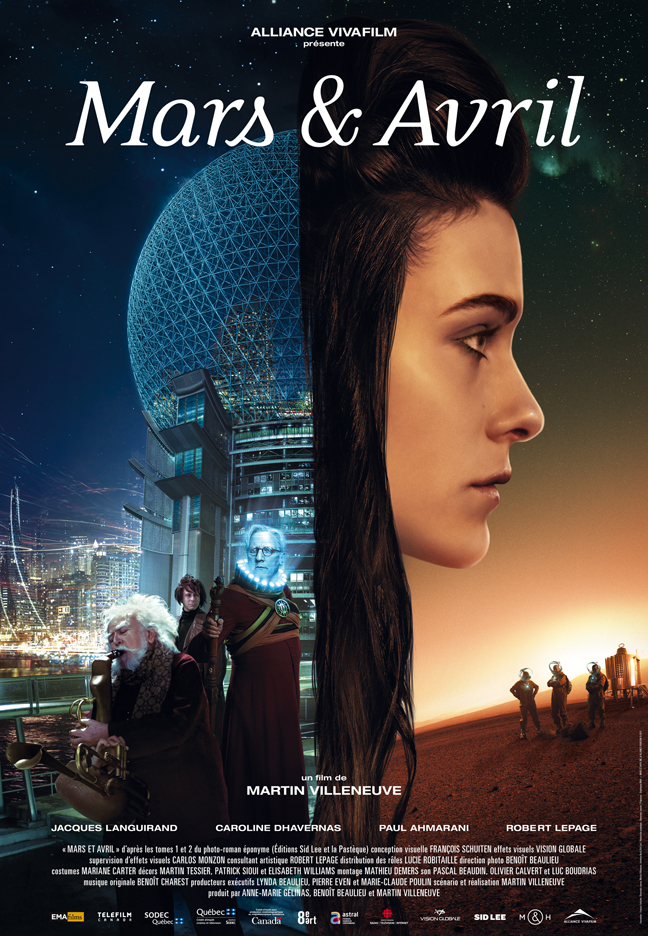 It is unclear how far in the future Mars et Avril is set, as it is not specified in the movie itself. However, a moving one-minute short called Two Immortals: Prelude to Mars and April, released as a teaser in 2011, suggests that the main plot takes place in April 2047:

A series by Renaud Plante & Bruno Pucella unveiling the creation of the film.

Interview with the main creators, including François Schuiten (12 minutes, French):

Filmmaker Martin Villeneuve talked at TED201318) about Mars et Avril, the Canadian sci-fi spectacular he made with virtually no money over a seven-year stretch. In a charming talk, he explains the various ways he overcame financial and logistical constraints to produce his unique and inventive vision of the future.19) 20)

Prior to his talk, the opening sequence of the film was shown, as well as a three minutes overview of the steps leading from the green screen to the final images:21) 22) 23)

Martin Villeneuve's talk, “How I made an impossible film,” was released on TED.com on June 7, 2013, and a month later was added to TED's movie magic list, notoriously featuring directors James Cameron and J.J. Abrams.24) Since then, Mars et Avril is being referred to as the “Impossible Film”, has been sold to the U.S. and is now available on Amazon, U.S. iTunes and GaiamTV.25) The film is also available on iTunes in Canada, Francophone Europe and the UK, among other digital platforms.26)

The Mars et Avril DVD was released on March 19th, 2013 and contains tons of bonus material. Here's an overview of what you'll find:

Thanks to Martin Villeneuve, we can show you some of the artwork featured on the DVD:

The DVD is distributed through selected Canadian shops and Amazon. You can also find Mars et Avril on several streaming video sites, like Amazon and iTunes.