You are here » The Obscure Cities » Dictionary » Art Deco 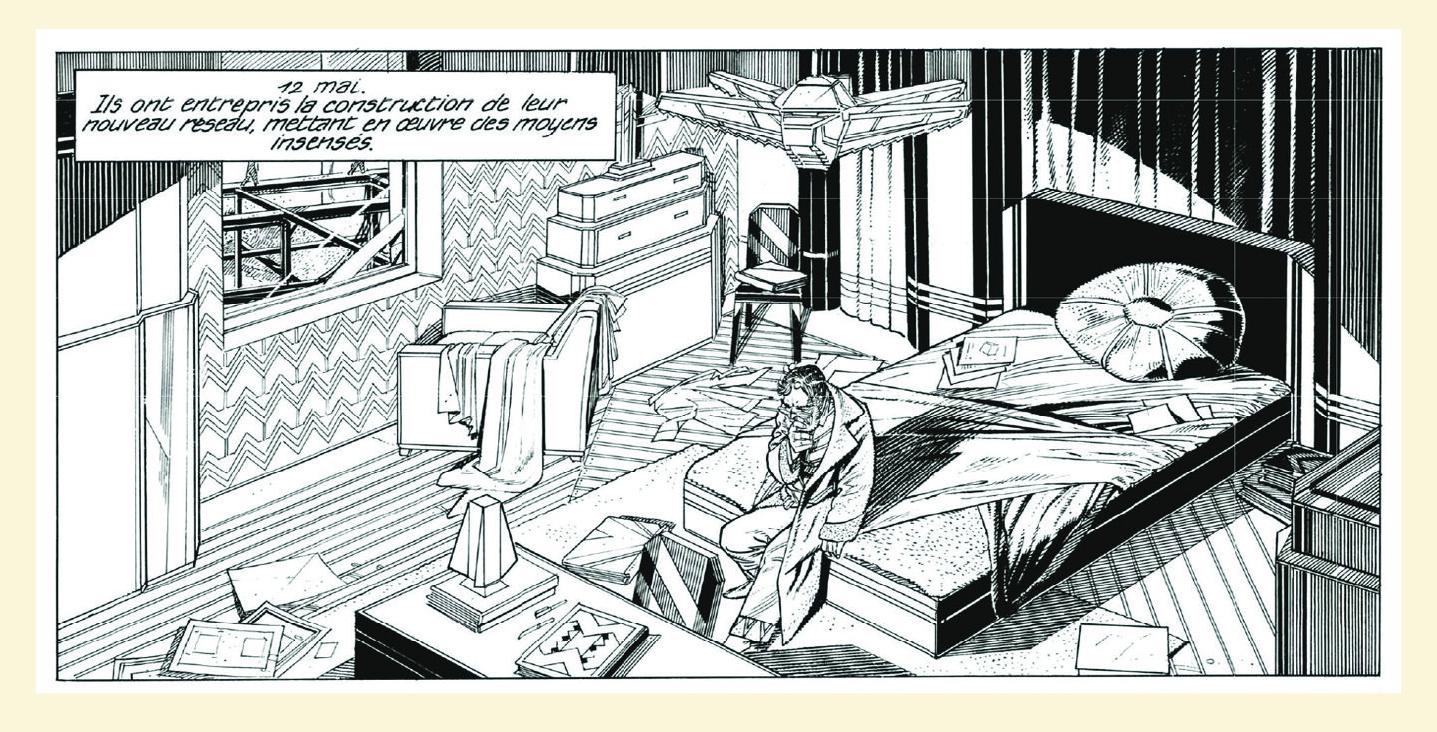 Art Deco is derived from the International Exhibition of Modern Industries and Decorative Arts, held in Paris in 1925 AD. It is a broad style, difficult to describe in a few words, but is generally characterised by geometric and idealised forms. The architecture of Urbicande can be considered to be a very severe form of Art Deco.

Extract from the interview with François Schuiten and Benoit Peeters in “Le théatre de l'architecture” by Samaris in Urbicande (Press kit for Les Murailles de Samaris, 1983):

Francois schuiten : “I don't think it's a coincidence that we took the 1900 style, “art nouveau”, as the starting point for our first story. It's a style that really pushes you to imagine a whole city, because the architects of the time tried to conceive of every conceivable object. The style that followed, art deco and the whole monumentalist movement that we describe in Urbicande, is a somewhat similar trend from this point of view. There too, clothes, cutlery, even the smallest decorative elements were planned.

Benoit Peeters: “But what is very important for us, from the moment we are neither in realism nor in science fiction, is to give as strong a presence as possible to the universe we are developing. So styles like that, with their encompassing nature, are the starting points for us.”

FS: “In that respect, Urbicande's style is a rather curious mix. I started from several trends, often very different from each other. First of all, there are the futuristic projects of Antonio Sant'Elia. There are also all the works done between 1925 and 1930 by the students of the École des Beaux-Arts in Paris: in these drawings, what is very surprising is the effect of dramatisation obtained by the renderings: everything is theatrical and grandiloquent, even a small house in the middle of the countryside appears like a cathedral in the middle of a storm.”

BP: “Another influence that is certainly important is that of fascist, Nazi and Stalinist architecture. These different styles started from futurism, so a deliberately modern aspect, and then they evolved towards neo-classicism, but always keeping the monumental side. From one country to another, we find this desire to obtain the widest perspectives, the widest avenues, the highest façades.”

FS: “The leitmotif running through all this is the idea of staging. We want the architecture to impose itself, to make the individual feel crushed.”