You are here » The Obscure Cities » Dictionary » Amiens Cathedral

The Cathedral Basilica of Our Lady of Amiens or simply Amiens Cathedral, is a Roman Catholic church. The cathedral is the seat of the Bishop of Amiens. It is situated on a slight ridge overlooking the River Somme in Amiens, the administrative capital of the Picardy region of France, some 120 kilometres (75 miles) north of Paris 1).

The cathedral was built almost entirely between 1220 and c. 1270, a remarkably short period of time for a Gothic cathedral, giving it an unusual unity of style. Amiens is a classic example of the High Gothic style of Gothic architecture. It also has some features of the later Rayonnant style in the enlarged high windows of the choir, added in the mid-1250s. 2)

Its builders were trying to maximize the internal dimensions in order to reach for the heavens and bring in more light. As a result, Amiens cathedral is the largest in France, 200,000 cubic metres (260,000 cu yd), large enough to contain two cathedrals the size of Notre Dame of Paris.3)

The cathedral has been listed as a UNESCO World Heritage Site since 1981. Although it has lost much of its original stained glass, Amiens Cathedral is renowned for the quality and quantity of early 13th-century Gothic sculpture in the main west façade and the south transept portal, and a large quantity of polychrome sculpture from later periods inside the building. 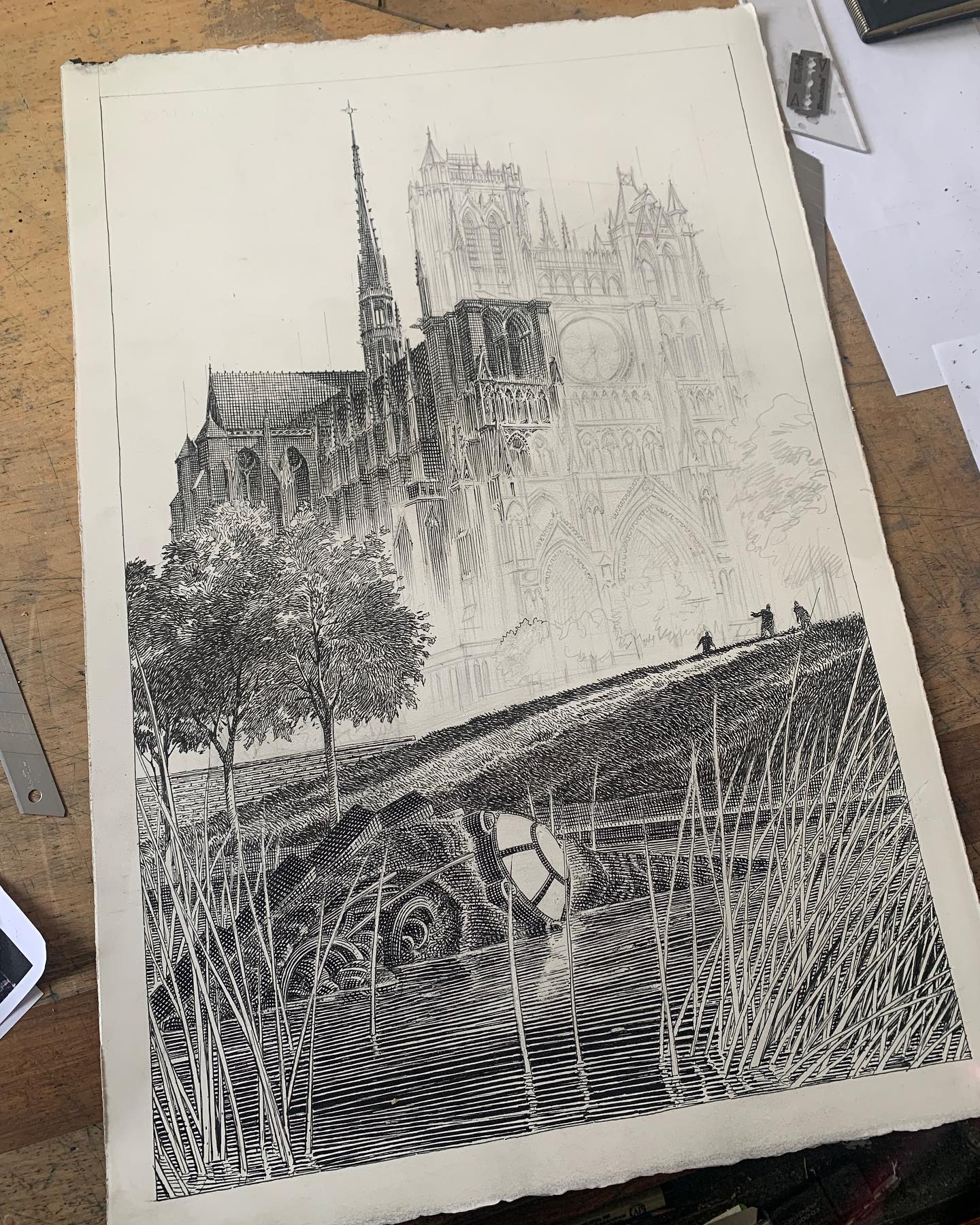