Rumors: François Schuiten will draw the next Blake & Mortimer

According to the article “Schuiten s’attaque à Jacobs” as published in La Dernière Heure (Belgium newspaper) of October 1st, 2015 François Schuiten will draw an episode of Blake & Mortimer by Edgar P. Jacobs. The scenario will be made by Thomas Gunzig. The album is projected to be published in 2017.

We cannot show you the article of La Derrière Heure anymore, but Thomas Gunzig confirmed the news a few days later by the following tweet. 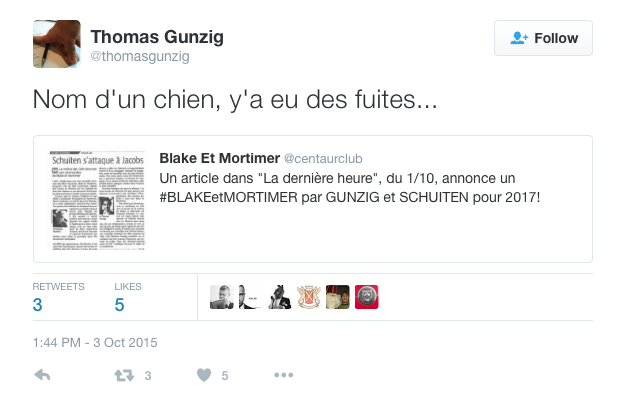 Edited on August 24, 2016 at the request of Copiepresse sccrl, the right management company of La Derrière