You are here » The Obscure Cities » Gallery of Artwork » Port-folio, objects & series of images » Express 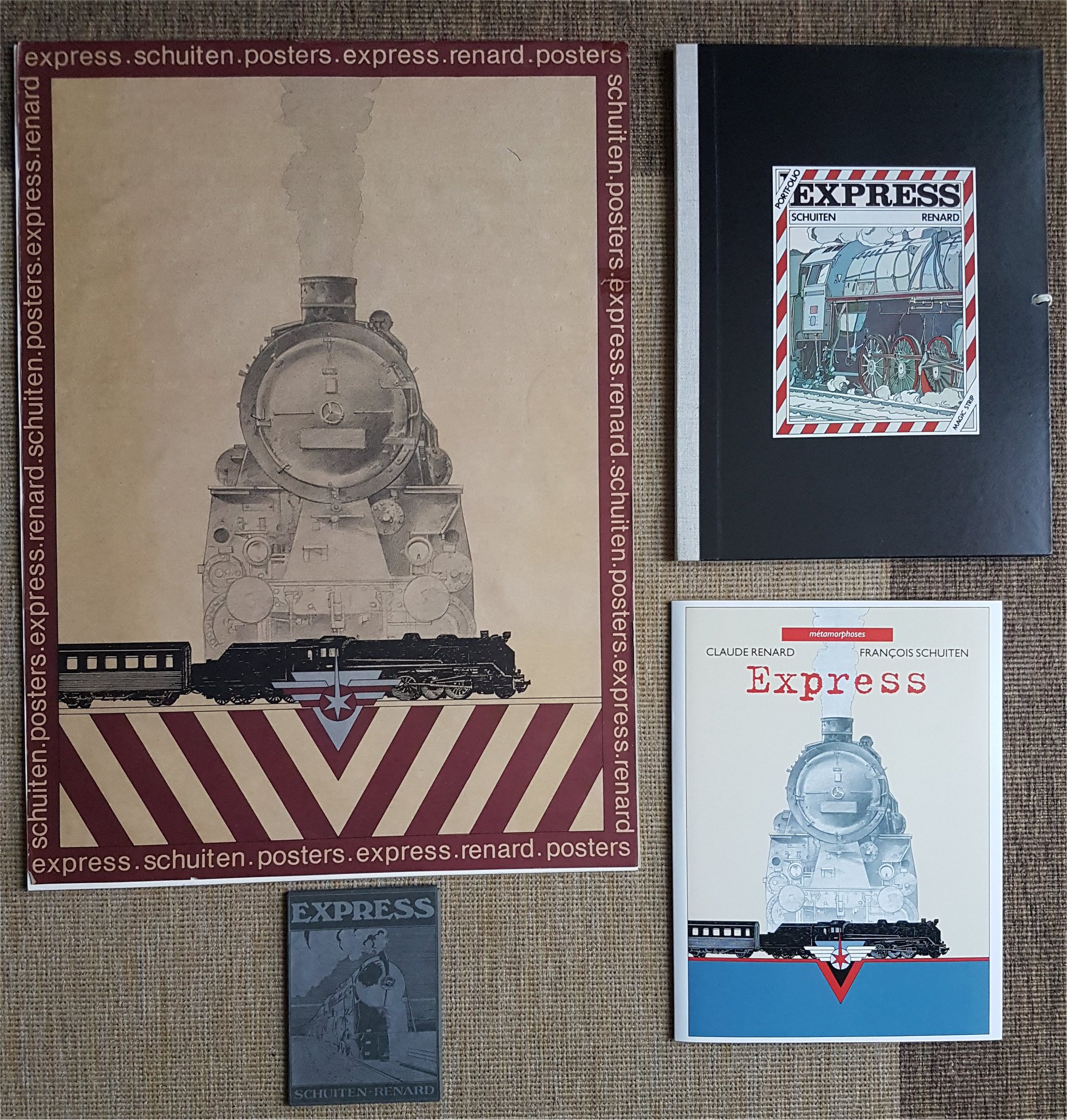 Express is a port-folio of 8 images by Claude Renard and François Schuiten, edited by Magic Strip in 1981. This edition is numbered and signed (999 copies).

The set of 8 images form a narrative suite. So it's almost a real comic. It happens in a train, and it is actually very close to the atmosphere of the album The Rail, created by Schuiten and Renard.

These images were also included in “ Quai des Bulles ”, a collective album devoted to trains in comics.